VAYNERMEDIA GROWS UP, TAKING BRANDS FROM TIKTOK TO THE SUPER BOWL 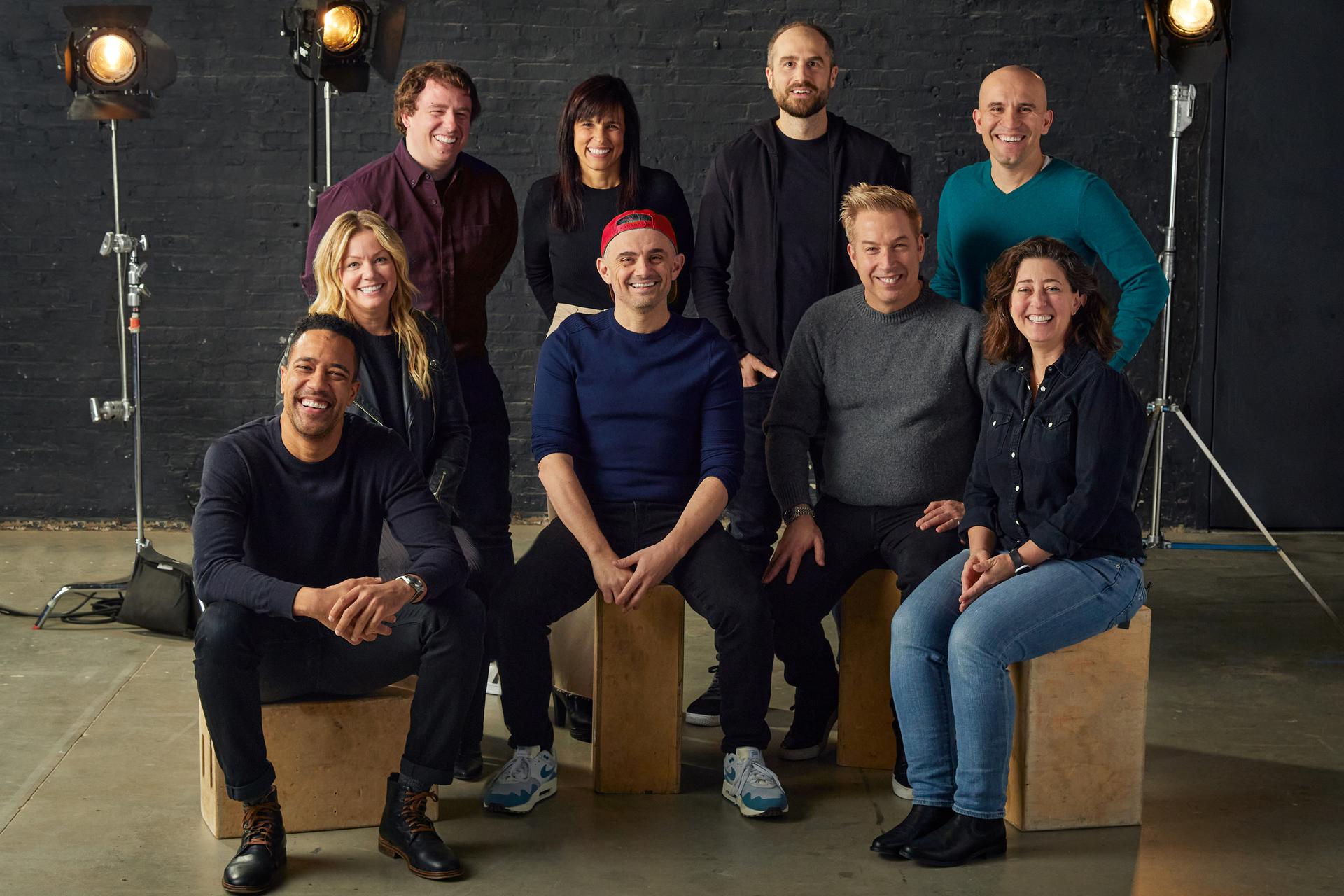 When Gary Vaynerchuk, CEO of VaynerMedia, reflects on the past year at the agency and how it has matured, he cites one of his prouder moments— bringing back the famous Clydesdales for a Budweiser Super Bowl commercial. “Doing a Budweiser Super Bowl spot is kind of like one of those things that you’ll always remember,” Vaynerchuk said, “especially when you get to do it with a Clydesdale.”

In many ways, this was the culmination of VaynerMedia’s grind over the past seven-plus years working with Anheuser-Busch InBev. VaynerMedia started as AB InBev’s social agency, then a creative agency and ultimately won the coveted Super Bowl campaign this year. The progression shows the industry is coming around to Vaynerchuk’s view on how advertising and brands are built.

“I think they kind of decided we grew up,” Vaynerchuk said. 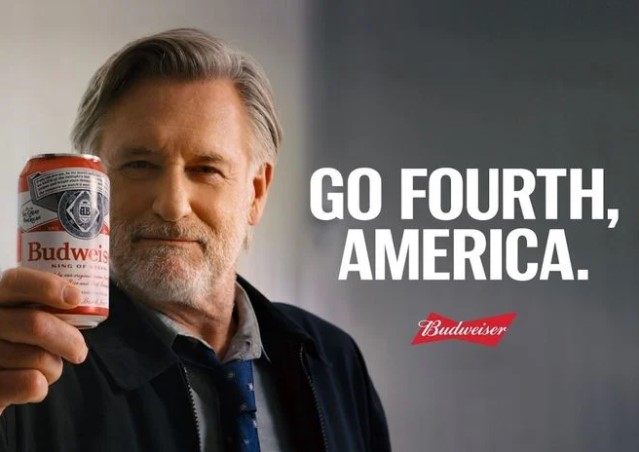 So, too, has the industry. VaynerMedia in 2021 secured 37 business deals with brands, including bringing on Durex, Tinder, American Eagle, DraftKings and Walmart as clients. These clients all use different parts of the VaynerMedia machine, whether it's media agency services, social media creative, data and analytics and now, consulting. The agency said media spending from its clients grew 75% year-over-year, which now includes offline channels—so again, it’s not just digital anymore.

A VaynerMedia spokesperson said that revenue is on track to increase this year 31% over 2021, although the privately held agency does not disclose exact revenue figures. VaynerMedia also launched VaynerNFT last year, after the CEO made NFTs a personal focus, seeing the potential in what Vayner calls the “consumer blockchain.” Pepsi and Budweiser were two of the brands VaynerNFT helped launch into these metaverse-adjacent technologies.

“A lot of what we’re doing at Pepsi is trying to find partners that are willing to break the conventional Madison Avenue model,” said Todd Kaplan, PepsiCo’s head of marketing. “What I really like is the fact they’re not the big-box agency. They’ve grown up, but can be scrappy, too.” 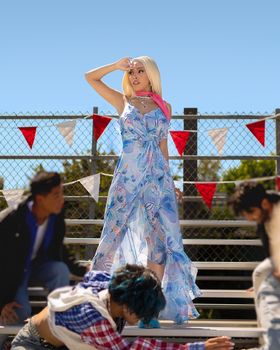 Vayner's NFT project, “Pepsi Mic Drop,” has been considered one of the more successful examples of a brand tapping into the experimental frontiers. Besides NFTs, VaynerMedia also helped Pepsi with creative campaigns such as Doja Cat’s performance of “You’re the One That I Want” from “Grease” in a commercial. VaynerMedia “runs the gamut, big to small,” said Kaplan, from composing tweets to producing music videos. Production also just got a little easier this year after Vaynerchuk opened Eva Nosidam, a production agency with the backward-spelled “Madison Avenue” message in its name.

VaynerMedia’s team talks a lot about “integration” at the agency. Vaynerchuk refers to the integration of “upper funnel” and “lower funnel,” where a brand goes from big brand messaging to more targeted goals, which generate sales and sign-ups. “We are dangerously close to having upper funnel and lower funnel creative in a really scary good place,” Vaynerchuk said. “We are truly very unique in the fact that we are wildly strong at TikTok creative in comparison to the market, yet we did the most Super Bowl spots.”

John "JT" Terrana, VaynerMedia executive VP of media solutions, said that the team has brought on some 150 new media staffers since he joined in 2020, and they all produced content within their first three months. “We are really truly trying to become the single most integrated thing on the planet,” Terrana said.

“We actually have media people creating ads and running those ads themselves,” Terrana said. Meanwhile, there are “creative folks and strategy folks leaning into the quantitative side of data.”

What are all these content creators doing? Lately, there have been a lot of TikTok videos, and there are tweets, Instagram Reels and any other format in digital media. TikTok stands out, because it’s a platform that has captured the marketing world.

VaynerMedia has been raising the level of TikTok proficiency for brands including Tinder and Durex. With Durex, its TikTok videos generate tens of thousands of views, if not more than a million, in some cases. The condom brand’s posts incorporate memes and animation in a way that fits with the overall TikTok aesthetic. Durex only started posting in September, reflecting VaynerMedia’s influence already. Meanwhile, Tinder runs a prolific TikTok page, too, with creators and daters sharing their love-matching stories almost daily.

Rob Lenois, VaynerMedia’s chief creative officer, said that the agency’s mission “is insanely clear right now.” It’s the same approach that worked on Facebook in the early days, or Twitter—post regularly, daily, go viral and build that into a bigger campaign. “TikTok, there is no greater insight-generating machine on the planet right now,” Lenois said. “That window is not forever.”

VaynerMedia is taking advantage of TikTok while it can because the agency has found that the platform is efficient; ads are cheaper before all the brands pile in and drive up the competition.

Terrana said that VaynerMedia intentionally tried to “become the best and fastest TikTok agency in the world,” and he returns to the idea that “integration” is the advantage. “We’re able to move the fastest, so we’re pushing bigger media spend onto TikTok.”

“Our philosophy as a media team is rooted in what we call underpriced attention,” Terrana said. “So, [that is] where there is a shitload of eyeballs, but the money hasn’t flowed in that direction yet.”

The Planters concept started with an Instagram post, asking people to debate how they eat nuts, one at a time or by the handful. And it turned out people liked to argue on social media about mundane differences.

“The model is bottom-up,” Buckley said. “Ultimately, what we’re doing is really putting out lots of contextual creative against multiple cohorts, seeing what works and then scaling to something bigger.” 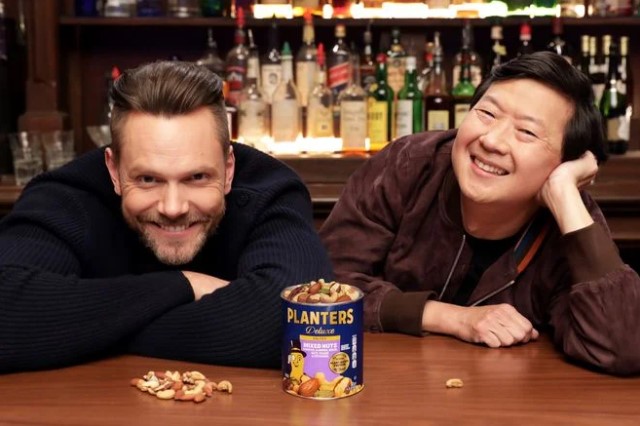 Last year, VaynerMedia tested the model with Scotts Miracle-Gro, which was having a resurgence with all the new hobbyists planting during the pandemic. Buckley said the campaign started by targeting different groups with creative messages and seeing what stuck with people. One group that rose to the top was the gardening fathers. VaynerMedia used that kernel of an idea about how dads take their alone time in the garden, mined from social media, to spin it into a Super Bowl spot with John Travolta and his daughter.

“Clients are reaping the benefits of a different way to go to market,” Buckley said.

Vaynerchuk said that his agency took a different path to the market, the one that identified social media early on as the way to build brands. “This is the thing that they’re starting to value, and we’re the No. 1,” Vaynerchuk said. “It bodes well for us to grow a lot.”