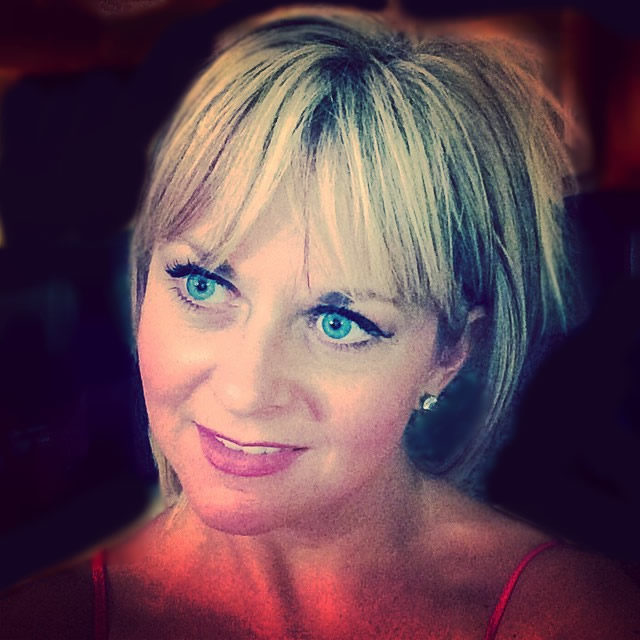 Roulez Media is named for the Cajun French phrase "Laissez les bon temps rouler" - "Let the good times roll." The word "roulez" means, "we roll forward." In all things we do, our innovative spirit, passion and tenacity drive us forward.

Serial offenses of stalking, rape, extortion, terroristic threats and attempted murder. For five years, film producer-director C.Kimberly Toms survived these acts at the hands of a Supervisory Special Agent for the U.S. Department of State. Destined to die and rejected by all of the police entities she approached, Toms headed to Washington, DC to unveil the secrets of the serial offender empowered to hold the Dalai Lama’s hand. To her surprise, the U.S. Department of State left her to her own devices against their highly trained offender.

So Toms fought the system while they kept his secrets. Living in hiding for years and unable to work or use her social security number, film became the only means for Toms to reveal her story to the American public. She had two days to shoot, $1500 and zero connections in the region in which she hid. Yet, a team came together to save her life and make this impossible film, not realizing that after the first day of production the offender would strike again…and again…

Everyone needs a Hero.

Hero Film Festival & Awards recognizes visionaries who use their filmmaking voice to forge new pathways through the human condition. This non-traditional film festival and awards competition accepts entries from around the world with a welcoming spirit and the drive to bring acclaim to those voices that need to be heard.

As the film festival landscape is vast, Hero Film Festival & Awards maintains the utmost of integrity in this niche approach to jury selection and film recognition. Our primary goal is differentiation of films with a conscience, those shining a spotlight on extraordinary people and their heroism. In turn, Hero Film Festival & Awards boosts industry professionals behind these scenes through credibility and the motivation publicity brings.

Of course, Hero Film Festival & Awards is not just about heroic depictions and stories that challenge the next generation. HFF also shines a light on talented producers, directors, actors and other talent making their mark through high quality productions.

C.Kimberly Toms has been involved in media since the age of 14, when she first appeared in television commercials. As part of a lengthy digital marketing career she has worked in television, major motion pictures, digital video and as creative director/producer of still photography fashion shoots, in addition to serving as Chief Marketing Officer of an IR Top 400. Kimberly is currently the President of Roulez Media and the Roulez brand family. She frequently freelances as a writer and has written over four million words and 4,000 articles.

As a Chief Marketing Officer for an I.R. Top 400 brand, C.Kimberly Toms repeated one statement on more than one occasion to cool the fervor of stressed creative employees. That statement was simply,

Don't worry, no one dies in marketing.

But little did she know that her marketing skills would soon save her life.

In 2013, Kimberly was criminally victimized by a serial offender, also a supervisory special agent for the U.S. government. Ignored in her year-long quest for assistance against the "good fed with the badge," told she would be "collateral damage" and brushed under the rug by federal entities keeping the story "quiet," Kimberly enlisted her digital marketing and production talents to outsmart her offender and shine a light on responsible parties.  What was her creative solution to her life-or-death struggle in anonymity? She produced a documentary film.

The film was meant to keep her alive, but also helped investigators find her when the offender struck again...and again. You can learn more about this remarkable film called Escaping Fed and her creative use of "marketing" skill at EscapingFed.com.

The national trial of her offender takes place in August 2019 in Wisconsin. The former supervisory special agent faces 190 years in prison.

Today, Kimberly prepares for the aftermath of her six year journey for survival. That new beginning takes place in September 2019 and falls under the umbrella of her latest agency brand, Roulez Media. "Roulez" hearkens back to her New Orleans roots and is French for "we roll forward." The company is so-named as life does, indeed, go forward...and so does marketing.

Kimberly is the perfect of example of what it means to be a "true creative."

For five years, digital marketing veteran C.Kimberly Toms survived these acts at the hands of a supervisory special agent for a top federal agency. To her surprise, that agency abandoned her as collateral damage.

Toms' creative skills became the only means for her survival. So she made a film, not realizing that after the first day of production the offender would strike again…and again…

Kimberly is living proof that creativity and tenacity can bring evil down. Learn more at EscapingFed.com.