Pablo del Campo is back, with a new Buenos Aires-based agency called Del Campo Global that will focus on entertainment and content. 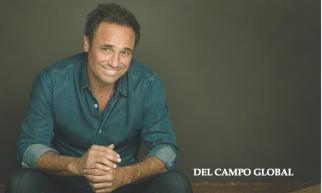 Del Campo has been sitting out a non-compete agreement with Publicis Groupe since leaving Saatchi & Saatchi, where he was worldwide creative director, in April 2016. He earlier built and ran one of Argentina's leading agencies, Del Campo Saatchi & Saatchi, mixing award-winning creative with a strategy of doing regional and global work from Buenos Aires for Procter & Gamble and other international clients. (Del Campo Saatchi & Saatchi was named Ad Age's International Agency of the Year in 2011.) Even after he took on Saatchi's global creative role in 2014, he remained based in Buenos Aires and traveled extensively.

"Our idea isn't to compete with ad agencies," Del Campo says of his new venture. "Our spirit is to add, to generate business opportunities that offer clients more."

He also has experience as a theatrical producer. He owns the rights in some countries to "Next to Normal," a 2008 American rock musical that Del Campo has staged in Buenos Aires for the last six years. He's in Spain this week to open the play in Madrid.

Del Campo Global's new office is in Palermo, a Buenos Aires neighborhood so fashionable that it is divided into Palermo Hollywood and Palermo Soho. The new office contains a table made from some of the 90 Cannes Lions trophies Del Campo has won at the festival, where he was also a judge three times, according to an article in Argentine daily La Nacion.

His Lion-winning work includes "Teletransporter" for Anheuser-Busch InBev's local Andes beer, which showed guys hanging out in bars while convincingly pretending to be elsewhere.

His previous agency has dropped the Del Campo name and left its former offices, a complex of former stables in horse country-turned-suburbs north of Buenos Aires. Now called Saatchi & Saatchi, the agency is a shadow of its former self. Pablo del Campo's former lieutenants Maxi Itzkoff and Mariano Serkin both left, and the three executive creative directors that followed them all decamped to rival agency Santo.

Del Campo declines to discuss Del Campo Global's new clients, saying only that he will be developing projects for companies in the alcoholic beverages, tourism, e-comerce, health and credit card categories.