On January 22, 1984, Apple released a Hail Mary ad for its Hail Mary new computer and left an indelible mark on culture
READ THIS NEXT
As Verizon tries to offload HuffPost, a history lesson from Rupert Murdoch 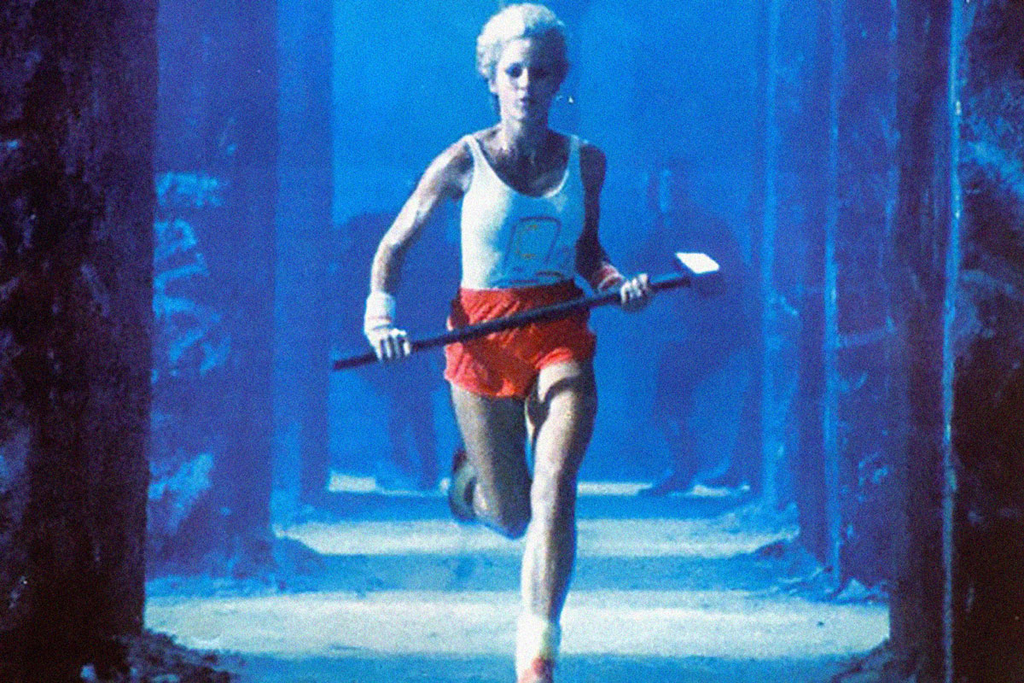 It’s hard to imagine, but there was a time when people tuned in to the Super Bowl to watch football. That would no longer exclusively be the case after January 22, 1984, when Apple ran an ad for a new computer called Macintosh. In a Ridley Scott-directed commercial titled “1984” that has been lauded, dissected and cited endlessly in the 36 years since, Apple would alter the face of personal computing—and Big Game commercials—overnight.

The famously lavish TV spot featured a female athlete, played by British discus thrower Anya Major, running though an Orwellian congregation to smash a “Big Brother” character with a sledgehammer. The symbolism was hardly subtle: Big Brother was Big Blue and Macintosh was gunning for it. “On Jan. 24th, Apple Computer will introduce Macintosh. And you’ll see why 1984 won’t be like ‘1984’,” the tagline said.

By 1983 IBM had effectively beat out Apple to take the lead in the personal computer space. Apple’s two most recent product launches had bombed and the company’s stock had taken a beating. The new Macintosh—five years in the works and in some respects a Hail Mary product launch for the company—ditched the foreign programming languages and command lines of the day in favor of an intuitive, image-heavy user interface built around folders and windows with little icons for trashing and saving documents. It also included a revolutionary new feature pioneered at Xerox PARC: the mouse.

“Apple Computer, squeezed by shrinking profits, is breaking a lavishly produced, futuristic advertising campaign for a new computer on which it is staking its future,” Ad Age wrote in an article about the famous spot before it aired. “The $1 billion Cupertino, Cal.-based marketer needs to produce a new computer line to help it remain viable as the Apple II family, its enormously successful first product line, gradually loses appeal to newer, more advanced products.”

Spoiler alert: The ad, which cost $1 million to make, worked. Approximately $3.5 million worth of Macintoshes sold just after the ad ran, all the more remarkable given the device's high price point for the time: $2,500, or just a hair above $6,000 in today’s dollars. Thirty seconds in a Super Bowl ad pod in 1984 ran about $250,000, or approximately $604,000 today. For the Super Bowl airing this coming February 2, brands are spending north of $5 million for a half-minute of airtime. Apple almost single-handedly helped make that real estate so very valuable.

“What ‘1984’ as a commercial for Apple really signified was the first time somebody could put a great deal of production money into a single commercial and run it only once and get tremendous benefit from running it only once,” the late John O’Toole, then president of the 4A's, told Ad Age in 1994.

To be fair, “1984” didn’t air “only once.” Conceived by Steve Hayden, Brent Thomas and Lee Clow at Chiat\Day, the spot first ran on KMVT in Twin Falls, Idaho, on December 31, 1983, in the last break before midnight, in order to qualify the spot for a 1984 Clio award. It won.

In the intervening years, Apple’s fortunes would rise and fall and rise again. And it is perhaps ironic that the device Apple is most closely associated with today, the iPhone, has helped usher in an era where the very idea of a television commercial is slouching toward irrelevance.

Join Ad Age on Jan. 28 as we bring together some of the top brands, agencies and creatives, including Hyundai, BBDO, Sabra hummus, Madonna Badger, Pop-Tarts and WeatherTech, to discuss what it takes to pull off a Super Bowl commercial. https://adageinsidepagessuperbowl.splashthat.com/