Ad Age's second annual Women to Watch Mexico event honored 15 outstanding women in marketing, advertising and media at a luncheon Nov. 14 at Club 51, on the 51st floor of the Torre Mayor, the third-tallest building in Mexico City. The event was organized by Adlatina, Ad Age's partner in Spanish-speaking Latin America.

This year's honorees, who spoke at the luncheon attended by almost 200 people, are leading change in a fast-moving world.

Liliana Inigo Elias brought a wealth of experience to Citibanamex when she joined as chief marketing officer four months ago. She started in packaged goods at Procter & Gamble and then Nestle, became the marketing head for a number of Walmart businesses in Mexico, then entered financial services at MasterCard. "The speed of retail is one of the most important things I learned," she told Ad Age.

She oversaw the rebranding of Mexican bank Banamex as Citibanamex in October, and is involved in Citi's transformation to digital banking, opening three digital branches in October, with more to come. 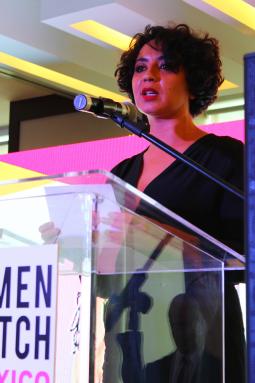 Paola Figueroa is one of the rare female creative leaders in the digital realm, overseeing 50 creatives -- half of them female -- as creative VP at Flock – Linked by Isobar. She became a digital specialist just two years ago, after developing a longtime interest in social media and joining Flock last year, shortly before the independent digital shop was acquired by Dentsu Aegis Network.

"I arrived with humility to say I don't know everything, but understand the integration of ideas," Ms. Figueroa told Ad Age. "Clients started to see us as not just a digital agency but as an integrated one."

Other agency honorees include Rocio Elizondo, an entrepreneur who brought Havas Health to Mexico, and Marta Ruiz-Cuevas, chosen to bring together all Publicis Groupe's media brands in Mexico under the new Publicis Media. 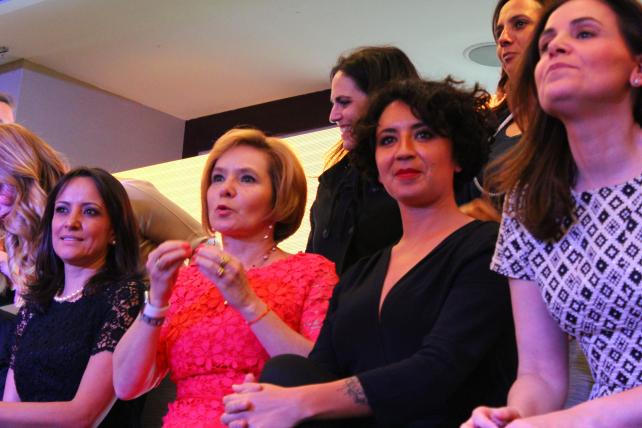 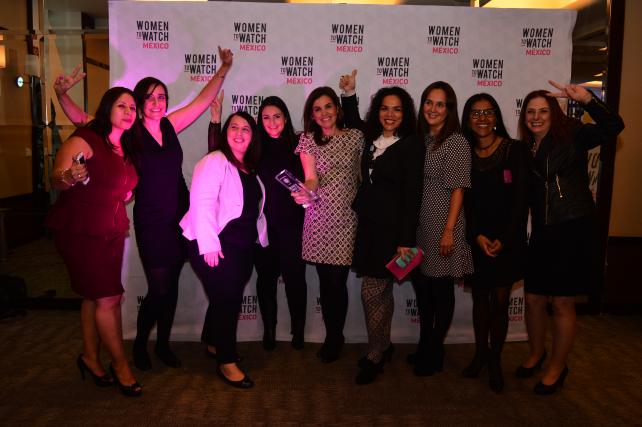 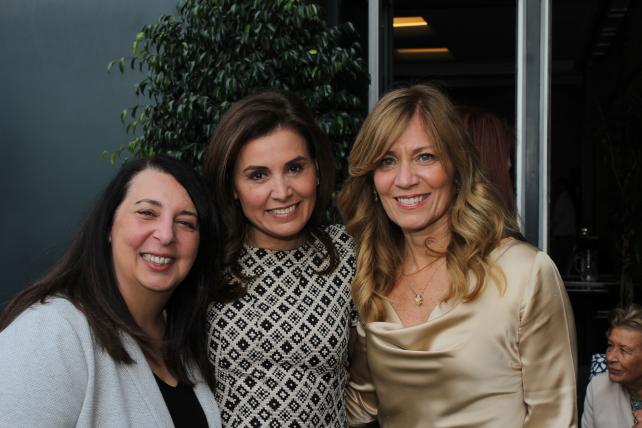 A number of this year's honorees have international roles. Lourdes Berho, who became CEO of the Mexico Tourism board this year at the invitation of Mexico's tourism minister, said she is restructuring the country's international campaigns, based on a recent segmentation study in North America that found that 18 million people were interested in traveling to places like Mexico. "We'll identify what drives them to travel and what distribution channels we need to use," she said. A similar segmentation model is coming up for Europe. 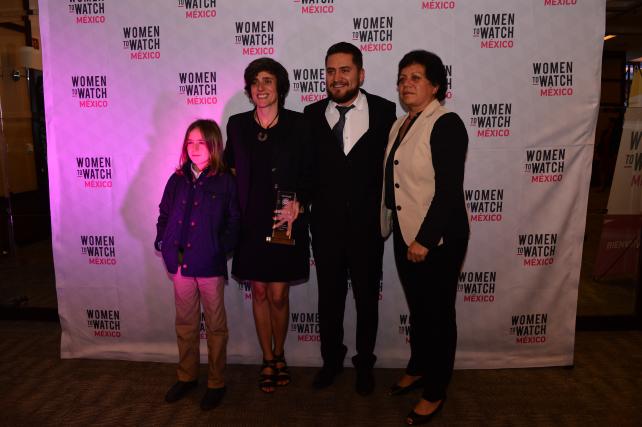 Honoree Xiomara Martin Matos, from Unilever, with her family.

Known for mining strategies for both brands and buyers of Unilever's products as consumer marketing insights director, Xiomara Martin Matos is responsible for 15 categories in 15 countries in Latin America. She was one of several honorees to allude to the recent U.S. elections, saying that "a door has opened to hatred and validating sexism." She said three things are clear: "Believe in ourselves; have clear objectives; and unite, not just as women, but as Mexico."

Alejandra Villarreal, a Unilever and Danone veteran, joined Henkel a year ago as director of marketing, for laundry products such as detergent brand Persil and homecare in Latin America, which includes markets like Guatemala, where she says many women still wash clothes by hand. She works with Greenpeace and children's groups such as UNICEF and her job at Henkel, which she says takes corporate responsibility seriously, aligns with her core values. "In Latin America, it doesn't matter if you have the resources, you are resourceful," she said. 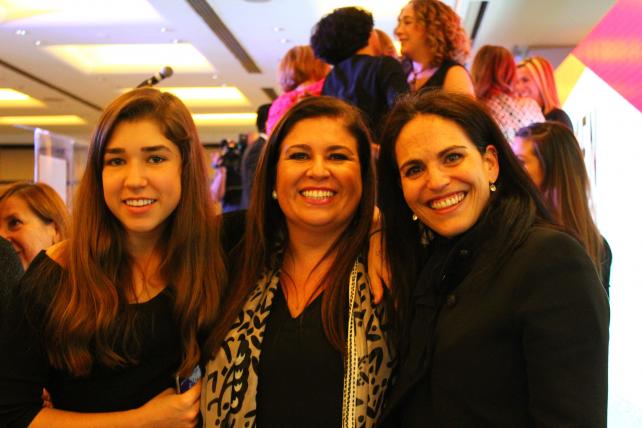 At Women to Watch events, many honorees come with family members as well as colleagues. Olga San Jacinto brought her 13-year-old daughter Sofia, with whom she made a joint decision to move to Mexico two years ago for Google, after working with Google Maps in New York and earlier being part of Google's initial launch team in Europe. In Mexico, her role is to accelerate revenue growth, including mobile. "That includes helping Mexican companies to sell in other countries digitally without opening physical stores," she told Ad Age.

Esperansita Bejnarowicz's mother and sister flew to Mexico City from Toronto for the event. Ms. Bejnarowicz, a Canadian, moved to Mexico from Detroit six years ago to introduce digital initiatives for Fiat Chrysler Automobiles Mexico and now oversees all advertising for the company's seven brands. (A house ad in the Women to Watch Mexico program by FCA agency Richards/Lerma salutes Ms. Bejnarowicz, below a snapshot of her with her two small sons, for managing FCA advertising, a family and a career at 200 kilometers an hour.) 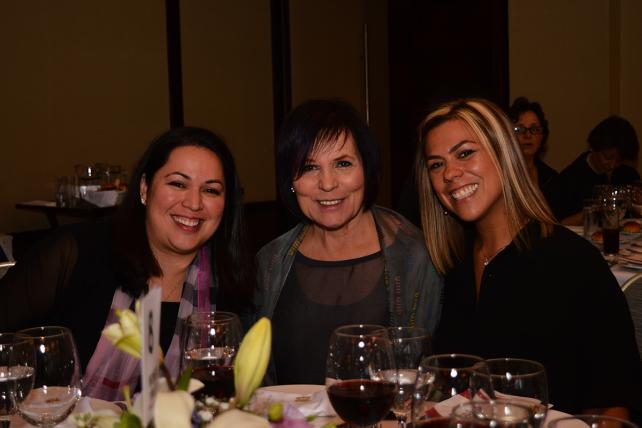 Honoree Esperansita Bejnarowics (at right) with her sister and mother.

Ms. Bejnarowicz, better known as Es, made her remarks at the event from her perspective as an amateur boxer: "When a blow lands, there's a way to receive it. If you're ready, you use the energy to hit back harder."

Another honoree from the auto industry, Ana Paulina Velazquez, was hired away from Renault last year to help launch the Kia brand, a latecomer to Mexico, and has already been promoted. 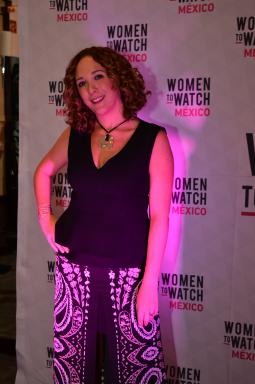 As proof that Mexico's honorees are truly women to watch, half of the 14-person inaugural Women to Watch Mexico class from 2015 has already been promoted or changed companies since last year's event in Mexico City. Maria Teresa "Mariate" Arnal, who was leading digital transformation as CEO of JWT Mexico, joined Twitter in September as director general for Spanish-speaking Latin America. Former Saatchi & Saatchi CEO Analu Solano has been general manager of Cheil Mexico for the past three months. Regional Coca-Cola Co. creativity and content exec Marta Fontcuberta has been promoted to a global Coke role in Atlanta, and Magdalena Ferreira Lamas has gone from VP-marketing at Avon to general manager. Laura Tapia, director of marketing capabilities for Latin America, has left P&G to be a consultant. And Carolina Arana, a former swimmer, took very early retirement from Kellogg to run and grow three swimming schools she started with her husband. Up next, starting Dec. 1, agency veteran Lourdes Lamasney is leaving Richards Lerma Mexico to work on the client side for the first time, as global marketing manager at Grupo Bimbo.

Here is the complete list of this year's 15 Women to Watch Mexico honorees. Congratulations to: