These were just some of the topics tackled at Ad Age Next, our biggest annual conference, held in New York City on Nov. 13 and 14. Taking on innovation in a tech-obsessed world, the event was jam-packed with panels and presentations from nearly 50 different speakers, delivering insights on where marketing is heading next. 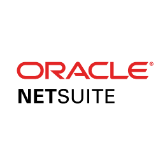