Goal Is To Prevent Bombarding People With Same Stuff, Move Them Toward Purchase

Content marketing is all the rage. But despite the underlying idea that digital media can serve each person unique content, in practice it often means the same people get retargeted with the same stuff over and over again -- not unlike TV ads that bombard viewers well after the point of diminishing returns.

Now a bevy of packaged-goods marketers have signed with OneSpot -- an ad-tech firm that promises to avoid that problem by sequencing content based on how people respond to what they've already seen or what they're doing online. The theory is that this will make things more enjoyable for people and more effective for brands -- telling coherent stories as consumers travel that well-worn road of industry jargon known as the "path to purchase."

Mondelez International, Kraft Heinz, Prestige Brands and Cargill are new clients joining a roster that includes at least one other packaged-goods player that declined to be identified, and already included Johnson & Johnson, Intel, Whole Foods Market, Serta and Delta Faucet. They're tapping OneSpot for "content sequencing," a phrase the company has trademarked and says it does uniquely.

In the case of Mondelez and its Honey Maid "Wholesome Families" video campaign launched last year, the brand was sometimes getting compliments on the vignettes and mini-documentaries depicting a wide variety of American families, but complaints from people seeing the same ones too often, said OneSpot CEO Steve Sachs. That's one reason he said Honey Maid enlisted the company to sequence such content, along with recipes and other brand communications.

"I view it as a good, solid step of taking the world of big data down into something tangible and meaningful for Honey Maid," said Gary Osifchin, portfolio lead-biscuits North America for Mondelez. While he's ultimately hoping to build sales by using OneSpot, Mr. Osifchin said sales lift is "the hardest thing to measure in everything we do." So he's looking at metrics on how people engage with content, or how they respond to survey questions indicating whether the effort is improving their affinity with the brand or their purchase intent. Mondelez is adding "buy now" buttons to all its digital assets, he added, which will help gauge sales impact -- though it doesn't make a direct link to purchases in brick-and-mortar stores or in the days or weeks after people see content.

Remington, a past OneSpot client, did find that using content sequencing behind its i-Light Pro hair removal system in 2013 helped triple sales at Amazon.

Every campaign OneSpot manages starts with an objective -- whether it's building relationships, building brand affinity or increasing sales -- said CMO Adam Weinroth. But rather than come up with pre-set content paths for every consumer, OneSpot tries to let individual response and analytics determine the optimal sequence.

For Honey Maid, he said, "The first consumer, we may want to start with an everyday snacking recipe and when she's in an environment where we retarget, present a real family story that's more equity driving, then maybe a third piece of content showing the range of the Honey Maid portfolio." A second consumer might get the equity message first, then a backyard grilling recipe for S'mores.

OneSpot isn't saying exactly how that's determined, beyond that it's based on "machine learning, data intelligence and predictive modeling." The firm says its machine-learning technology makes around a trillion content-placement predictions daily across 36 million placements a minute in display, social and mobile media, reaching 94% of the U.S. population.

Mr. Sachs came to OneSpot in 2013 from Time Inc., where he was exec-VP of consumer marketing and sales and before that president of Real Simple. He said he saw an opportunity to help marketers become better content publishers.

In part, OneSpot is trying to address a paradox of digital marketing, particularly video. Optimal spending levels behind a particular ad or video usually top out faster online, particularly on mobile, than other media, not because it's not reaching people, but because they're actually seeing it and getting tired of it faster, according to Marketing Evolution CEO Rex Briggs.

"The wear out on video is high," Mr. Sachs said. "The opportunity for marketers is to answer the question what's next? What's the next thing I should serve them?" 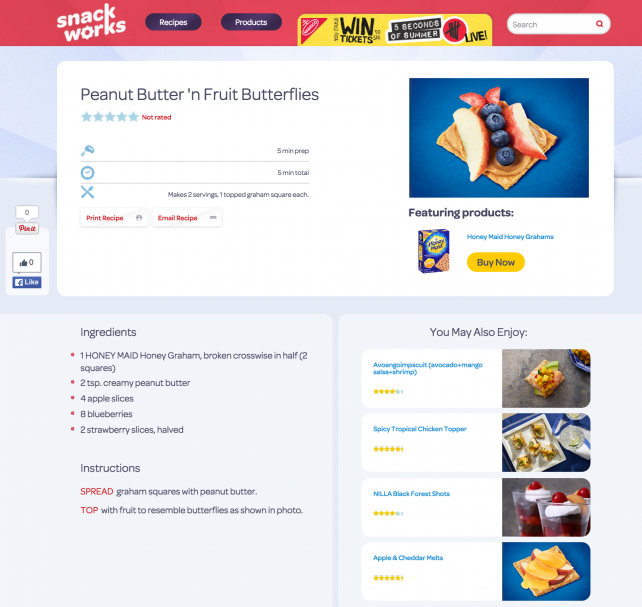 From recipes to video vignettes, OneSpot aims to make sense of the sequence in which people see brand content.