Gaming is the future of social good integrations 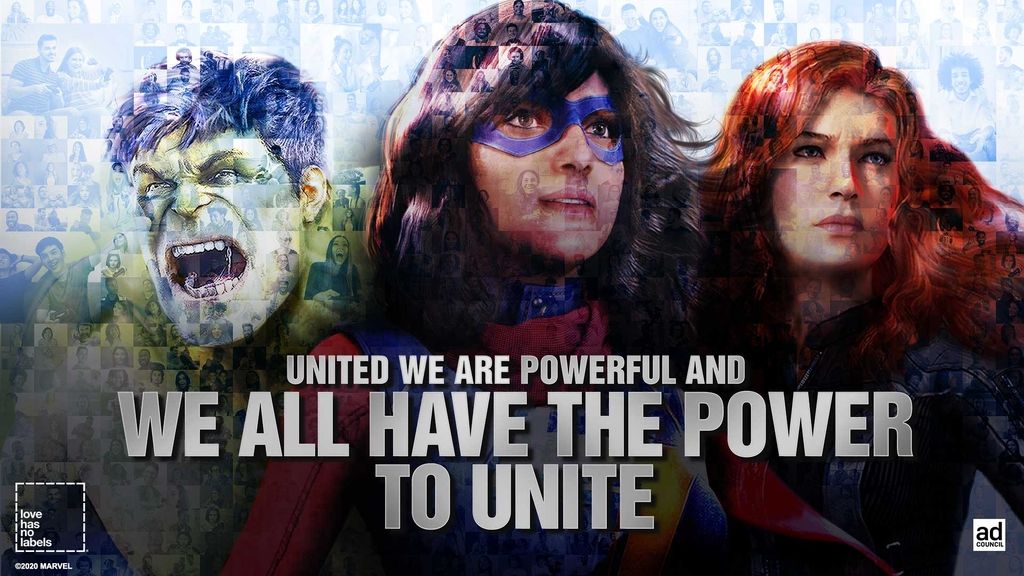 As the Ad Council works to get out public service messaging on COVID-19, racial justice, mental health and other pressing issues during this unprecedented time, a vital new medium has emerged as a powerful way to connect with young people where they are—video games and other virtual environments.

Earlier this year, the Ad Council worked with the creators of Guild Wars 2 to create a T-shirt worn by in-game characters promoting our mental health campaign, “Seize the Awkward.” This fall our “She Can STEM” campaign partnered with singer Ruth B. on a virtual concert held in a Minecraft environment designed by the singer’s STEM-savvy fans. And Miss Marvel, the first Muslim female superhero in the Marvel gaming universe, is a new partner on our ongoing “Love Has No Labels” campaign, which celebrates love and diversity in all forms.

To discuss the ways in-game efforts can create real-world change, Ad Council President and CEO Lisa Sherman sat down with Chauncey Gammage, COO of NCSoft, our partner on the Guild Wars 2 mental health integration; Dima Kronfol Rigby, creative director at Heat, and performer Ruth B., who both worked with us on the “She Can STEM” virtual performance; and Karl Stewart, head of worldwide strategic partnerships at Square Enix, our partner on the Miss Marvel effort.

Lisa Sherman: Chauncey, let’s start with you. Why do you think video games make for a unique environment to address social issues?

Chauncey Gammage: Video games have allowed people from all around the world to share experiences with one another in a way that no other media allows, and they have the ability to build bridges of understanding between cultures and languages instantly.

When Guild Wars 2 was in development, one of its driving design principles was that anyone playing the game should be happy to see another player in the game world. That philosophy has led to Guild Wars being widely acclaimed for having one of the most welcoming and supportive communities in all of gaming. When you’re able to give people the ability to forge strong bonds with others, you hope that that connectedness and supportiveness finds its way into players’ real lives as well.

Sherman: Is there one critical stat that relays the importance of the gaming community in reaching young people in 2020 and beyond?

Gammage: A Pew Research survey from 2018 found that 90% of people between the ages of 13 and 17 play video games in some way. That, combined with gaming being one of YouTube’s largest content verticals, speaks to the major role games play in young people’s lives.

For the generation born after 2000, they’ve only ever lived in a world where video games are always connected to the internet, and playing games is as much a social activity as it is a leisure activity. Among that generation, online spaces are a centerpiece to their lifestyle. Being able to reach them through those avenues meets them where their passions already lie.

Sherman: Dima, how about you? Was there a critical stat that stands out for you as you began to think about the “She Can STEM” effort?

Dima Kronfol Rigby: Daily screen time is hovering at six hours a day for tweens, and their reliance on digital experiences for all essential aspects of their life is only anticipated to increase during the pandemic.

But more than needing to meet our audience where they live, we were inspired by [MIT professor and author] Sherry Turkle’s recognition that virtual environments are an identity workshop for adolescents. Through interviews with tweens, we believed that the further away from real life we could take them, the greater the opportunity for exploration and flexibility around identity. Creating this opportunity was critical as we recognized that so much of the rejection of STEM that young girls experience is caught up in external identity pressure and their growing sense of who they should be, who they could be and who they wanted to be.

Sherman: Could you talk about how the idea of a virtual concert with Ruth B. originated and the takeaways from the innovation and execution? I loved that these girls were actually able to design her virtual venue themselves.

Kronfol Rigby: While back-to-school season was the perfect time to engage tween and teen girls to get excited about STEM again, we knew it was going to be very different this year, with many schools keeping their doors closed and offering virtual classes. This led us to be mindful that our audience has a need to be part of a community and have shared experiences.

Over the past six months, there’s been a noticeable spike in the number of new Minecraft players as well as the number of virtual events within the platform, like graduations and concerts. We created an experience where teens aren’t just walking into a world in Minecraft, they’re helping to build it while also becoming part of a community. Their builds were incredibly creative, and the community was active and supportive. Average playtime was three hours, 30 minutes, and we had 100% player retention.

Sherman: Ruth, what do you hope your association with “She Can STEM” can do for young girls?

Ruth B.: I just hope young girls can find some sort of inspiration in what I do so that they too can pursue their goals and passions fearlessly. I’ve been so inspired to read comments from people talking about their own journeys and seeing the things they wish to personally accomplish.

Sherman: Could you talk a bit about the benefits that virtual spaces like your concert in Minecraft can offer young people, especially during the COVID-19 pandemic?

Ruth B.: I think it’s an amazing way to still feel present and experience a concert. Times are very hard right now, but I’ve always believed that music can be our safe haven. That’s what concerts have always been for me. So being able to do that, even virtually, has meant a lot. It was amazing to see people come together in that space.

Sherman: Karl, could you talk about the impact of the Ms. Marvel character and why she represents, as the first female Muslim superhero in the universe of Marvel’s Avengers, such a natural partner for our “Love Has No Labels” campaign?

Karl Stewart: At Square Enix we are really excited by the positive conversations being created around Kamala Khan. And personally, I’ve been a huge fan of Kamala from the time she was first introduced by Marvel back in 2013. To now have the opportunity to see her come to life in Marvel’s Avengers has been very special. I’ve been enamored by not only what she stands for as a character in our game, but for what she stands for in the real world today. Her character is such an inspiration to so many gamers.

Sherman: Why do you think video games make for a unique environment to address social issues?

Karl Stewart: I’ve lived my entire life as a gamer. It’s a community I’m proud to be a part of, and one which I’m honored to have done so much in throughout my career. Having also worked across movies, TV and gaming, I can also say without a doubt that it’s a medium that inspires and evokes a tremendous amount of conversation. We gamers are a vocal bunch—we love to share our likes, dislikes, opinions and excitement, whether it’s around a game at launch or when we’re 500 hours in.

This is why I also believe that gaming is a perfect platform to allow us to address some of our current social issues. When we’re behind a screen with a headset on, we don’t see color, race or sex. We only hear a voice, and I believe that our voices are one of one of the most important elements of addressing the challenges we have today. I believe that we need to strip back the unconscious bias when we see someone and simply listen to the words we speak.

Sherman: I love that answer—it’s a really powerful thought. In such difficult times, I’m so inspired by this conversation and by all of your efforts as we keep finding new ways to connect people where they are. Thank you.

The Ad Council
View all articles by this author