Sometines, a commerical just hits you in the right spot. You realize it's a promotional tool for a brand, that it's meant to be manipulative, and yet you can't help but like it.

In the past couple of weeks, I've seen a few. U.K. travel brand Thomson and agency Beattie McGuinness Bungay crafted a bit of touching weirdness featuring a teddy bear and a soundtrack of William Shatner performing Queen's "Bohemian Rhapsody." Swiss company Vorwerk teamed up with Saatchi & Saatchi, Dusseldorf, to make a soft-hearted spot for its Kobold VR200 robot vacuum. 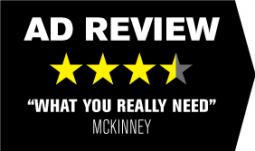 But the one that's really getting me lately is the effort from Samsung and agency McKinney for the Galaxy Tab.

The ad debuted at No. 2 on the Visible Measures Viral Video Chart, outperforming Apple. Virality, of course, means little when it comes to reality. Samsung typically beats Apple on the viral charts. It's not hard to see why. The company has spent time and money mocking Apple, laughing at Apple, and telling Apple "I told you so." It's amusing, even effective, but it also makes Apple users -- aka, potential customers -- look and feel like idiots.

So this spot for the Galaxy is a significant change of tone. Featuring actors and real-life husband and wife Dax Shepard and Kristen Bell, the full version is a minute-and-a-half look at a day in the life of two sweethearts. Yes, they're celebrities, but they're not CELEBRITIES. Shepard got his first big break on "Punk'd" and now stars on NBC's "Parenthood." Kristen Bell is a favorite of cult TV fans ("Veronica Mars"), comedy fans (playing the heel in "Forgetting Sarah Marshall") and little girls and boys ("Frozen").

But the viewer doesn't need to know any of that. The spot, which also seamlessly (for the most part) shows off features of the product, works because they come off as sincere and funny -- a couple caught up in their first pregnancy but also skipping workouts and ditching work events to stay home and watch a movie. Yes, they're acting, but it doesn't feel that way.

And the ad doesn't seem as ruthlessly manipulative as Apple's Christmastime spot featuring the anti-social teen who had really been shooting video of heartwarming moments the entire time. (I felt so manipulated by that spot that I decided later the teen was actually bullying younger kids in an online forum.)

Interestingly, Samsung is rolling out this ad while Apple is getting goofy in its latest campaign for the iPhone 6, with cutups Justin Timberlake and Jimmy Fallon making weird noises and joking about its size.

Samsung, of course, isn't abandoning its mockery of Apple. Having a two-pronged attack is likely a smart move.

But it is nice to see an ad that's just so darn, well, nice.