Procter & Gamble Co. must add little flecks of cartoon toilet paper to the backsides of its Charmin cartoon bears in future ads or risk the wrath of arbitrators. That follows a decision released yesterday by the National Advertising Division of the Council of Better Business Bureaus.

Acting on a challenge by rival Kimberly-Clark Corp., the NAD found that P&G had indeed substantiated its long-running claim of leaving "fewer pieces behind" than the leading ultra-rippled brand, K-C's Cottonelle. 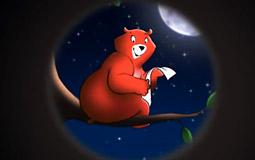 To support its claim, P&G relied on tests in which tiny weights are placed atop wet toilet paper, then dragged along a surface via a mechanical device. This test, which shows up in online ads, showed Cottonelle left behind "large, visible pieces" while Charmin Ultra left no pieces behind.

But actual people don't wipe quite like that, pending future technological advances. So the NAD said the test overstates Charmin's superiority and "did not accurately reflect the results consumers normally see and experience." Thus, P&G should no longer show the test, NAD decided.

And while a voiceover on the TV ad from Publicis, New York, claims only "fewer pieces" left behind, the cartoon bear's bottom shows no pieces whatsoever, which the NAD found misleading.

This case raises several disturbing questions. First, what "results" do consumers "normally see" in this regard? How do they see them? How exactly did the consumer tests work? And what were the oral arguments like?

A K-C spokesman declined to comment, and a P&G spokeswoman couldn't immediately be reached.