Bogusky Returns to Advertising ... Sort Of

The Wall Street Journal reports that Alex Bogusky, whom it calls the "onetime star of Madison Avenue," is returning to the ad industry after a two-year absence. 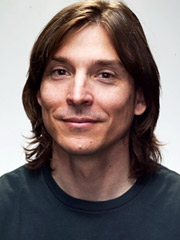 Alex Bogusky
By the sounds of it, that 's only sort of the case. It's not as if he's going back to being a full-time agency creative with his name over the door, as he was for many years at MDC Partners-owned CP&B. Instead, when he's not pursuing the causes he's made a priority -- such as climate change and personal wellness -- he'll spend time counseling his former colleagues as partner and adviser at Made Movement, a five-month-old shop that focuses on marketers who make their products in the U.S.

Ad Age broke the news of the launch of Made earlier this year. It was started by three execs from MDC Partners' CP&B -- Dave Schiff, Scott Prindle and John Kieselhorst -- who at the time said the motivation for their endeavor was to help support a resurgence in American manufacturing.

So is the semi-return of Bogusky to the industry a good thing? At the time of his departure, many folks were saddened, feeling that the ad business needed an Alex -- someone who transcended Madison Avenue at times to be be recognized in the broader business world. But others said the industry was moving to a flatter place, where big names weren't required to create big, attention-getting work.

Tell us what you think in the comments.