Men Can't Adapt, but Brands Can -- Here's How to Target Guys

It's a difficult time to be a guy in America. One could argue it's been downhill since we stopped riding horses. According to one of the foremost experts on selling stuff to dudes, Euro RSCG Chicago Chief Strategy Officer Rose Cameron, as women have redefined what it means to be female, men have struggled to find their role in this new world. Women are now better educated and increasingly earning more than their spouses. Job losses during the recession have hit men inordinately hard. That's leading to tension and unhappiness in both genders. Ms. Cameron's research shows that one in three people reported concern about depression in their households. How are men -- and marketers -- adapting?

Ad Age: It's been five years since your landmark "Global Man Study" (while chief planner at Leo Burnett). What's changed for guys? 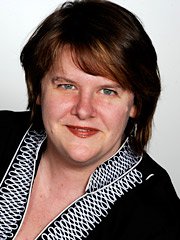 Ms. Cameron: I can't overstate this: I think this recession has been one of the most phenomenal amplifiers and accelerators of their situation. What I found five years ago is that the feminist movement had pushed out and women had really owned the redefinition of what it meant to be a woman. They were highly proactive. Here were men in an environment where their economy was fundamentally changing and their industry was fundamentally changing. A lot of their strengths -- bodies and physical strength -- that were very important in the industrial revolution and that type of an economy, weren't that important any more. As you go into an intellectual economy or as [Richard] Florida talks about a "creative economy," you have different skill-sets that become primary skill-sets that maybe men aren't as fluent in as women are because of how we were raised.

I'd like to say that men are highly adaptable. They're not. The hard thing for me to take into account is that men really love clarity. And they're dealing with a hell of a lot of ambiguity.

Ms. Cameron: You gotta adapt or die. You see it in campaigns like the Old Spice campaign. "Look at him, look at me. Don't you want a real man?" They have created around Old Spice the ideal man. Which is a construct. He doesn't exist. If he did, we wouldn't be able to live with him. You can live with him for as long as a shag and then you're out of the pool.

I think with the Old Spice commercials, there's laughter in that because it puts it in the forefront. We know you've been told all sorts of different shit and women keep changing their minds. You scratch the surface with them -- trust me, they want a real man who's going to rip off their bodice, but only in certain circumstances.

Ms. Cameron: I love the new car ad (I don't love it enough to remember the name of it) that's, "Here's the daddy who's got all the kids." He's got to have the minivan. He's kind of in conflict that he's now identifying himself as a dad but it gives him a cool sense and all the rest of that. Those are brands that are saying "Guys, you're going through flux, it's ok."

Ad Age: How do you target a demographic that's having a hard time defining itself?

Ms. Cameron: I think brands are dealing with this differently, but it's a really interesting time right now to identify your utility.

I think we got way off track with talking the emotional equity of brands ten years ago. The reality is if your product doesn't have a purpose, get out of the pool. You've got to have your own voice and your own archetypes at play to really differentiate yourself, but if you don't have price of entry, which is utility, forget it. Then you can lay all the other stuff on and we've been seeing that in brands. Nike came in with a good shoe. Apple came in with a well-designed product. They didn't make it there just from puffery.

It's important that we don't get wrapped up in our marketing knickers thinking that some cool, cute little campaign is going to make it or break it.

Ms. Cameron: I did some research with ComScore about men and how and where they're interacting on the internet. You're seeing a lot of men retooling their skill sets online. They want to quietly retool at home. It's a pride thing. They still have their balls. A lot of the guys are using the internet to feel intelligent. To gather information. To come out with those tidbits. To know the smart things to say. So they're using it as a quiet way that won't expose them to leverage their network of guys for the first time. I mean look at LinkedIn, for God's sake. How many guys are leveraging that right now to get jobs? It's the first time that men are networking on that scale.

Ad Age: It's not like they have the country club any more...

This is the fourth in a series of AdAgeStat Q&As with those who know best about pieces of the demographic puzzle. Earlier we spoke to Richard Florida about cities, Paco Underhill about women, and Tammy Erickson about Generation X.