What's the Deal for Guys? It's All About the Bragging Rights. | Ad Age
Skip to main content
Sign In Register

What's the Deal for Guys? It's All About the Bragging Rights.

Askmen.com Says Daily Deal Sites Need to Man-up
READ THIS NEXT
How restaurant chains are duking it out to be the best in their categories

Admit it. When you think of coupons, you think of your mother. Or grandmother. The very terms we associate with saving money -- coupon clipping, penny pinching -- still sound vaguely dainty. Of course men have been doing their own shopping for some time now, and guys like saving money as much as anyone. Yet men's relationship with coupons and deals remains ambiguous and largely unexplored. 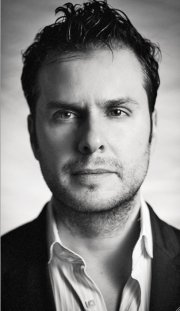 Getting a bead on that relationship requires empirical data. At Askmen we regularly rake through that data with our annual Great Male Survey that studies the lifestyle and buying habits of thousands of men in Europe and North America. The knowledge we glean from that research allows us to design deals tailored to the buying habits of the modern-male consumer and what we've learned is that quality and brand fit are key. A quick glance at the leading online deal sites reveals that , despite the promise of male demographics, most deals are still aimed at women --think group spa treatments -- and, indeed, in a recent Askmen poll 27% of guys felt the products offered in online deals were too feminine. Even deals targeted at men tend to be highly metropolitan, leaving the majority of the male market underserved.

The research is still coming in in terms of how men and women pursue deals differently, but what we know already is that there are some basic, functional differences. For example, men are significantly more likely than women to use their smartphones and tablets to shop for deals online -- 18% vs. 11%, according to BIGresearch. That's yet another reason for online marketers to get off the spa wagon and take note of a highly mobile and discerning demographic.

But there's more to it than functional differences in how men pursue traditional and online deals. There are more intangible elements at play. What we've noticed is that while men certainly want to save money, they're also interested in a good story. When polled about online deals, 14% said they were more interested in buying experiences than products. And what makes for a good story is an experience that 's a briny cocktail of novelty and exclusivity. In short: bragging rights. For young guys today, fish tales are old hat; they'd rather talk about the time they went shark hunting; not the time they went surfing on Cape Cod but kite-surfing in southern Spain.

When we asked men where online deal sites were failing them, 24% said the quality of the product or service being offered wasn't high enough, and a hefty 35% said they were eager for deals on more manly activities -- i.e. fewer spa days and more rock climbing. That's why, in general, with deals targeting men, the smart money is moving beyond product discounts to deals that offer novel experiences, with a focus on quality -- a straight-razor shave or custom tailoring, for example; something exclusive that none of his friends know about. Better yet, marketers can fashion a deal that offers him not only insider status but that makes him a leader in his social circle -- something men value deeply. For example, we recently offered a deal through our newsletter that gets our guy and his friends half off at a hot new sushi spot in Los Angeles. (True fact: saving 50% makes that spider roll 80% more delicious.) Since the deal is exclusive to recipients of our L.A. newsletter, he'll know about it before all his friends, and since the offer is served up on a savory bed of editorial content in the form of an accompanying restaurant review, he knows it'll be good.

This is where the intangibles in marketing to men become tangible. By giving men something to brag about and allowing them the opportunity to be leaders in their social circles, a brand can forge an emotional connection with its male customers. He'll remember that cheap night out at that great new place, and his buddies will, too. He'll feel good about it because he both saved money and tried something new and, in the process, subtly expanded the range of his tastes and experience. In other words, he's been good to his bank account and to himself, and that , to men, is a good deal.

ABOUT THE AUTHOR
Ricardo Poupada is general manager and co-founder of AskMen, the world's largest lifestyle website for men. For more insights into manhood, visit AskMen's new data-driven site at greatmalesurvey.com.

Ricardo Poupada
View all articles by this author