READ THIS NEXT
How can the ad industry better support minority-owned businesses?

Last September, Dell made a record-setting tech acquisition when it purchased EMC for $67 billion. The deal brought into the company's fold seven different tech firms, now rebranded under the name Dell Technologies, specializing in data storage, information security, analytics, virtualization and cloud computing. The "Dell" name no longer stands for only that PC on your desk. Dell Technologies is now being billed as an entity that will help organizations "build their digital future, transform IT and protect their most important asset, information."

To get the word out in a more digestible and entertaining way, the brand has debuted "Let's Make It Real," a new brand campaign out of Y&R New York, starring actor Jeffrey Wright and directed by Oscar-winning director Tom Hooper ("The King's Speech") via Smuggler.

It made its broadcast debut this week with an anthem spot, which sees Mr. Wright taking a grand stage to reveal that the "magic" behind Dell Technologies is not magic at all -- it's really the product of a lot of hard work and research. To illustrate this idea, we see the seemingly technologically complex innards of a jet airplane engine and even a cow come alive through dazzling visual effects. Surprisingly, this is not a feat of sophisticated postproduction. Rather, it's captured all in-camera, through stunning projection-mapping artistry.

The effort is the first big brand push for Dell Technologies since the acquisition, according to Liz Matthews, Dell senior vice president of global brand and creative. "The idea is to really showcase Dell Technologies and create the connection between the umbrella company and the seven brands in the family."

"There's a lot of talk out there about all the amazing things technology can do, but not a whole lot of people are really talking about the real work it takes to make it happen," said Christian Carl, global exec creative director at Y&R. "'Let's make it real' is an invitation to customers to bring us their toughest problems and biggest challenges so that we can work together to make what might sound like fantasy or the impossible a reality."

Ms. Matthews said the idea for the campaign's brief came from a customer. "When we spoke with her, she said, 'It's not like you just push a button and it happens. Tech makes the world a more magical place, but it's not magic that makes it happen.' That insight resonated with all of us. We wanted a campaign with the platform, 'let's make it real,' that together with our customers, we're making their transformations real."

Having Jeffrey Wright as the campaign's frontman was pretty much a no-brainer. "We homed in on him pretty quickly," she said. "We sat down with Y&R and said we wanted a celebrity to help marry these stories. It's something Dell had never really done before. We were brainstorming and when his name came up everyone gasped. 'Westworld' had just come out and his portrayal of this quiet tech genius [Bernard Lowe], his gravitas and calmness, that was something we were all really attracted to." It probably also doesn't hurt that he brought that similar subdued brainiac stature to his portrayal of electronics and tech genius Beetee Letier in the "Hunger Games" films. Director Tom Hooper also seemed the perfect fit for his "ability to find humanity in places you'd least expect it," said Ms. Matthews.

Along with the anthem, other spots will highlight individual Dell Technologies partners. One shows how GE's implementation of the company's Pivotal allows its jet engines to "self-diagnose" themselves. Another illustrates how Columbia Sportswear uses Dell EMC to streamline its production pipeline and a third tells the story of how cows at India's Chitale Dairy are able to "talk" to farmers with the help of the company's VM Ware.

These stories unravel in more detail in documentaries on DellTechnologies.com, where we see how the companies' work implement Dell Tech in real life.

The campaign will roll out over the course of the year. The anthem ran on cable news last night and will also run on golf-related outlets. "We like to look at it as not just b-to-b or b-to-c," said Ms. Matthews. "We're trying to reach a business decision-maker audience."

How can the ad industry better support minority-owned businesses? 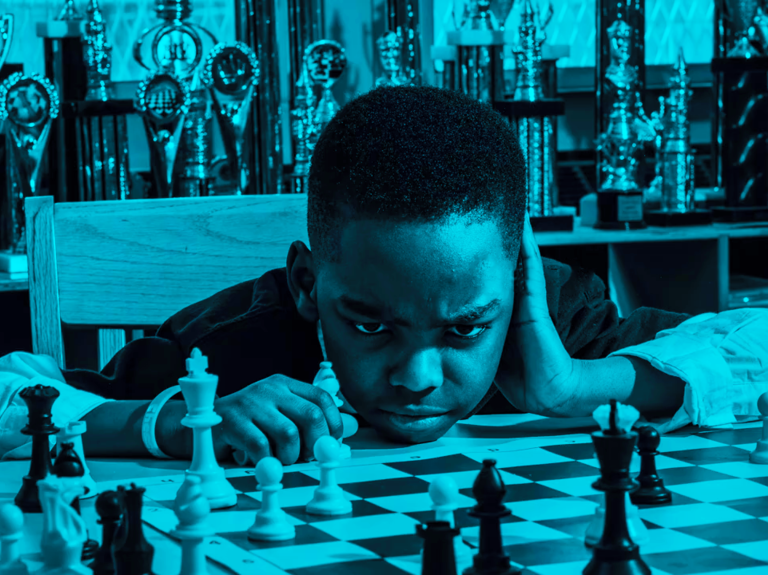