Brand founded by Marissa Ribisi and Kendra Gelner aims to instill pride in girls while encouraging laughs along the way
READ THIS NEXT
Welcome back: BBDO New York CEO chronicles her return to the office

Last Thursday, President Trump made the much-ridiculed suggestion during his press briefing that injecting disinfectants into the body could help combat COVID-19. The following day, d-to-c feminine product brand MyBoxShop posted a new ad on its Instagram account. It features a stock photo of two women in what appears to be a lively chat. Word bubbles appear to illustrate their conversation:

“Most tampons have toxins in them,” says the woman on the right.

“I like toxins in my vagina,” says the woman on the left, who then proceeds to whip out a bottle of blue disinfectant spray. “I use this to clean it,” she says. “Makes it nice and shiny.”

“Good to know,” the second responds, just before her face turns Wicked Witch green. “Can you take me to the hospital?”

The comment on the post reads, “There’s enough ways to get sick right now. Don’t invent new ones. No Toxins, Period. Organic Tampons Available on Amazon.”

Just over a year old, MyBoxShop was co-founded by Kendra Gelner and actress Marissa Ribisi, perhaps best known for playing Cynthia in Richard Linklater’s 1993 cult classic “Dazed and Confused.” Both are moms who were inspired by the very basic desire to keep their tween daughters safe.

“We wanted our girls to make the healthiest choices possible,” Ribisi says. “We didn’t want them, or anyone for that matter, putting anything in the most permeable part of their body that had toxins, dioxins or bleach in it. So we sourced the cleanest organic products possible and created this company.”

As for the MyBoxShop personality, “we also wanted to create a different kind of brand, one with a fun, bold and irreverent tone of voice,” says Gelner. “This category is so stiff. It has traditionally been overly serious, quiet or even apologetic. We believe girls should feel proud on their path to becoming women, not ashamed, and have a laugh along the way.”

The company joins the ranks of brands like Libresse, which has broken taboos with its daring, award-winning ads like “Viva La Vulva” and “Blood Normal”; and, before that, irreverent period startup HelloFlo, which went on to be acquired by SheKnows Media.

To create its new campaign, the MyBoxShop founders teamed with agency Engine as well as ad vet Matt Vescovo, who with his wife Nancy recently opened a new L.A.-based creative boutique Gify Tube, geared toward conceiving and producing content designed to draw the eyeballs of the Instagram crowd. The new ads seem to have the same terse, yet sharp, comedic sensibility evident in Vescovo’s classic Instructoart work, bare-bones comic-book-style images that gave comedic lessons on life and eventually went on to become an award-winning MTV campaign.

Though the disinfectant spot seems to be a spot-on response to the POTUS news of the moment, Vescovo explains it was all serendipity. “[Marissa and Kendra] came to us with this brief about ‘no toxins’ and we were just thinking of different ways of simply telling that story,” Vescovo says. “We have two daughters, 18 and 15, and every time we talk about anything body-related they’re like, ‘God, please stop talking.’”

The disinfectant ad was just one of a few ideas the Vescovos executed months ago, and by chance it became timely with last Thursday's press conference news. Another film shows a mother and daughter engaging in a “lively” conversation about vaginal health, while a third shows a pair of friends griping about itching down there.

The ads are no frills, using intentionally generic-looking stock photos, but made bitingly funny by the added dialogue with a touch of crude animation. “Not only are screens smaller now, but viewers watching them are having their attention pulled in tons of directions,” says Nancy Vescovo. “With this in mind, we needed to write and execute a campaign with a clear message that was irreverent, so that it would cut through the online glut of content.”

“It’s not often that a client lets you say, ‘My vagina is itchy,’ in an ad, adds Matt Vescovo. 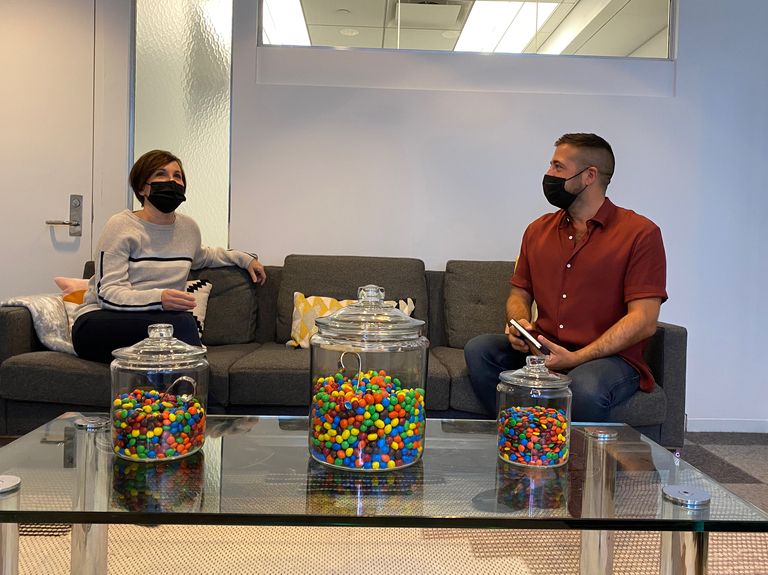 Welcome back: BBDO New York CEO chronicles her return to the office 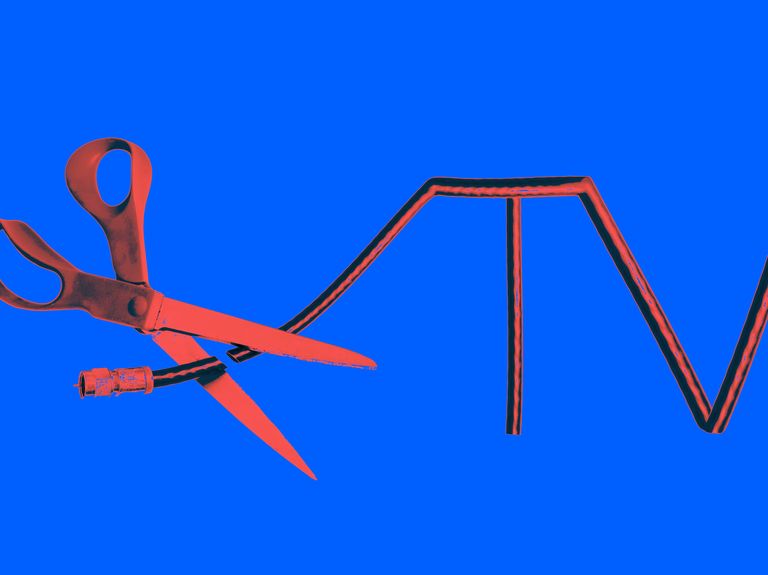 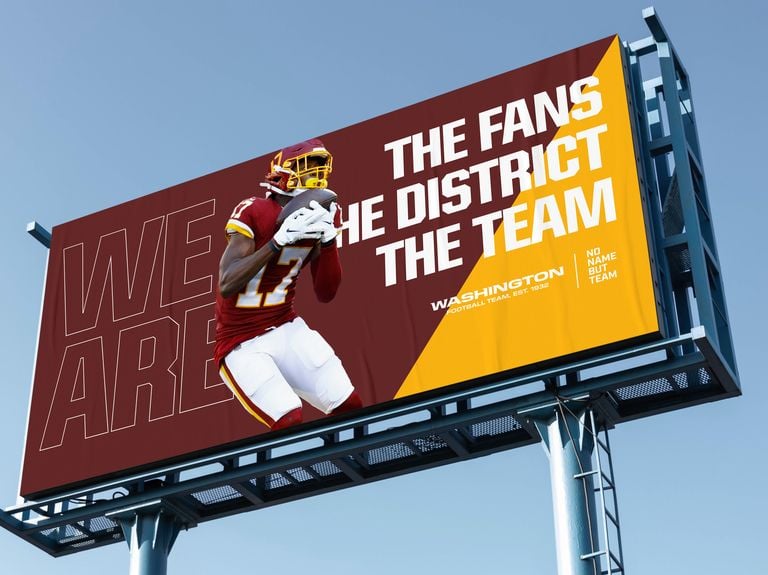 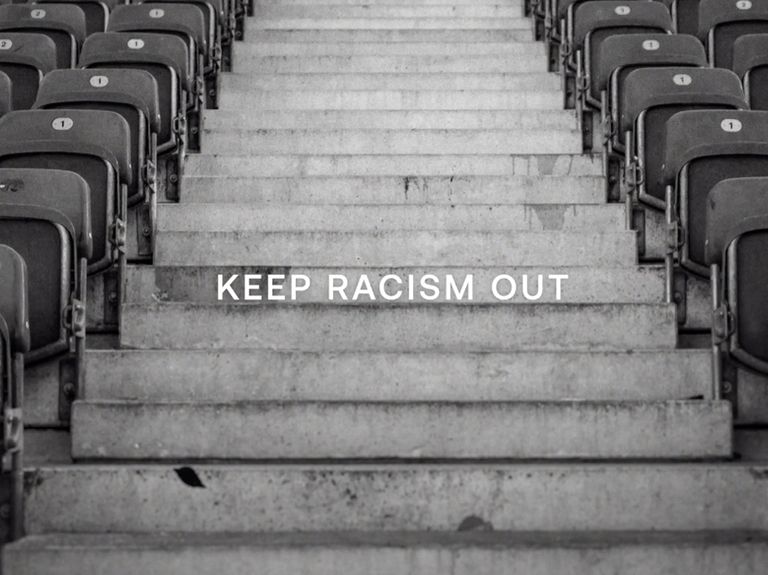 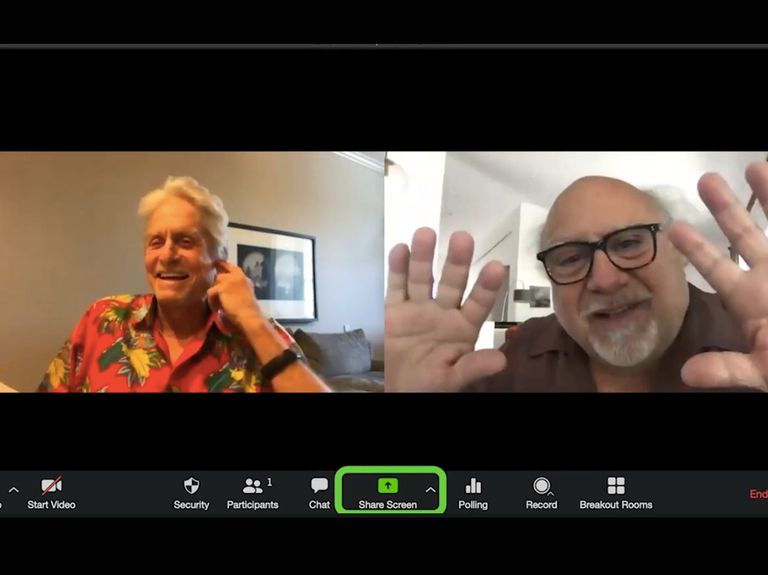 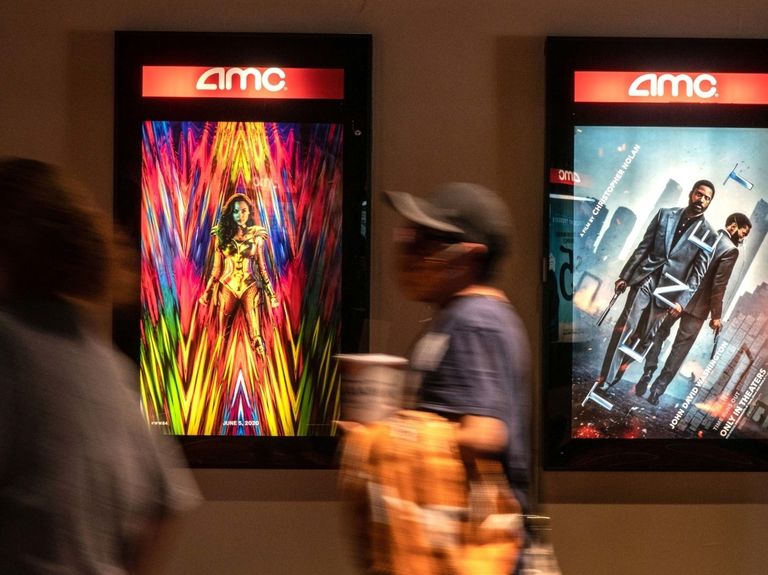