Dish in Talks to Merge With T-Mobile U.S.

Dish Network Corp. is in talks to merge with T-Mobile U.S., though the purchase price is unresolved, the Wall Street Journal reported, citing people familiar with the negotiations. 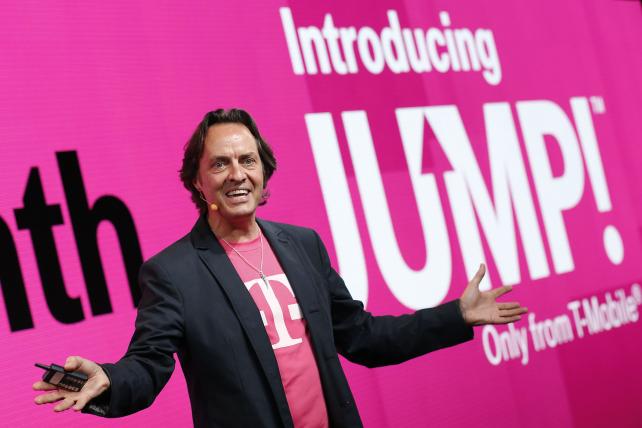 John Legere, T-Mobile U.S.'s president and chief executive officer, would take the top role at the combined company, and Dish's Charlie Ergen would be chairman, according to the Journal report.

Mr. Ergen, Dish's largest shareholder, contacted T-Mobile parent Deutsche Telekom AG in September about acquiring the U.S. unit, people familiar with the talks said at the time. He has said he's looking for acquisitions that will help him put a $50 billion stockpile of airwaves to work, and he previously lost a bid for Sprint Corp.

Investors are focused on how Mr. Ergen plans to revive growth at Dish, which lost 79,000 pay-TV subscribers last year. He is under pressure to merge or partner with a wireless carrier that would help deliver a mobile-based challenger to the pay-TV industry. Dish added spectrum in an auction last month and also started Sling TV, an online service charging $20 a month.