Advertising, Marketing Industries Are Peppered With Former Dancers, Teachers and Chefs
READ THIS NEXT
Agencies celebrate moms and Georgia wants to be on your mind: Agency Brief

The path to advertising isn't always linear. And it's no wonder given the creativity necessary to succeed in this industry. But an offbeat background can give an edge, too. Comedians know how to make a client laugh, dancers remain confident in front of a crowd, and chefs bring passion and innovation to their work. These executives' stories include world travel, grueling schedules and ballsy career moves. Their varied experiences have made them career chameleons perfect for adland. 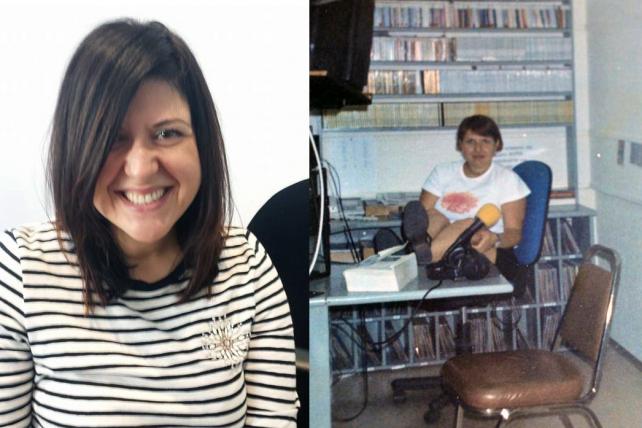 Lili Hollandt hangs out in the radio studio in Blagoevgrad, Bulgaria.

In 1989, communism fell in Bulgaria. By 1992, 17-year-old Lili Hollandt nee Kostova was ready to exercise her freedom of speech as a radio host in Plovdiv, Bulgaria, which provided the foundation for her career.

One particularly notable accomplishment was earning a Guinness World Record. In 1995, Ms. Hollandt stayed on air for five days straight -- no sleeping. Her initial goal was 100 hours, and she surpassed it by seven. Along with a medical support team, family and friends came by to cheer her on. Most fell asleep around the 48th hour, she said.

Her morning show, called "French Toast," helped her learn to pivot at the last minute, keep cool under pressure and deal with different personalities. She also said she learned to admit mistakes and move on, something she teaches her team at MRY today. "The show must go on," Ms. Hollandt said. "You have a scheduled morning show that happens at 6 a.m., and that's very similar to how we run things here." 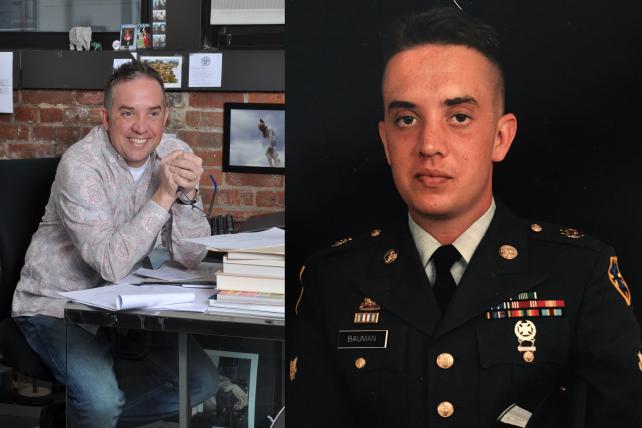 Christian Bauman, partner and CCO of Health4Brands, served in the army for four years.

Christian Bauman has had many careers, but it's not because he couldn't decide what he wanted to do. He said he simply identifies as a novelist, musician, CCO, soldier and, ultimately, a storyteller, at the same time.

After serving as a soldier in Somalia and Haiti for four years, he spent six years as a traveling folk musician, opening for acts such as Pete Seeger. When he needed a job to support his family, he answered a Philadelphia Enquirer ad for an agency proofreader and was hired, which led to leading a creative department eight years later. Fifteen years after joining the industry, he leads 350 people at Health4Brands, a part of Havas.

He said working with other soldiers in combat, people often feel they're a part of something bigger than themselves, adding, "And at our best, the agency is, too." 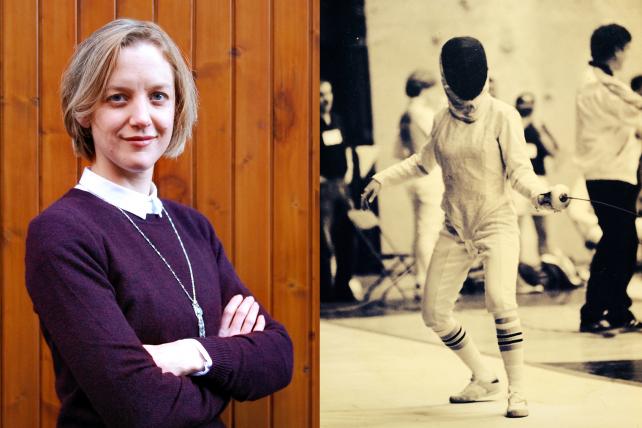 After 19 years in fencing, Eloise Smith isn't intimidated by boardroom disagreements. She stays calm and appreciates the strategy and rush of competition.

"It's really good fun," Ms. Smith said about fencing. "The best bit is the ruckus. …You pull the mask down, and it makes you a different person."

Beginning at age seven, Ms. Smith balanced school with fencing, an athletic career that culminated with the 2000 Summer Olympics women's foil. During her first three years in advertising, she trained before and after work while maintaining her status as the number one fencer in Britain, and she retired at 26, which is considered fairly early in the fencing world. When someone recommended that she not retire too early because she would never be as good at anything else, Ms. Smith took it as a challenge. "I was like, I haven't even started yet," she said. 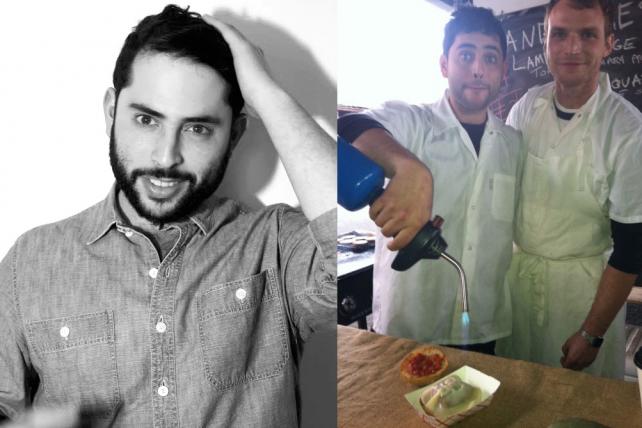 On the right, Mr. Meyer melts a slice of provolone cheese onto a lamb sausage sandwich next to I8NY cofounder Will Griffin.

Jon Meyer knows when you scan a menu, you'll avoid anchovies and the word "fried," but you might be tempted by bacon or the word "crispy."

His interest in marketing overlapped with eight years as a chef, including running I8NY, a sandwich stand he cofounded with his friend Will Griffin. The business debuted at the Brooklyn Flea's Smorgasburg, which he called a "microcosm of the economy." The experience taught him about marketing and economic competition where the guy with the bigger sign sells more sandwiches.

When asked if he would ever go back to his previous post, Mr. Meyer said he would not. To excel as a chef, Mr. Meyer said, you have to be willing to sacrifice everything else. "For the rest of my life, I'll be able to cook really well for the people around me, which is why I got into it in the first place," he said. 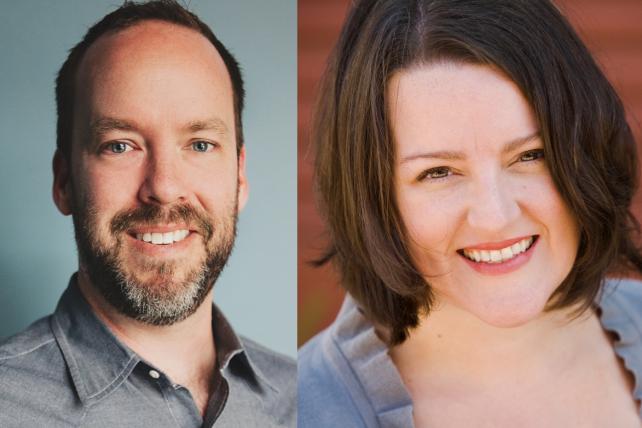 Creative directors Bumper Carroll and Jen Bills, now married with two kids, met doing comedy, including a gig in Amsterdam and jobs with Second City, before they both found new careers in advertising.

Mr. Carroll said they both experienced many of the same challenges while transitioning careers, and both said they would go to each other for professional advice or to compare notes.

"He's great at helping me sometimes translate my funny vision into advertising vision," Ms. Bills said. "On your feet" comedy definitely has its place in the office, Mr. Carroll said. Once you identify shared experience and make people laugh, a rapport develops, and that can be an invaluable asset in the boardroom. 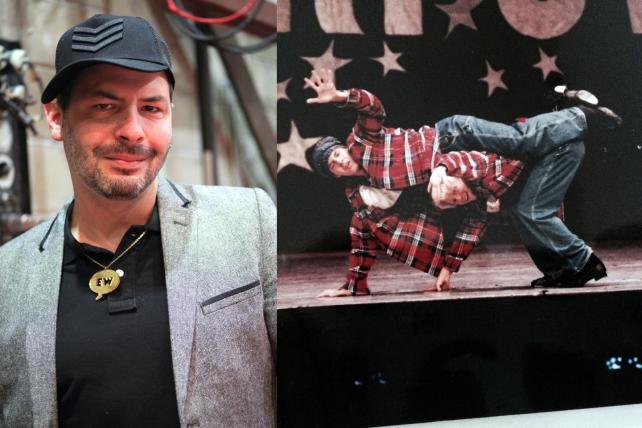 How many people can say they've danced on a go-go burlesque dance team with Laverne Cox, opened a show for Lady Gaga and performed at the Glammy Awards?

Brian Maci, a senior interactive developer, said he has always had a need to perform. He grew up tap dancing and taught tap for several years during and after college, and now he does color guard in the Lesbian and Gay Big Apple Corps Marching Band.

"For what I do in advertising, one of my perks as a developer is that I have an eye that I got from choreographing," he said. Performing also helped with people skills, Mr. Maci said, adding, "parades still scare me because there's like a million people watching."

In his current work as a developer, he has to prep ideas quickly and sell the performance, much like a dancer does. "You can move around and visually stun in many ways," Mr. Maci said. 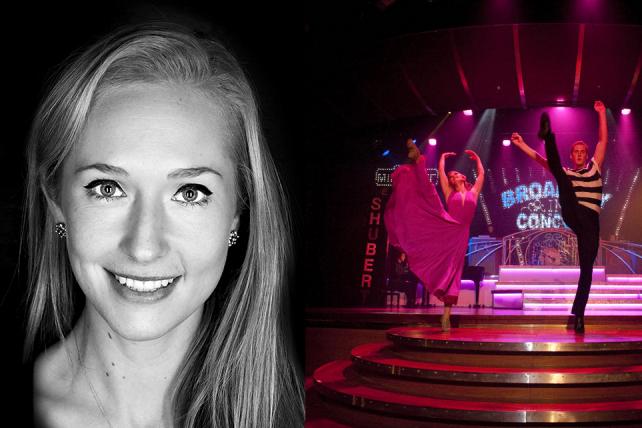 Eloise Horton performs during a cruise ship show in the Caribbean.

Dance took Eloise Horton to the Caribbean and Pacific oceans, the 2010 FIFA World Cup, the 2011 Indian Premier League cricket tournament and the 2012 London Summer Olympics. After returning to her native U.K. to teach dance, a friend recommended Ms. Horton try advertising for a more stable career, and Lowe Profero London hired her as an account executive in 2014.

She knew how to work with teammates and pick up routines quickly, both abilities that aided her career transition. She said she'll never forget performing in the London Olympics closing ceremony, an "amazing experience," when she danced en pointe beside the Olympic flame. 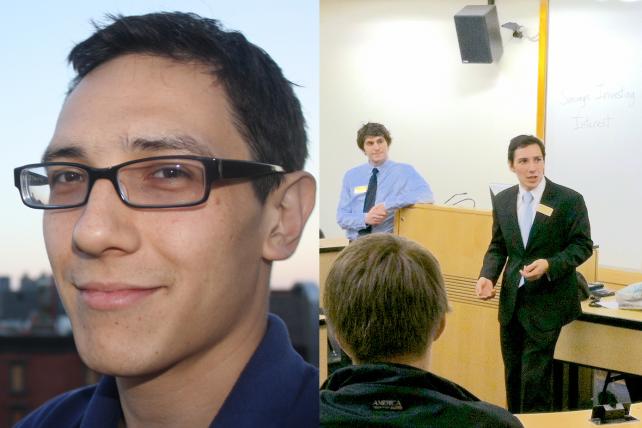 Japan, Vietnam and Saudi Arabia are some of the places Dan Boardman taught before working at Essence as an analyst, some skills carry over, including attentive listening and judging people's strengths and weaknesses.

One teaching post included a school in Hanoi, Vietnam. A teacher in an airport mentioned he needed someone to lead the math department at a new school, and Mr. Boardman accepted. For four months, he helped the new Vietnam American International School find its footing.

Later, he returned to school and pursued digital advertising analytics. His work includes operations research, which applies math to decision-making. As a teacher, he said, he explained complexities to students. Now, his job is to solve problems so others don't have to dive into nuances. "It's really not that complicated," he said.