A look ahead at SXSW, Skechers takes on Nike and P&G's Woven: Tuesday Wake-Up Call

Also: The list of Ad Age A-List honorees and Creativity Awards finalists is out
READ THIS NEXT
McDonald’s warns U.S. franchisees of higher bills next year 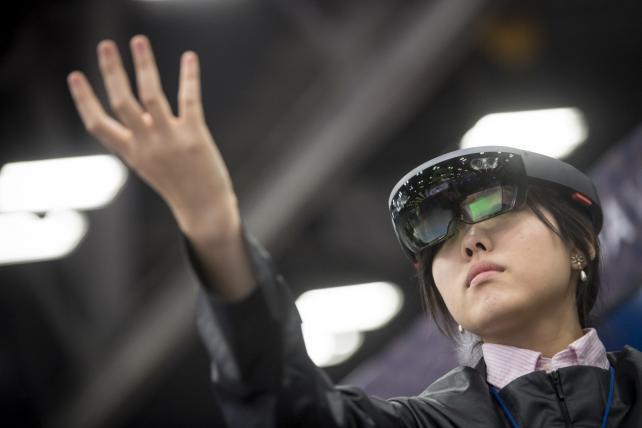 What people are talking about today
This weekend, Skechers ran ads poking fun of Nike's famous exploding shoe incident, in which Duke basketball star Zion Williamson's shoe fell apart during a game. Online and in newspapers including The New York Times and USA Today, Skechers' ad showed a busted shoe with the copy: "Just Blew It." The tagline was: "Skechers. We won't split on you."

High Snobiety, the sneaker-and-streetwear site, checked out the reaction online; some people found the ad funny, but many others thought Skechers looked ridiculous taking on mighty Nike. One person pointed out that Skechers "doesn't actually make basketball shoes worn by any NCAA or NBA players." GQ, meanwhile, proclaims Skechers' ad a fail.

"When it comes to selling basketball shoes, there's Nike and a long list of brands trying to catch up," GQ writes. "At the very bottom of that list is Skechers." Ouch. But um, at least people are talking about Skechers?

SXSW alert
South by Southwest starts Friday in Austin, and Ad Age's Megan Graham looks ahead at what to expect. There's something for everyone: You can learn about blockchain, watch former Speaker of the House John Boehner talk about marijuana legalization or do some goat yoga. (Yes, goat yoga is a thing.)

At the festival/conference of film, tech, music and more, the big brand activations will include a "Game of Thrones" experience by HBO from agency Giant Spoon, which put together last year's much-discussed "Westworld" re-creation in a ghost town near the conference. Plus, there are expected to be about as many people there as last year, when there were over 75,000 attendees (not to mention 727 parties).

A tangled web?
Procter & Gamble's latest agency model, Woven, services fabric-care brands including Tide and Downy. It's a shop made up with staff from two different agency holding companies, along with in-house media planning and buying. And as Ad Age's Jack Neff reports, Woven is "testing the limits of cross-agency collaboration in an industry known for turf battles." It's co-led by executives from WPP's Grey and Publicis Groupe shops Leo Burnett and Saatchi & Saatchi.

"The question for some," writes Neff, "is whether Woven, given its sprawl and size, can avoid fraying into something akin to Frankenstein's monster."

Just briefly:
Kudos: The list of honorees in the 2019 Ad Age A-List is up online. There's a twist: Honorees know they won something, but they won't know exactly what until prizes are awarded April 15 at the A-List and Creativity Awards Gala in New York City. Our list of finalists in the Creativity Awards is online too.

Overhaul: WarnerMedia is getting a massive reorganization now that AT&T's merger with Time Warner is final. On the ad front: "WarnerMedia is reorganizing its ad sales division under Gerhard Zeiler, who leads the company's international division," Ad Age's Jeanine Poggi writes.

Meanwhile in Vegas: Shoptalk, the annual retail-focused conference, is happening in Las Vegas. Ad Age's Adrianne Pasquarelli is on the scene, and she chatted with Nata Dvir of Macy's about what the company is learning from e-commerce; it turns out the department store is changing up the experience at its perfume counters based on how people shop for perfume online. Watch the video here.

Video of the day: Ahead of International Women's Day on Friday, Ad Age's Judann Pollack talked to Nina DiSesa, the first female chairman and chief creative officer at McCann Erickson, about gender discrimination, fair pay and the #MeToo movement. Three times early in her career, DiSesa had to contend with harassment, but she never talked about it until recently.

Number of the day: Zenith projects that auto spending will grow by just 0.8 percent this year, down from 1.5 percent growth in 2018. Ad Age's E.J. Schultz writes that's a "potentially ominous sign for TV networks that rely heavily on the sector."

Ad of the day: How do you make a minivan seem fun and cool? Cue Jamie Foxx. He lends his voice to a talking minivan in a new commercial for the Chrysler Pacifica from GSD&M Austin. He even sings a little. Read more by Olivia Raimonde in Ad Age, and watch the spot here.