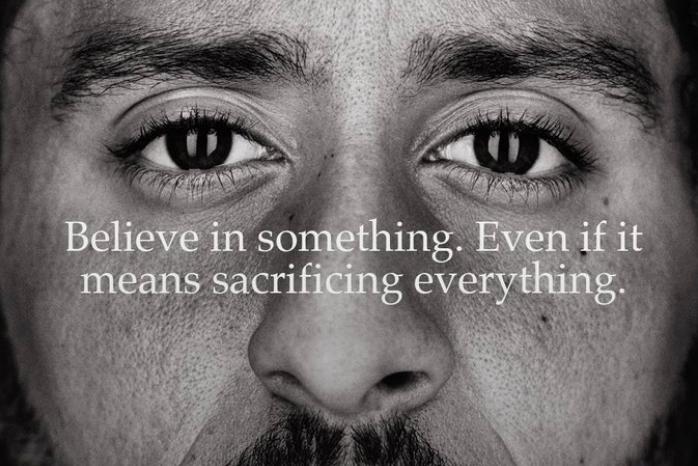 Nike ruled during the One Club's 46th annual One Show last week, taking home Best in Show as well as a slew of pencils for “Dream Crazy,” an extension of the brand’s “Just Do It” campaign.

The campaign, created out of Wieden & Kennedy Portland and produced out of Park Pictures and Joint Portland, illustrated how athletes have defied expectations to make seemingly insane dreams a reality. Most notably, it included ads featuring former NFL player Colin Kaepernick along with the line, “Believe in something, even if it means sacrificing everything,” a nod to his controversial decision to kneel during the national anthem at NFL games,” putting his own career at risk.

Over the show's two nights on Wednesday and Friday, the campaign earned 10 Gold pencils, two Silver, four Bronze, along with four Best of Discipline honors in Creative Effectiveness, Integrated, Print & Outdoor and Social Media. One of the Gold wins was in the Cultural Driver category, which recognizes ideas that have major impact on society and exist outside traditional ad and design categories.

Wieden & Kennedy also took home honors for Agency of the Year while Nike earned the title Client of the Year.

The other Best of Discipline winners included Microsoft Xbox’s “Football Decoded” campaign, created out of McCann London’ HBO’s “Westworld: The Maze” via 360i New York (Digital Craft): Adidas’ “Billie Jean King Your Shoes,” via TBWA/Chiat/Day New York (Direct Marketing) and Burger King’s “The Whopper Detour” via FCB New York (Experiential & Immersive); The New York Times’ “The Truth Is Worth It” campaign from Droga5 (Film); Carlings’ “Address the Future” from Virtue Copenhagen (Interactive & Online); “My Line” for Ministry of Technology and Communication of Colombia from MullenLowe SSP3 Bogotá (Mobile) and London “#TrollingIsUgly” for The Cybersmile Foundation, created out of Adam&Eve/DDB London (Social Influencer Marketing).

Adam&Eve/DDB also earned the Penta Pencil, along with client John Lewis & Partners. The award honors agency and brand partners who have behind stellar creative ideas over the past five years. See the full list of One Show 2019 winners here.