With new CMO and agency, H&R Block is ready for Trump taunts 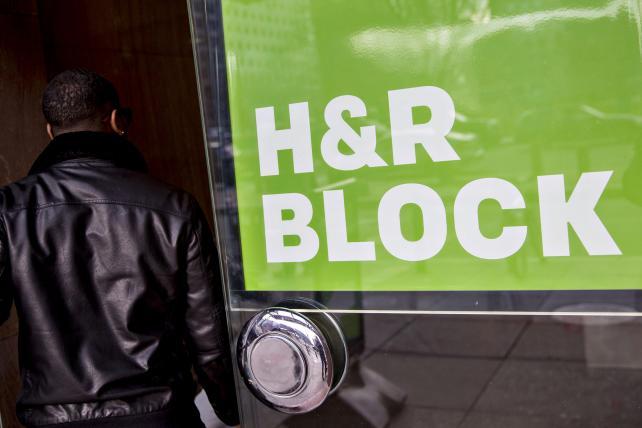 As it seeks to navigate the ever changing tax landscape and do-it-yourself tastes of consumers, H&R Block is bringing on a new creative agency after years with Minneapolis-based Fallon.

On Wednesday, the Kansas City, Missouri-based H&R Block announced Deutsch, Los Angeles, as its new creative and advertising agency of record. The news comes on the heels of the hire earlier this year of Vinoo Vijay as chief marketing officer. Vijay had formerly been with TD Bank. He replaces Kathy Collins, a 12-year veteran of H&R Block who parted ways with the 62-year-old company in January.

"Deutsch has a proven track record of helping brands innovate and grow," said Vijay in a statement. Deutsch's appointment follows a review process that dates back to April.

One of those brands is Target, the retailer where H&R Block chief executive Jeff Jones spent four years as chief marketing officer. At Target, Jones worked with Deutsch on several notable campaigns, including a Grammys push with Gwen Stefani.

Jones was named CEO of H&R Block in October. He's tasked with increasing the brand's client base in the face of more and more do-it-yourself products like TurboTax, and jeers from President Trump, who has said his tax reform will put H&R Block out of business. The tax brand has its own DIY product, and on a recent conference call, Jones said that new marketing will focus on promoting it in an easy-to-understand way.

H&R Block had worked with Fallon for roughly eight years. The agency was responsible for the recent "Get Your Taxes Won" campaign starring Jon Hamm. The company spent $131.9 million on measured media in the U.S. last year, according to Kantar Media.

While the company's revenue for the fiscal year ended April 30 increased 4 percent to $3.2 billion, H&R Block recently lowered sales outlook for the current year and announced it is closing 400 offices due to an over-saturated market. Many H&R Block locations are near other H&R Block locations. Investors have been wary; the brand has lost about 15 percent of its value since the year began and currently trades around $22.75.

New work from IPG-owned Deutsch will debut this winter. When asked about Hamm's continued presence in any ads, a Deutsch spokeswoman said the creative is "still in development."