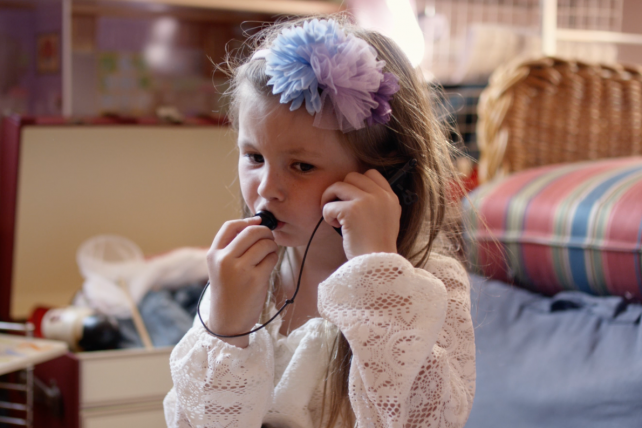 A girl calls the North Pole in Macy's holiday campaign.
Credit: Macy's
Figliulo & Partners is expanding with its own media- and communications-planning unit. The New York-based independent agency, which was founded four years ago, will now offer services across the creative, communications and media departments for clients including Virgin Atlantic, AC Hotels by Marriott and Macy's.

"We believe creativity and media should be side by side," said Judith Carr-Rodriguez, president and F&P Partner, noting the seamless integration of the units. The agency has recruited Ryan Haskins, a group media director at Wieden & Kennedy, where he worked for a decade, to lead the effort as director of media and communications. He's tasked with handling media capabilities and business development for new and prospective clients.

"We're going to bring media back to where it belongs," explained Mark Figliulo, founder and chief executive.

Last year, F&P won holiday duties for Macy's for the first time, and in November debuted a new iteration of the retailer's eight-year-old "Believe" campaign that celebrated the power of belief in Santa for children.