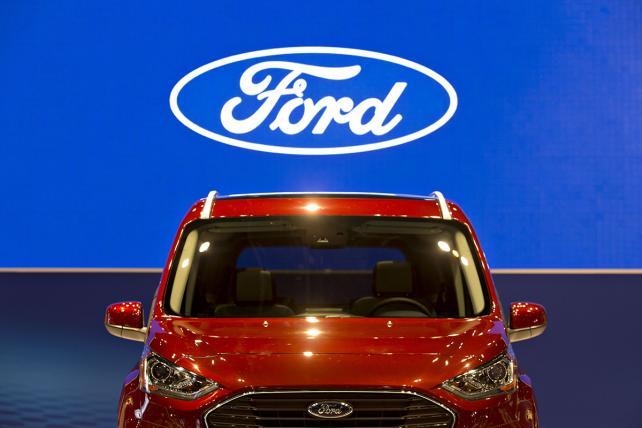 Ford has put its global creative account into review, putting incumbent WPP on the defensive at the same time it searches for a new CEO.

The account, now held at WPP's Global Team Blue, has been under strain for months as the automaker began re-evaluating its marketing model as part of a larger "fitness" initiative that includes slashing $14 billion in spending on materials and engineering in the next five years. Now Ford is taking the next step by formally putting the account up for bid. An RFP is expected to be released next month.

In a memo issued Friday, Detroit-based Global Team Blue notified employees of the pending review. "WPP will have an opportunity to compete with other firms to retain these portions of the business, and will remain Ford's agency of record in some other key areas," GTB CEO Satish Korde stated in the memo. Excluded from the review are Ford's China business, public affairs, the U.S. dealer business and Ford's luxury Lincoln brand, now parked at WPP's Hudson Rogue, according to the memo. "We will be enthusiastically responding to Ford's request for review in the days ahead, and have every confidence we will retain a substantial proportion, if not all, of the business under review," Korde stated in the memo.

Ford in a statement confirmed that it is "going to place some portions of our advertising business up for bid with other agencies, including WPP, beginning in the coming weeks. No decisions have been made." The automaker added that it is "committed to driving greater marketing efficiency, effectiveness and customer insight, leveraging the latest tools and technology."

Ford is one of WPP's most important accounts. The automaker is the nation's ninth-largest advertiser, shelling out $2.3 billion in 2016, according to the Ad Age Datacenter. Globally, Ford reported advertising costs in 2016 of $4.3 billion or 2.83% of total revenue.

The review threatens to end one of the longest-running agency-client relationships across all industries. Ford has continuously worked with WPP agencies since 1943, when it hired J. Walter Thompson. JWT had earlier worked on Ford from 1910-1912 in the Model T era. WPP created a multiagency dedicated Ford entity called Team Detroit in 2006 that was rebranded to Global Team Blue last year. GTB is headquartered near Ford's offices in Dearborn, Michigan, and has offices around the globe.

But massive changes have occured at Ford in recent months, putting Global Team Blue on the hot seat. Jim Hackett was named Ford CEO last May, replacing Mark Fields. Joy Falotico, the former Ford Credit CEO, took over as chief marketing officer this past March as part of a management overhaul that included the departure of North American president Raj Nair, who left the company after an internal investigation uncovered "inappropriate behavior."

Ford notified WPP late last year that it was re-evaluating its "future internal and external marketing model," according to a regulatory filing. For 2017, Ford reported that its pretax profits fell 19 percent to $8.4 billion.

Ford is the second major global automaker to announce an agency review this week. Volkswagen on Monday confirmed it was putting its namesake brand into a holding company-level review.

The Ford review comes at a particularly bad time for WPP, which has been operating without a CEO since Martin Sorrell stepped down on Saturday night. Since then, questions about the holding company's future have swirled. Sorrell was known as being extremely hands-on with WPP's clients. Though clients have been outwardly quiet about their thoughts on matters at the company, industry experts have wondered how Sorrell's departure will bode for client relationships.

WPP plans to name a new CEO, but in the meantime it has said its Chairman Roberto Quarta would take over as executive chairman. Mark Read, CEO at Wunderman and WPP Digital, and Andrew Scott, WPP's corporate development director and chief operating officer for Europe, were appointed as joint chief operating officers at the company.

Though WPP has said it plans to keep the circumstances surrounding Sorrell's departure confidential, ID Comms co-founder Tom Denford told Ad Age this week that WPP's agency reviews may depend upon it being transparent. "...There can be very fine lines between the winners and the losers," he said. "And it would be a huge risk for WPP for that to linger and that to be factored into any long-term decision making."