Police Raid Havas Headquarters Amid a Probe Into Party at CES 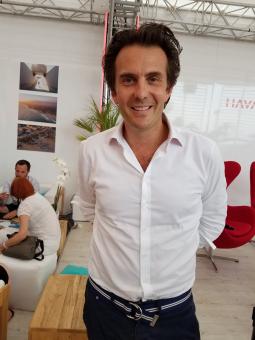 A government agency that promotes French companies overseas tapped Havas to put on the January 2016 party. About 500 people reportedly attended the event, which took place on the sidelines of CES, including then-Economy Minister Emmanuel Macron. Macron was elected president this May.

Le Monde and other French newspapers reported that authorities are looking into whether the government agency, called Business France, selected Havas without asking for bids from other companies, as is required by law for contracts of that size. The party cost around $425,600, according to Le Canard Enchaîné, a satirical French newspaper also known for its investigations.

In March, the Paris prosecutor's office opened an inquiry into whether there was favoritism, complicity or benefitting from favoritism in the case, local media said at the time.

Anti-corruption police searched Havas, which is headquartered outside Paris in the suburb of Puteaux, as well as Business France's office, in simultaneous operations Tuesday, Le Monde said.

At the Havas Cafe in Cannes on Thursday, Havas CEO Yannick Bollore said he had no comment and referred questions to Havas's legal department in Paris.

Business France said in a statement several months ago that it faced a tight deadline for the party. It acknowledged hiring Havas to organize and promote the event because it was familiar with the agency and had used it in the past for similar events. It also said Macron had no involvement in the decision.