Agency brief: Where to get away from a**holes this summer | Ad Age
Skip to main content

Agency brief: Where to get away from a**holes this summer 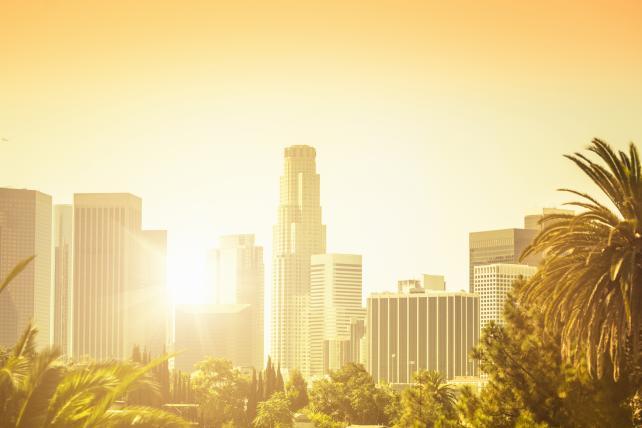 Our Ad Age Small Agency Conference this July in Marina del Rey will bring it all: hands-on workshops, panels and speakers who will keep it real about the ups and downs of how to succeed as a small agency. There will also be plenty of fun in the sun, with cocktails, networking, and our amazing awards show highlighting the work of the small agency best. Last year (then in Nashville) had a couple highlights: Life-changing chow at our opening event at Martin's Bar-B-Que Joint and getting to talk to attendees about why the small agency life is full of freedom and free of assholes (I still think about this gem from Bohan's Bridget Deenihan: "I would just say that you cannot be an asshole. ... If you're not a nice person and you're not going to be kind to [other people], it might not be today, it might not be tomorrow, but eventually you will hit the door and we will not miss you.")

If you want the fame and glory (and the attempts to contact your fake founder in hopes of acquiring you) of being one of the Small Agency of the Year award winners, you're in luck: There are still a few days to apply. There, I gave you weekend plans.

We're also getting into the spirit early. So we're hunting for small agency founders to tell their stories about "If I knew then what I know now." What have you learned along the way? Get in touch at [email protected]

Terri & Sandy new AOR for The Hartford
When Terri & Sandy first set up shop, one of the agency's first orders of business was getting small business insurance. Now, that insurer, which operates under the brand name The Hartford, has hired the indie agency as its agency of record. The Hartford had previously worked with Rodgers Townsend.

"The company played a pivotal role in allowing us to get off the ground. Years later when they called about working together, it felt like this was meant to be," Terri & Sandy co-founder and co-CEO Terri Meyer said in a statement.

Pinnacle teams up with VaynerMedia
Pinnacle Foods and VaynerMedia are teaming up on what they're calling a "game-changing partnership" across creative, media, strategy, production, digital and social as the food marketer tries to deepen relationships shoppers have with its older and newer brands. Pinnacle is the marketer of legacy brands including Birds Eye, Duncan Hines, Hungry-Man, Vlasic and Wish-Bone and sells newer lines like EVOL, Gardein and Udi's. As part of the deal, one employee from Pinnacle will be embedded in VaynerMedia's New York office and a VaynerMedia employee will be embedded in Pinnacle's New Jersey headquarters. The duo also says it will work on an "ongoing learning curriculum" and do joint business planning.

"Today's announcement is about a new type of agency and client partnership and goes further than the typical relationship that we just don't believe is the way of the future to get the best strategy and creative work in the marketplace," Stephen Chriss, Pinnacle's VP of marketing activation, said in a statement to Ad Age on Thursday, when the partnership was announced. "Critical to this partnership is Pinnacle's direct access to and involvement from VaynerMedia's CEO Gary Vaynerchuk," he added. Meanwhile, speculation is swirling again on Wall Street that Pinnacle could be a takeover target, most likely for Conagra Brands. Activist investor Jana Partners now has a stake in both companies and wants to discuss strategic options with Pinnacle. 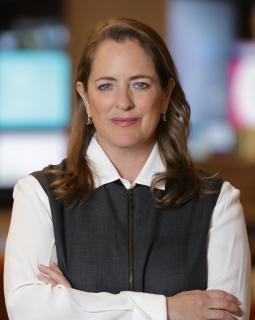 Susan Credle.
Credit:
The One Club for Creativity

The One Club names its first female chair
FCB global chief creative Susan Credle has been named chairwoman of the Board of Directors for The One Club for Creativy, after a vote by club members and the board. She replaces José Molla, founder and chief creative at The Community. He'll officially hand over the reins at The One Show on May 11.

"I joined the advertising industry before portfolio schools existed," Credle said in a statement. "The One Club became my university."

Laura Luckman Kelber is now managing director, strategy at creative and media agency MERGE. Over more than 20 years in the Chicago market, she has worked with brands like Blue Cross/Blue Shield, Hyatt, HSBC, Sprint, State Farm and McDonalds and spent time at agencies like SapientNitro, EuroRSCG and DDB. Most recently, she worked in strategy at Sandstorm Design.

Emma Armstrong is now managing director of iCrossing's New York office. Most recently, she was executive vice president at Grey Group, where she led P&G Haircare. Previously, she worked at British Telecom, as well as at Agency.com and BBDO in addition to Grey, where she worked with clients like E-Trade, Federal Express and GE.