Plus, Africa Sao Paulo is behind a harrowing PSA to end sex discrimination in sports
READ THIS NEXT
Agency news you need to know this week 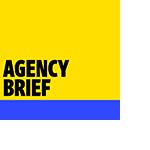 Across Washington state, construction signs hang on several of the state’s beloved independent music venues, alerting residents that, “Coming Soon,” they will be bulldozed over and replaced by dreary, dull condos.

Luckily, the posters are not real. The venues will not be replaced by condos … yet.

The stunt is for a new grassroots effort, Keep Music Live, aimed at raising $10 million to save live music venues across the state of Washington—home to a vibrant music community that has birthed iconic bands and artists such as Jimi Hendrix, Nirvana, Pearl Jam, Brandi Carlile, Death Cab for Cutie and Modest Mouse. It serves as a warning to residents that independent music venues won’t last much longer without sufficient government assistance, which has been lacking, as the pandemic forces them to keep their doors to shut.

Many venues across the country have already closed permanently and, by December, 63% of those in Washington are expected to follow if they are not given proper support, according to Seattle-based World Famous, the agency leading creative for the movement. Eight venues in Washington have been plastered with the fake construction posters. World Famous is also behind Keep Music Live’s branding, including its logo and visuals for social media, and the agency also led the naming of the effort.

In a cringe-worthy film for the #LetHerRun movement, which vows to end sex discrimination in sports, viewers are taken, step by step, through an invasive and demoralizing evaluation of a female athlete. In the PSA—created by agency Africa Sao Paulo Publicidade, part of Omnicom Group—we see a female athlete forced to strip down and endure an intense evaluation of her body by two men assessing if she is in fact a woman. That type of evaluation, as the PSA points out, was typical to enforce on a female athlete in the 1960s. Though evaluations have since changed, some female athletes still need to prove their right to compete as, in May 2019, World Athletes enacted restrictions on women who naturally produce high levels of testosterone. #LetHerRun calls on World Athletes President President Sebastian Coe to end the discriminatory ban and allow athletes like South Africa’s Caster Semenya—a 2016 Olympic gold medalist who has been barred from competing in the Tokyo Olympics because of her natural high testosterone levels—to play.

“This is a movement about justice and equality,” says Matias Menendez, Africa executive creative director. “We’re raising a flag about an issue that has been around for a long time. It’s unbelievable that, in 2020, we’re still having the same discussion people used to have in the past century. The methods in sports have changed, but the mindset has not. #LetHerRun aims at changing this and at creating a more fair and egalitarian society.”

Walrus takes off with new client

Independent ad and media shop Walrus won agency-of-record duties for Jet Edge, a private aviation company that manages, maintains, charters and buys and sells planes for high-net-worth clients in business, finance, sports, music and TV and film. Walrus is Jet Edge’s first agency partner in its 10-year history, coming at a time when people and businesses (if you can afford it) are likely turning to private over commercial flying options due to pandemic concerns. The agency will handle internal and external communications including brand identity, website redesign, collateral, in-cabin experience and partnership activations. Walrus, which won the account without a review, will launch Jet Edge’s first-ever integrated campaign sometime in 2021.

“Walrus jumped at the chance to work with the company at this pivotal point in their history,” Walrus CEO Frances Webster says. “It’s poised for tremendous growth and the opportunity to help craft a brand and drive that growth is what we got into this business for in the first place.”

Oliver, the London-based company founded in 2004 to build and run bespoke in-house agencies for brand marketers, is opening up shop in Paris. Oliver France will be led by Jean Neltner, who was appointed CEO and also remains a founding partner of data company Fifty-Five. You & Mr. Jones holds majority stakes in both Oliver and Fifty-Five. The 2,500-person Oliver says it is opening the Paris office in response to rising demand for in-house solutions across Europe. Marketers taking work in-house is not a new trend, but some studies show the ongoing pandemic exacerbating it. A September report from the World Federation of Advertisers and Observatory International showed that 57% of brand marketers now have some sort of in-house function, with 82% of that cohort saying they shifted more creative work to their in-house teams in the last year. Oliver says it’s already seeing the positive effects of this trend on its own business, with organic growth up more than 27% for the first half of 2020.

You & Mr. Jones Founder David Jones says Oliver has “seen tremendous growth in our businesses this year as brands have dramatically accelerated their digital transformation.” Oliver CEO of Global Markets and Operations Sharon Whale adds that there is “high-growth potential for our services in France as marketing professionals look for greater efficiencies and alternative models. We have around 10 global clients that we already support in France from the U.K., therefore the prospect of opening an office in Paris arose quite naturally,” Whale says.

Interpublic Group of Cos. rebranded and evolved its Constituency Management Group, comprised of 28 specialty agencies including Weber Shandwick, Golin, Octagon, FutureBrand and Jack Morton. The group will now be referred to as IPG Dxtra, which was set up to build off the holding company’s Open Architecture model that brings more integrated solutions to clients. IPG says it was born out of increased demand from chief marketing officers looking for a one-stop shop for services like public relations, experiential, sports and entertainment, branding, digital experience, social content and influencer marketing.

“We have seen how uniquely configured agency solutions and diverse teams can bring powerful business results,” IPG Dxtra Chairman-CEO Andy Polansky says. “IPG Dxtra is built to deliver a highly strategic, focused approach to real integration. It’s a collaborative model that melds the power and vision of specialized organizations in a way that honors their differences and maximizes client investment.”

Ogilvy New York promoted Charlotte Tansill as chief transformation officer to lead a new integrated strategy function that will incorporate all of the agency’s capabilities. The appointment comes at a time when clients are increasingly looking for integrated solutions as well as partners to assist on “digital transformation” efforts. Tansill has worked in various positions within the Ogilvy network since she joined in 2008. Most recently she was executive director of the New York office’s social media practice.

Noble People hired Paulo Carvajal as its new chief strategy officer. He replaces Todd Alchin, who shifts into the role of chief marketing officer for the independent creative media agency while continuing to serve as one of three managing partners alongside CEO Greg March and Chief Operating Officer Lindsay Lustberg. Carvajal joins from Fig, where he co-led the strategy group across Benjamin Moore, Bowflex and Virgin Atlantic. Before Fig, Carvajal spent time at 72andSunny and Saatchi & Saatchi L.A.

Dagger announced three new hires. Christofer Peterson was poached from Omnicom Media Group’s Hearts & Sciences as senior VP, people and culture. Peterson will head up human resources, working on efforts such as Dagger’s diversity, equity and inclusion initiatives. Brandon Hampton was appointed creative director and lead on the agency’s Aflac account. Hampton’s background includes stints at The Richards Group, Digitas, DDB New York and Moxie in Atlanta. Finally, Vince Scicchitano was named VP of client partnerships with a particular focus on Aflac. Scicchitano has spent time at Johannes Leonardo, TracyLocke and McCann New York, where he was at the forefront of the Verizon rebrand in 2017 and the acclaimed 2018 “She Can STEM” campaign.