Agency Brief: Not your average ladies who lunch 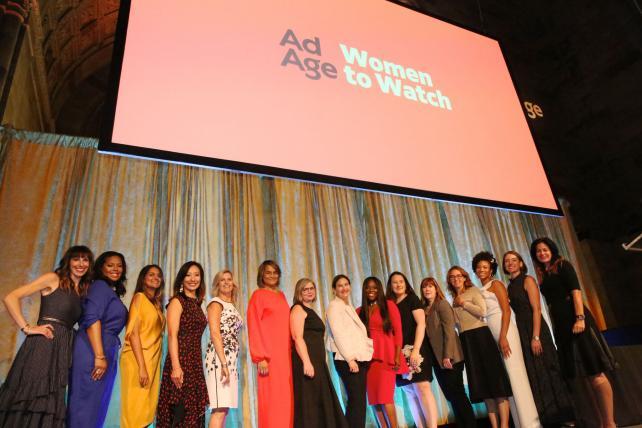 Even if you skipped the requisite Cipriani bellinis at Ad Age's annual Women to Watch luncheon Thursday (deadlines ruin all my fun), it was all you could do not to happy-cry and emotional-cry in the course of two minutes.

Honoree God-Is Rivera, director of inclusion and cultural resonance at VML, said the award was for her daughter, and "also for all the other young black girls who felt like they don't have a place in so many different industries. I'm doing this for them and showing them that we do have a place here — and we not going anywhere."

Jocelyn Wong, CMO at Lowe's, took everyone for an emotional ride as she recounted the tale of her mother moving to the west coast as she took on a new opportunity to help her care for her family. But her speech wasn't without its hilarious moments, like her opening: "For me, being surrounded by all these super hot women with amazing shoes is such a treat because I work in home improvement. It's just fantastic. We're successful and we're hot, okay?"

Dia Simms, president of Combs Enterprises, had a particularly powerful few minutes onstage, remarking that "for all the progress, we're really kind of on the first block of like a 10,000 mile run" when it comes to equality.

Nothin' like a little girl power to kickstart your weekend. Have a great one and read on for this week's agency news.

Muscling up with a new digital agency

On the heels of announcing it has a new top marketer, Under Armour is now working with a new digital agency as well. Matt Faulk, executive creative director at San Diego-based Basic, said in an email that the agency will be working on Under Armour's "brand experience across global digital touchpoints." Late last month, the sportswear brand elevated Attica Jaques, an Ad Age Woman to Watch in 2015, to lead global brand management following the departure of Adrienne Lofton.

A cold one for Burns

North American Breweries has selected Burns Group as its agency of record. The agency will handle integrated marketing planning and creative efforts for brands including Labatt Blue, Seagram's Escapes and new brands planned in the next year.

Bet they celebrated with shots... of wheatgrass

Utah-based natural supplement and personal care company Nutraceutical has picked Blue Chip as its first outside agency partner after a competitive review. The agency will be responsible for brand strategy, positioning and activation. The marketer until now has only done limited consumer outreach and targeted support for its brands. Blue Chip says it wants to help differentiate those brands and grow demand in the competitive health food and natural segment.

Anthony Tartaglia, formerly of General Motors, has joined Razorfish Health as a senior VP of digital solutions. At GM, he was a development and program manager.

Mark Sloan is joining Mother in New York as its new Head of Mother Design. Sloan was formerly director of design at TBWA/Chiat/Day. He replaces Michael Ian Kaye, who founded Mother Design 11 years ago and was its executive creative director. Kaye will be pursuing new opportunities and is discussing the possibility of ventures in partnership with Mother.