Agency Brief: From Cannes to California

I'm finally back from Paris, where I had four glorious days to sop up tears of Cannes exhaustion with baguettes and beach books. I'd call it a vacation, but let's be real: You people never let me take a real vacation.

Especially not on the Riveria, which exhausted us all. At least you've had a week of regular life to wean themselves off those skinny French ciggies and get that all that rosé-stained seersucker to the dry cleaners.

So I'll keep the brief truly brief this week — I know you're all packing your bags for the holiday week and figuring out how to look like you're "working remotely" while you're sipping cocktails on an inflatable donut in the middle of a pool. (Don't worry, your secret's safe with me!)

But first, one order of business. What are you doing on July 17th and 18th? I know where we'll be: Marina Del Rey, getting schooled at our Small Agency Conference by the likes of Lee Clow, Anselmo Ramos and leaders from Walton Isaacson and DCX Growth Accelerator. Oh, and Fancy, a New York agency whose clients include an adult plaything company. Rumor has it some major clients will also be there prospecting. 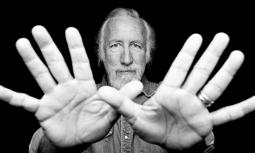 It'll just be like Cannes, only with smaller yachts and more sex (toys).

Read on for this week's agency news, and we will hopefully see you in L.A.

Health care startup Bright Health has appointed Figliulo & Partners as its creative agency of record, following a review. The New York-based agency will also field media planning, buying and analytics—new work will debut this fall. It's the latest win for F&P, which has won accolades for its recent "Facts First" work for CNN.

"We are looking forward to working with an agency who not only understands how to get a brand noticed but one who thoroughly shares our vision of making healthcare better for everyday Americans," said Bright Health CMO Ali Wing in a statement, noting that the health care industry can be "dark and confusing to most." That's putting it mildly.

They weren't jerking around

Lorissa's Kitchen, which was started by a woman and is aimed at women, is now promoting its meat snacks in a commercial directed by a woman, with a female-led production team, and, yes, it features "real" women. "What Are You Made Of" is Lorissa's Kitchen's first work from Haberman, which it selected as agency of record in 2017 after working with Carmichael Lynch (work included last year's "Snack More, Make Snacks Less" campaign).

Haberman says it only accepted bids from female directors for the project and has submitted its pledge to the "Free the Bid" movement aimed at increasing roles for female directors. The commercial was directed by Cynthia Hill (it's her first commercial) and features women who are not working actors. Lorissa's Kitchen was started by Lorissa Link, wife of jerky maker Jack Link's CEO Troy Link (and daughter-in-law of Jack Link himself). The campaign includes digital video, streaming audio, mobile, web, social, events, influencer and PR work, and is set to run through December.

S&P Global has hired design and innovation agency Firstborn (part of the Isobar Global Network) as its experience agency of record, responsible for creating a cohesive customer experience across its divisions, which include S&P Global Ratings and S&P Global Market Intelligence.

On a much more somber note: Agencies helping Annapolis

All of us at Ad Age were heartbroken to hear the news of the shooting yesterday afternoon at the Capital Gazette in Annapolis, Maryland. For me, this hit especially close to home, since I've worked in newspapers for my entire career. So I reached out to a few agencies in the area to see if they were doing anything to help, or knew any way the larger agency community could help.

I spoke to Raymond Crosby, president and CEO of Crosby Marketing out of Annapolis, who said his company's employees work with the reporters and ad reps at the Gazette — and that some staffers knew victims or their extended families.

"Everyone still is shocked, and of course very sad," he said. The agency is donating $5,000 to a GoFundMe for the Capital Gazette newsroom and its journalists. That's a start, but "I'm sure that we'll look to do more," he said.

He added: "The only silver lining of this is I think the greater Annapolis community and business community will rise up and come to the support of these people who were senselessly killed, and try to rally around the people who are remaining. There's still a lot of people who still have to do their jobs every day."

Herrmann, another Annapolis agency, posted a tribute to the Capital on its website and on social media. "Since our founding 39 years ago, The Capital has partnered with us and our clients on both news and advertising ventures, and their professionalism and dedication never wavered," the post says in part. "The horror of the situation came into focus as we learned five individuals had lost their lives in the newsroom; others who survived will be impacted forever."

Momentum has hired James Robinson, a former ECD at The Martin Agency and CCO at 215 McCann, to lead its creative department alongside chief creative officer Omid Farhang.

The Marketing Store has appointed a new chief creative officer: Michael Rivera, who was executive creative director at The Integer Group/TBWA and has worked at other agencies including MARC USA, Agency.com and JWT.

UM has appointed Kasper Aakerlund to lead its Asia Pacific market as president. Aakerlund was previously the CEO of IPG Mediabrands Hong Kong.

BREAKING: Naive Jr. Creative Team Just Assumed Agency Would Be Closed Monday And Tuesday Before The 4th Of July Holiday