Agency Brief: On to the Next… | Ad Age
Skip to main content

Agency Brief: On to the Next… 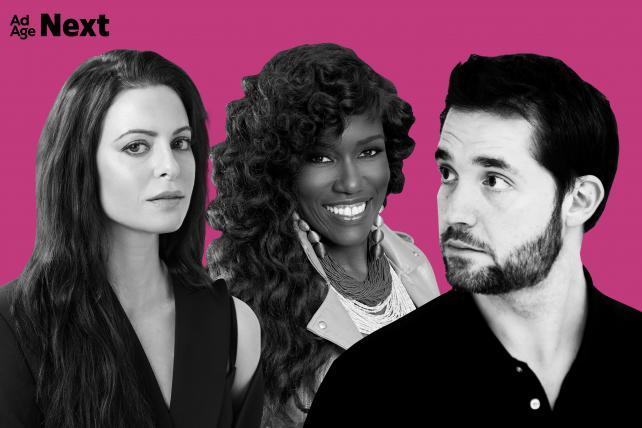 It's the last few drops of summer, so quick: Try to squeeze in one last beach day and ask every reporter you know to moderate that Advertising Week panel you forgot you signed up to organize!

It's been an excruciating four-day week, honestly, so I'll keep it short this time. As you're packing away your summer whites, kissing goodbye your summer Fridays and watching in horror at the conferences and events taking over your fall calendar, let me add one more to your plate.

Ad Age Next, our exploration into innovation in a tech-obsessed world, will be taking place on November 13 and 14 in good ole NYC (so no excuse for you East Coasters). Speakers will include a recently announced session with Endeavor Chief Marketing Officer Bozoma Saint John as well as Reddit co-founder Alexis Ohanian and Girlboss founder and CEO Sophia Amoruso.

We'll even have a "Next Titans" event, in which startup companies from various industries will pitch their businesses to industry leaders Bonin Bough, Cheryl Cheng, Beth Comstock and Gary Vaynerchuk. And cocktails, obviously. It's a can't-miss sort of thing. Of course, I'm biased.

Read on for this week's agency news and have a great weekend. See you next week.

"Score" one for them
360i chairwoman Sarah Hofstetter will be reunited with former colleague Bryan Wiener at ComScore when she joins measurement business ComScore as president next month. Hofstetter had been chair at 360i since April, when Wiener left that post to become CEO at ComScore. She had previously been CEO at the Dentsu Aegis Network agency for nearly five years and worked there for more than a decade. Hofstetter tells me she has total confidence in the leadership team she leaves behind, including CEO Jared Belsky, New York President Abbey Klaassen and new hires Chief Media Officer Doug Rozen and Chief Operating Officer Andrea Terrassa.

"I am super proud of all we've built at 360i and the company is under phenomenal leadership—probably stronger than ever," she says. "But it's time for the next chapter."

"I'm excited about ComScore because I have built my career around solving problems at the nexus of consumer change," she says. "That's where measurement is right now. I think ComScore has all the pieces in place to be the transformative currency for the cross-platform future."

Go for the ribs
In a press release that QUOTED ROCKY BALBOA, indie media agency Crossmedia announced the expansion of its Philadelphia office with the hiring of five new executives (unfortunately none of whom are named Adrian) and the opening of an in-house integrated design and content service called Factory. The office, which opened in 2011, has 40 employees and handles clients including Longwood Gardens, the Philadelphia Zoo and Indiana University.

Thyme for some new work
Fresh Thyme Farmers Market is out with its first brand work from Schafer Condon Carter, which the Midwestern grocer picked as its first agency of record earlier this year. The "Freshness For All" campaign includes a 30-second TV spot in which a spokeswoman, taking the idea of a lemon-yellow suit up a notch by wearing one featuring images of actual lemons, bellows suggestions such as "yams for fams" and "hot peppers for hot firefighters." The campaign also includes out-of-home, radio, social and digital. Fresh Thyme, which is based in Downers Grove, Illinois, has financial backing from supercenter operator Meijer.

A four-legged tour
VML's Colombia office strapped a camera to a very good boy (or girl) for an "office tour on four paws."

On the move…
McGarryBowen New York has named Matt Ian as its new chief creative officer. He was formerly an executive creative director at Droga5.

ICF Olson has hired John Armstrong as its executive VP and group lead. Armstrong was previously a general manager and North American Leader at IBM iX.

IRI has hired Harvey Goldhersz as executive VP for data and innovation for its IRI Media Center of Excellence. He was formerly chief data officer and CEO of GroupM Analytics.