Interpublic Shop Looks To Boost Content Offerings With Ad Agency
READ THIS NEXT
Q&A: Rob Reilly explains why he is moving to WPP 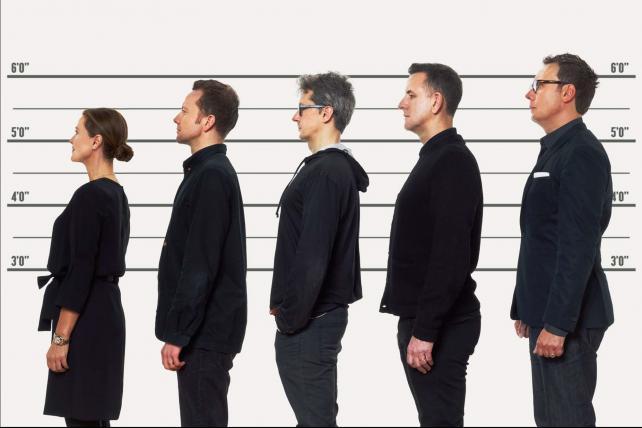 In a push to build its content and paid media offerings, Interpublic Group's PR agency Golin is acquiring creative hotshop The Brooklyn Brothers. Terms were not disclosed.

"We're not looking to create the next 60-second commercial, but the majority of our clients are looking to us to move into paid in a major way, and we like the work that Brooklyn Brothers is doing," said Matt Neale, president-international at Golin. "It's serious paid work and there are a lot of dollars, euros or pounds behind it, but they're earning their audience's trust as opposed to disrupting to gain the audience and that sits well with our heritage."

"We had looked at 60 agencies and talked to 30 of varying skill levels, but pretty much all creative and a lot were heavy in content, which is one of the areas that is important to us," said Gary Rudnick, president, Americas at Golin, who said that Brooklyn Brothers was the best match because of its complementary skill sets and culture.

Brooklyn Brothers, which was Ad Age's Small Agency of the Year in 2014, and is known for a lot of celebrity-driven video on behalf of brands, was looking for a "growth partner," said founding partner Paul Parton, and had explored options with holding companies, entertainment groups, advertising agencies and venture capital firms. He said Golin stood out because it understands the convergence taking place in the industry.

"There's a meeting point between the traditional creative agencies and the earned disciplines now and they're coming together around content and social, and it just felt to us that we're a creative agency, but all the work we're best known for really is content-based and earns an audience," said Mr. Parton.

As for Golin, in addition to taking its content offering from the "minor leagues into the major leagues," the acquisition helps the PR agency gain scale, said Mr. Rudnick. Brooklyn Brothers has 130 staffers across offices in New York, London and Brazil. The shop will continue operating out of its own offices for now, but may merge into Golin's locations in the future. Mr. Rudnick also said the agency is looking at possibly opening some outposts for Brooklyn Brothers in areas where they currently don't have any talent, such as Los Angeles or China.

In turn, Golin will help Brooklyn Brothers, which has worked with the likes of Pepsi and Castrol Edge, grow its capabilities and talk to bigger clients. "Gary and I have both been in big holding companies where we've seen how some acquisitions go and we've seen how not to do them," said Mr. Neale. "They ruin the equity straight away. Brooklyn Brothers is a beautiful brand and we want to growth that brand and work with it as opposed to consume it."

One of Golin's goals for this year in its new partnership is to "go for fewer quality engagements" for its clients, added Mr. Neale, who said he had been impressed by The Brooklyn Brothers' work while serving as a judge at Cannes in 2012 when the shop won a Gold Lion for its "Inspired by Iceland" campaign.

Brooklyn Brothers will continue operating as an autonomous brand, but will collaborate and pitch with Golin on a regular basis, said Mr. Parton, who, along with fellow founding partners Guy Barnett, George Bryant and Jackie Stevenson, will continue managing the shop. The partners will also formally take on titles for roles they were already playing at Brooklyn, which include: Mr. Parton, chief strategy officer; Mr. Barnett, chief creative officer; Mr. Bryant, chief innovation officer and Ms. Stevenson, global managing director. All Brooklyn founding partners will report to Mr. Neale.

David Watson, original London founding partner of The Brooklyn Brothers, will remain onboard through 2016, but plans on stepping down at the end of the year.

An example of Brooklyn Brothers' work that stretched across traditional advertising and social was its campaign to promote NBC Sports' coverage of the Premier League in 2013. The shop tapped Jason Sudeikis to play (American) football coach Ted Lasso, who turned out to be way out of his element when he became the new (U.K.) football coach for Premier League club Tottenham Hotspurs. A year later, the agency did a second installment of the initiative. Mr. Parton said the anchor content for the effort were short web films, which were then cut up into 15- and 30-second TV spots for NBC.