Marla Kapolowitz promised change when she took over at 4A's, and she's delivering: The century-old agency organization is weighing whether to allow consultancies, such as Accenture and Deloitte Digital, to join. 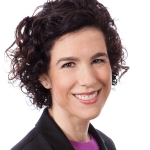 The move is almost certain to stoke controversy in an industry where many agencies view consultancies as heated rivals. The 4A's board is meeting next week and people with knowledge of the matter believe this will be one of the topics of discussion, though Ms. Kaplowitz would not confirm that.

"It's something we're looking at given what's happening from an industry perspective," says Kaplowitz, who took the helm at the 4A's as president-CEO earlier this year. She adds that the likes of Accenture, Deloitte Digital's Heat and IBM ix, among others, have expressed interest in joining the association. A decision by the board is expected by the end of the year.

"It does not go against our by-laws and as [the consultancies] continue to acquire agencies, we have to figure out if it's something we address or ignore," says Kaplowitz, who added that the 4A's also wants to take into consideration the views of its current members since the association is about community.

Ad Age has heard a mixed bag of off-the-record responses from the more traditional advertising agencies and holding companies about extending 4A's membership to consultancies. Some are reticent about the idea because they feel that the consultancies are a looming threat or that they have stakes in too many areas (media planning and buying, creative, audits and more). Other agency executives said that because the industry is evolving it makes sense to allow the consultancies to join the trade group. And of course, new members would mean additional revenue for the trade group.

For the first time ever, four consultancies cracked Ad Age's ranking of the 10 largest agency companies in the world. With combined revenue of $13.2 billion, the marketing services units of Accenture, PwC, IBM and Deloitte sit just below WPP, Omnicom, Publicis Groupe, Interpublic and Dentsu. Last year, only two consultancies—Accenture Interactive and IBM iX—made the top 10. IBM iX was the first to break into the top 10, in the 2014 report.