4A's President-CEO Nancy Hill is no longer scheduled to speak during Advertising Week in New York next week during a session called "Trust Forum: Transparency," along with members of the Association of National Advertisers. It's the latest sign that the rift between the agency groups is far from healing. 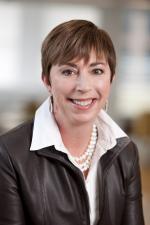 The multi-part session was to begin with ANA execs, members and representatives from Ebiquity and K2 Intelligence, which did an investigation of media rebates in the U.S. on behalf of the ANA. The second part, "A conversation with Nancy Hill," promised Ms. Hill would sit down "for a conversation on the 4A's commitment to taking a leadership role in achieving fairness and transparency in the marketplace."

But the plan has now shifted. "Nancy and executives at the 4A's will instead be conducting member meetings across the U.S. to help 4A's members better understand and implement the new Transparency Guiding Principles of Conduct," a 4A's representative told Ad Age.

In fact, Ms. Hill today emailed the association's members to inform them that the group's Transparency Guiding Principles of Conduct are now a practice standard for membership rather than a recommendation. "The 4A's calls upon its members to abide by the behaviors and conduct set forth in the TGPC to remain in good standing in the association," Ms. Hill wrote in the email.

The 4A's rep added that because the group is focused on "education and making members a priority when it comes to transparency and the Principles of Conduct, they think this will be more productive for 4A's members than further public discourse."

Ms. Hill told members in the email that the 4A's series of meetings will help "member agencies in understanding and implementing the principles." The first meeting was held on Sept. 15 in New York, and other meetings have already been scheduled in various cities, such as San Francisco and Dallas, from now until November.

Last month, Ms. Hill issued a statement in which she dismissed the Association of National Advertisers' transparency guidelines from Ebiquity. Instead, Ms. Hill encouraged agencies to reference the advertising-agency trade group's own guidelines for maintaining transparent agency-client relationships.

At the time, Ms. Hill, who will step down from her role at 4A's by June 2017, said in a statement: "We have reviewed the recommendations in the Ebiquity Report issued last week and feel they are not all consistent with what many of our members have said their clients are asking for in their MSAs. As such, we continue to believe that contractual negotiations are best left between agencies and their clients."

In the ANA transparency guidelines, the association is calling for marketers to diminish "non-disclosed agency activities." The ANA hired Ebiquity as well as investigative firm K2 Intelligence in October to investigate allegations that agencies were collecting rebates from U.S. media-buying deals.

In response to the 4A's rejection of the ANA/Ebiquity report last month, the ANA invited the ad-agency trade group to the marketer trade group's annual Masters of Marketing conference to "have an open dialogue and create a pathway that will lead to industry consensus and collaboration."

Ms. Hill then responded to the invitation in a statement: "We maintain our position that transparency is a best practice and continue to advocate for this to our members. It is inappropriate for a trade association to comment on contractual language, which is between the two contracting parties, not between two trade associations. We have always wanted to have open dialogue, and still welcome finding common ground. But when it comes to legal and contract specifics, we feel these are best left between agency and client."