Today, independent agency Doner has lost yet another executive and partner. 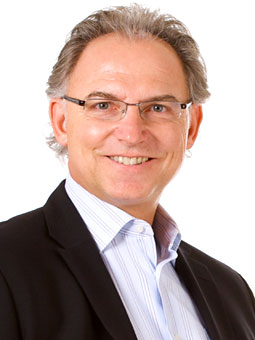 Doner's senior partner and senior VP, Tim Blett, is selling his nearly 30% ownership stake back to the agency and stepping down as head of its Newport Beach, Calif., office, according to the agency. Out of that office, Mr. Blett oversaw the agency's largest account, Mazda, which moved to WPP last year.

That leaves remaining partners David DeMuth, co-CEO and president, and Rob Strasberg, co-CEO and chief creative officer, after what's been a steady exodus of top leadership in the last few years.

Chairman-CEO Alan Kalter left in late 2009 after 43 years at the agency. That departure followed longtime creative and Vice Chairman John DeCerchio, who left and then sued the agency in payout disputes, and Chief Financial Officer H. Barry Levine, who retired after pension fund issues.

While Messrs. DeMuth and Strasberg are the majority stakeholders at Doner, which was the No. 3 privately held agency in the U.S. last year, according to Ad Age Data Center revenue estimates, two other longtime employees also own small stakes.

The Southfield, Mich.-based agency made $133 million in U.S. revenue last year, according to Ad Age Data Center. That was down 6.3% from the year prior, possibly because of the Mazda loss. Today, major clients include Chrysler Group and Coca-Cola and the agency recently won duties for home builder PulteGroup and AutoZone.

However, once the nation's largest independent, Doner has since lost that distinction to Dallas-based Richards Group and Wieden & Kennedy.

So what's next for Mr. Blett?

"Tim [Blett] will be pursuing new opportunities in the field of advertising, marketing, and media," according to an internal memo about the move.

After Mr. Blett leaves the agency at the end of this month, three senior Doner employees will take over management of the Newport Beach office.