With Megadeal, Dentsu Leaves Havas In Dust
READ THIS NEXT
The Kraken rum hires Eleven as AOR after ‘creative sprint’

Forget about adland's Big Four. It's now the Big Five.

Dentsu Inc.'s March acquisition of Aegis Group vaulted Japan's biggest agency firm into a $6.4 billion multi-region powerhouse (based on estimated combined 2012 revenue of the two companies), up from Dentsu's $4.1 billion revenue in 2011.

Dentsu paid $4.9 billion for Aegis, the London-based owner of media agency Carat and digital network Isobar. That was the biggest deal in agency history, topping WPP's $4.7 billion price tag for Young & Rubicam in 2000.

Dentsu ranked in fifth place among agency companies before and after the deal. But the acquisition created a sharp divide between the Big Five and everyone else. Dentsu is nearly three times the size of No. 6 Havas (itself the subject of periodic deal speculation).

The five biggest agency firms -- WPP, Omnicom Group, Publicis Groupe , Interpublic Group of Cos. and Dentsu (including Aegis) -- accounted for 73% of 2012 worldwide revenue and 71% of U.S. revenue for the world's 50 largest agency companies. The Big Five captured 52% of the $35.6 billion in U.S. agency revenue tallied in Ad Age 's Agency Report.

Epsilon in November acquired No. 22 Hyper Marketing, a rollup of marketing-services agencies, for $452 million.

Publicis in January bought No. 26 LBi International, a digital network, for an enterprise value of $591 million. Publicis last July bought the remaining 51% stake in No. 42 Bartle Bogle Hegarty, giving it full ownership of the London agency.

WPP last July bought No. 31 AKQA, a digital agency, for an enterprise value of $540 million. 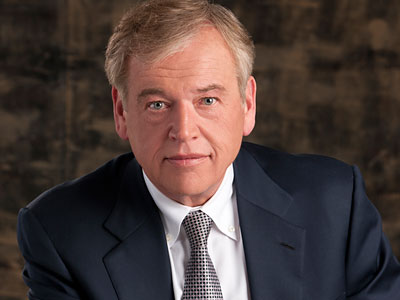 Omnicom last year completed 13 acquisitions, none "material to our results of operations or financial position," according to its 10-K annual report filing.

Omnicom also has been trimming its holdings. Since 2010, it has divested an assortment of smaller units after reviewing global operations with the aim to reorganize or dispose of what President-CEO John Wren has termed "non-core, low-growth, low-margin businesses." But it appears the pruning isn't quite done.

Mr. Wren told an investor conference last month: "There's one company that hangs on that eventually we'll rid ourselves of , but it's not big enough for any of you to care about." Omnicom declined to reveal the name of the unit on Mr. Wren's hit list.