'Permalancers' in Demand After Cutbacks, But Shops Must Learn to Manage Growing Talent Pool
READ THIS NEXT
Grey promotes Javier Campopiano to new global creative role

Though freelancers have long been a part of the agency workforce, their numbers are swelling as shops look to staff up or scale down based on the size of the new-business pipeline. With clients' marketing budgets rallying after a recession that led to the layoff of thousands of full-time staffers, freelancers are shouldering much of the workload at crunch time for a project or pitch.

"We took a lot of costs out when we had to three years ago," said Andrew Benett, CEO of Havas' Arnold Worldwide. But now "the pace of pitching is picking up, and agencies don't have extra people sitting around looking for things to do," he added.

According to Ad Age 's latest Agency Report, revenue growth has outpaced staff growth during the recovery in sectors from advertising to media to PR.

Over the last several week, Ad Age talked with agency execs, freelance talent and staffing companies. The discussions indicate that though expanding opportunities for freelancers benefit them and the agencies they work for, agencies are not attracting and managing freelancers appropriately, which in the long run could impede shops' ability to find the best and brightest.

"The freelance community is getting more demanding about pay and about the environment of agencies," said Lisa Marie Ringus, a director at recruitment firm 24 Seven. "The talent satisfaction is a reflection of an agency, so it's crucial to take time to make sure that you have the expectations aligned."

So far, advertising freelancers appear to be a happy lot. According to a survey with 3,000 national respondents conducted by 24 Seven and Ad Age , 62% of freelancers are optimistic that their job satisfaction will increase in the next year, vs. 46% of full-timers. (Twenty-five percent of the survey respondents were freelancers or consultants, and 70% of the freelancers were women.)

Freelancers are more likely to report a healthy work-life balance than full-time employees. They also feel they have more control over their career path than full-timers. In fact, once an agency staffer goes freelance, it's hard to turn back; the survey found that the longer people are independent workers, the less likely they become to accept traditional employment with a single company.

The trend isn't confined to the ad business. The Freelancers Union's 2011 Independent Worker Survey of 2,500 members throughout the 50 states shows that U.S. labor is generally evolving away from traditional schedules and into "more flexible, contingent work." Almost half of respondents, 46%, earned their income from at least two work sources in the last year. Most people in the survey were involved in the advertising and publishing fields.

"In the ad business, there's also an influx of interest in specialized talent," Ms. Ringus said. "We get a lot of business around pitch work. Another big area is anything in the digital realm."

But finding that talent is another matter. According to Roo Rogers, president of Redscout Ventures (a division if MDC Partners' Redscout), the process is lacking. "Our current system of sourcing freelancers is incredibly inefficient," said Mr. Rogers, who has been researching advertising's freelance market and working to develop digital tools to manage it. By his estimates, the independent workforce comprises 16 million people, a quarter of them in the creative industries. His projection is that the figure will reach 40 million in 2016 and 70 million in 2020 -- 50% of the overall workforce.

Mr. Rogers has been experimenting with a digital platform, which he called "an eBay for the freelance market," that gives workers scores and lets users see which agencies scored them. A beta version of the tool could be ready as early as July, with a formal launch in the fall.

Ad freelancers are most often art directors, copywriters or strategists. Less frequently, they're account people employed to deepen category experience in a vertical, such as beauty or cars. No agency can maintain the perfect mix for every client scenario, which is why the ability to hire temporarily is such a compelling prospect.

"There's enough work for good freelancers with specific skills or a good track record, and what freelance offers agencies is flexibility," said Mr. Benett, a frequent speaker on the topic of talent management. But, he said, "it comes at a price -- you're paying a premium." 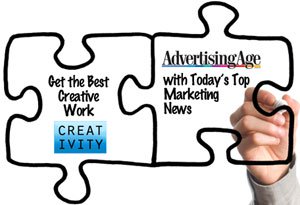 Freelancers, save 70% off the cover price of both!

Mr. Benett estimates that costs for freelance help are picking up after dipping during the economic downturn, with a strong creative commanding between $1,000 and $1,700 a day. In rare situations, he said, "superstar"-caliber independents, with agents who rep them and manage their schedule, may be able to negotiate as much $2,000 a day.

Many agencies refer to their temp workers as "permalance" because they have long-term arrangements for particular projects, say, 100 days of work. "There's far more upside than downside, but the downside for agencies is how much of it can you afford to do and still run a healthy business," Mr. Benett said.

Many freelancers were laid off during the recession or left to have children or for other personal reasons, and have been away so long that a full-time post may not be an option. The downsides for them include lack of job security, no employer-sponsored health insurance, and more-complicated taxes. Another major difficulty can be getting paid -- independents, for example, are not protected by Department of Labor regulations.

Elizabeth DeMaso, who earlier in her career worked at Deutsch and Hill Holliday (and was an Ad Age Woman to Watch), has been a freelance business-development exec for nearly a decade. She has had long-term engagements at several agencies, including a stint for Saatchi & Saatchi on the JCPenney account.

"A key to success as a freelancer is treating the job as a permanent commitment," Ms. DeMaso said. Having that attitude, she said, she was often invited to Saatchi meetings and events, and treated as a part of the team instead of someone "who stays in the back closet producing work that gets presented by other team members."

Mr. Benett feels strongly about the importance of freelancers' engaging with full-time staffers.

"They have to understand our culture and how we work, so we like them to come in and spend time with us," he said. "Just phoning it in and sending in the ideas -- that 's when neither party gets the best out of it, and that 's when I see the most work hitting the cutting-room floor."

Understanding the rhythm and quirks of agency life is vital, said Tom Christmann, a creative who spent 20 years working at shops such as BBDO, TBWA/Chiat/Day, Taxi, Cliff Freeman & Partners and JWT. He now writes an ad blog called "We're All Freelance."

Mr. Christmann largely credits technological advances and social sites for allowing freelancers to obtain assignments faster and to complete the work remotely. But he said he doesn't necessarily see the ease of freelancing as a good thing.

"If you just jump in as a young freelancer, you'll get a lot of work, but I don't know that you'll get any real [in-house agency] experience in terms of things that will help you get jobs later in life," Mr. Christmann said. "People who are hiring me like the fact that I've managed clients and have been on a lot of shoots. Along the way I learned so much about client contact, managing people and the politics of agencies. Those 20 years were really important."

How can agencies win and retain the best freelancers? First, respect them.

"There's a knee-jerk reaction for clients when they're under the gun to say 'I need this now,' " said Ms. Ringus at 27 Seven. Instead, she said, consider what the person wants and needs.

Agencies must also recognize that freelancers may ask for extra compensation for hours worked off-site, she said, and that to compete for the best they may need to offer health insurance or retirement incentives.

Communication is critical, she added. Be clear about both sides' expectations -- for example, making sure you arrive at a competitive rate without overpaying. "Be upfront about what the work entails," Ms. Ringus said. "Too many agencies are being too loose on information, and [odds are] they aren't the only person requesting time from this freelancer."

The bottom line: Have a management plan, she said. "It's one thing to get the body in there, but it's another to make sure that you are managing the talent pool."