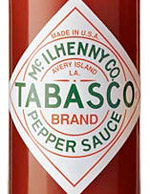 Ad Age broke the news of the review in September. The process was overseen by Santa Monica, Calif.-based consultancy Select Resources International, and according to McIlhenny executives, the company was flooded with about 110 inquiries to participate in the pitch. From that group, 20 shops responded to a request for proposal, which were whittled down to four finalists: the incumbent, Ogilvy, Wieden & Kennedy and the Richards Group.

"The quality of the work from all four agencies was just outstanding; it was very difficult to have to pick only one," Tony Simmons, exec VP of McIlhenny and the great, great grandson of Edmund McIlhenny, who invented Tabasco in 1868, told Ad Age.

The privately held, family-run business is now in its fifth generation, and Mr. Simmons was one of three family members and seven other senior execs at Avery Island, La.-based McIlhenny to cast votes on its new agency.

"Our executive group that made this decision was impressed with the depth of knowledge [Ogilvy] had been able to gain about our business and some of the insights they were able to share with us," said Mr. Simmons. For Ogilvy, the win caps a year in which it was more active on the new-business front, netting new assignments such as lead creative duties for Ikea and a corporate assignment for Unilever.

So why is McIlhenny looking to make a change now? The proliferation of so many new media channels made it confusing to know what sort of an advertising strategy to pursue, Mr. Simmons said. "The channels of media are so dynamic right now. ... We really wanted to see what other agencies thought the best ways for us to go to market would be." He added that company has yet to finalize a new marketing campaign. "We didn't zero in on a particular campaign -- we looked at it more as selecting an agency rather than a particular campaign."

"Having not done a review in 20 years it was hard for us to measure where we were," he added. "If we hadn't really felt like we had seen a good reason to move we would have stayed [with TracyLocke] but we couldn't know until we went out there ... which is one of the reasons why we were glad that TracyLocke was interested in defending the business."

Martin Manion, VP-marketing for McIlhenny Co., in a statement said: "This exercise gave us permission to rethink all aspects of our traditional marketing protocol and gain a better understanding of contemporary consumers and the rapidly changing media landscape. Ultimately we want this decision to breathe new life into our Tabasco brand initiatives by having an engaged conversation with consumers who participate in a very emotional category We are excited about working with Ogilvy West and look forward to a creative and dynamic partnership."

Although Ogilvy will become the new lead creative shop for Tabasco, TracyLocke is being kept on during 2011 to handle a consumer-marketing assignment for a single product. The agency didn't immediately return a call for comment.

While Tabasco is a category leader, marketing spending for the brand is low. According to Kantar Media, McIlhenny devoted only $2.5 million to measured media in 2009, but is on track to double that this year, having spent $2.6 million in the first six months of 2010. The company said 2011 marketing budget figures have yet to be determined but declined to share any details.

The main thrust of Ogilvy's creative duties will be Tabasco's pepper sauces and bloody mary mix. The company also has other products however, such as pepper jellies and a chili starter, as well as co-branded products such as Zapps potato chips, Spicy Cheeze-Its, Spicy Slim-Jims and even a Tabasco Spam that was originally developed for Guam and now available in the U.S. More innovations are on the way. "We are always looking to see whether there are other co-branded products that make sense," Mr. Simmons said.