Agencies debate pulling out of the 4A's

Among the agencies considering not renewing is McCann Worldgroup, said to be paying $250,000 in annual dues
READ THIS NEXT
Latest agency layoffs and furlough measures in response to the pandemic 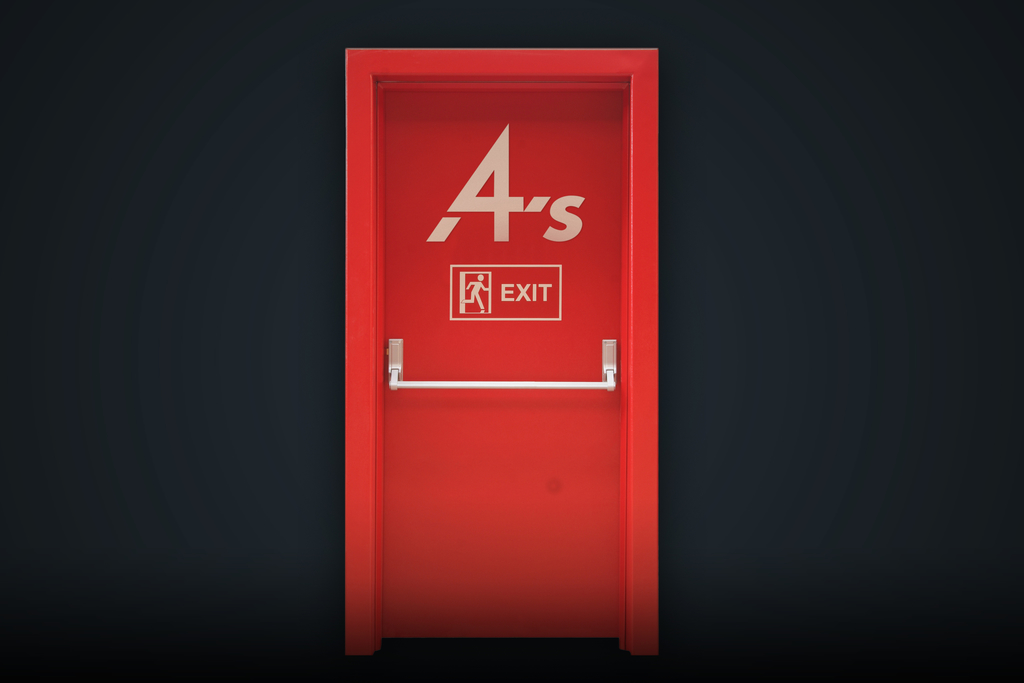 As recession looms and their margins fray, advertising agencies are beginning to rethink their membership in the 4A’s. Interpublic Group of Cos.’ McCann Worldgroup is one such network weighing its investment in the trade group—it spends around $250,000 a year in dues—and is reconsidering that hefty renewal, according to three people close to the matter.

Founded in 1917 as the American Association of Advertising Agencies, the 4A’s proclaims to serve more than 700 member agencies that control over 85 percent of total U.S. advertising spend. It essentially acts as the cheerleader for agencies, lobbying for their rights in Washington, D.C., and even providing insurance to 170,000 of its agency members’ employees.

However, lately, agencies are increasingly questioning its worth and its role as their public defender in the industry amid widespread pressures including declining client budgets that have shops scrutinizing their expenses.

“Our industry is facing a series of major issues where we naturally look to our associations to take the lead in addressing them,” says Harris Diamond, chairman and CEO of McCann Worldgroup, declining to confirm that the network is considering leaving the 4A’s. “Regarding the 4A’s, the issues of privacy, talent and unions, media accountability, and tax and policy issues are areas where their focus can have the biggest impact.”

One person at McCann close to the discussions who would talk on condition of anonymity says the agency has reviewed its membership with a number of organizations. The person says for gaining proper benchmarks on client billings and employee salaries, the 4A’s is still a helpful resource, but when it comes to going to bat for agencies and leading the charge on how to deal with issues that matter most to them, the organization is losing its sway and relevance.

Should it not renew, McCann's membership would expire in 2021 since it is paid up for next year.

Negotiating ploy?
Marla Kaplowitz, 4A's president and CEO who succeeded Nancy Hill at the helm of the 4A’s in 2017, along with Greg Stern, founding partner of BSSP and board chair of the 4A’s, say membership is flat year-over-year. Kaplowitz speculates the current chatter is a negotiating ploy as the 4A’s prepares for its membership renewal season. The 4A’s will begin outreach to its members in January, reminding them of renewal, which will be due in March, according to Kaplowitz.

She and Stern both highlight recent 4A’s accomplishments, including the 4A’s Government Relations team two years ago that beat back an ad tax, saving the industry an estimated $16 billion in 2018. They say the 4A’s current focus is on data privacy and lobbying for national legislation, rather than state by state, in the wake of GDPR in Europe and the California Consumer Privacy Act (CCPA).

“The Advertiser Protection Bureau benefits the industry, not just the members,” Stern says, seeming to suggest that if it’s about the cost, networks that can afford the membership should renew.

According to Kaplowitz, membership dues increased “a modest” 2.5 percent last year after two years of remaining unchanged. She also points to the success of its recent reorganization of its events that ended its annual giant Transformation conference last year in favor of smaller forums including Decisions 20/20 in March that drew a crowd of 450 attendees.

Though Kaplowitz denies the 4A’s ended the Transformation conference (which rebranded to Accelerate in 2018) because of declining attendance, one industry executive said it was a factor. "The 4A’s has always struggled in retaining a certain level of relevance,” says the person. “That said, it’s not easy for an organization to be all things to all people.”

The person says that "nine out of 10 times [agencies] opt not to [join] because they just don’t see what is in it for them. While they say advocacy in Washington is important, that’s just not enough to warrant what it is the 4A’s offers.”

Shops sit out
A simple search on the 4A’s website shows big names like Wieden & Kennedy, MDC-owned 72andSunny, Accenture Interactive’s Droga5 and Omnicom-owned Goodby Silverstein & Partners are not members. (It’s worth noting that at least two chief executives at well-known creative shops on opposite coasts confessed to not knowing whether they are members.)

For many smaller agencies, the price of the membership, which is based on an agency’s adjusted revenue, is just too steep. “We had a few conversations with [the 4A’s] and really did consider it, but the cost barrier was a big [deterrent],” says Chris Witherspoon, president and chief growth officer of independent creative agency DNA Seattle.

Instead, Witherspoon says DNA Seattle is a member of the Association of National Advertisers and ICOM, a global network of independent agencies.

He says he doesn’t remember the exact price the 4A’s offered DNA Seattle to become a member, but asserts it was “significantly less” than the ANA and ICOM combined. For the ANA, Witherspoon says DNA Seattle is paying $3,500 a year and for ICOM, less than $10,000.

What Witherspoon says he gets out of ICOM in particular is closer access to all of the other members. “I can pick up the phone and call other agency executives,” he says. “It’s very personal.”

Witherspoon does say the agency would possibly reconsider joining the 4A’s but at its current “stage and size,” the membership was “not the best fit for us.”

He adds his daughter went through the 4A's MAIP program (for increasing diversity in the industry) upon his recommendation.

ANA vs. 4A's
“Obviously the ANA leans more toward the marketer, and that’s why agencies are getting more interested in the ANA because that’s where our clients are and we’re trying to understand the needs of our clients more,” Witherspoon says. “We made the decision to be associated with the ANA. They have a good pulse on the concerns of the client.”

The anonymous industry executive, however, scoffs at that reasoning. “If you think you’re going to get closer to clients by joining the ANA, you’re crazy,” the person says. “It’s not how new business gets done. I think the more relevant part is that [agencies] don’t feel like they’re getting any advocacy in any way from the 4A’s.”

Another executive at a small agency who asked for anonymity says her shop pulled out of the 4A’s last year after paying between $40,000 and $60,000 annually in the decade it was a member. Her agency, too, has since joined the ANA.

“When I think about the research, the community of like-minded people, the 4A’s enabled that and fostered that to happen,” the executive says. “But the more mature an agency we became, we just didn’t feel like the 4A’s was advancing their knowledge or point of view on the changing landscape. Think about what has happened in the past 10 years in our industry. The changing types of agency-client relationships. All of the internal agencies popping up client-side. The 4A’s didn’t seem to ever be driving agendas and conversations that were advancing and helping us move forward.”

She says “the value wasn’t there” and that “it’s very expensive.” For the ANA membership, the executive’s agency is paying around $7,000.

The ANA, founded in 1910 to protect the interests of the marketers, began opening certain membership opportunities up to agencies in 2015. Non-marketers including agencies, law firms, consultancies and tech firms are able to enroll in a secondary membership program called Marketing Solutions Provider (MSP), which has three tiers: platinum, gold and silver that offer various benefits, research and access to conferences. According to the ANA, 103 companies have joined the ANA MSP program since the start of the year, but it did not provide a breakdown of how many of those are agencies.

“We set a record for MSP acquisitions last year and expect to exceed that number by year end,” a spokesman for the ANA claims.

The feistiness factor
“I do have moments where I come this close to sending an email to [Wieden & Kennedy Chief Creative Officer] Colleen DeCourcy and Jeff Goodby about creating a new co-op to re-represent a prideful stance for agencies who want to be great,” Michael Duda, managing partner of Bullish, says. “But I don’t.”

Duda says he “grew up idolizing the 4A’s” and immediately became a member when he launched Bullish alongside fellow Deutsch veteran Brent Vartan in 2016. They ultimately decided not to renew their membership in 2018.

“As much as I love, love, love this business, it was unfortunately an easy decision to opt out even as we were tripling our growth,” Duda says. “We felt guilty as if we were abandoning a charitable cause that no longer was relevant to us. But the healthy, at times heated, debates between the 4A's and ANA has turned into a monologue; the ANA has the consolidated gravitas in the marketing industry.”

Duda feels the organization has lost its feistiness under new leaders. He says he misses outspoken Horizon Media CEO and founder Bill Koenigsberg, who served as board chair to the 4A’s from 2014 to 2017, when he was replaced by Stern. Former President-CEO Hill, who served alongside Koenigsberg, once called out Maurice Lévy on stage at a 4A’s conference after the former Publicis Groupe CEO suggested that the incident involving ex-J. Walter Thompson CEO Gustavo Martinez stepping down over alleged sexism and racism was “a one-time mistake” and not “endemic of what’s happening in our industry.”

“We should always be vocal and championing agencies and I think I have been,” Kaplowitz says. “I’m also not going to go down this negative path. I’m not going to be defensive, it doesn’t benefit anyone.”

The loyalists
Balancing out the dissatisfaction of some shops are loyal 4A's supporters.“The 4A's is about making the industry stronger and elevating the discipline of marketing and advertising,” says 360i President Abbey Klaassen. Erin Matts, CEO of Hearts & Science U.S., calls the 4A’s a “critical resource and partner.”

“One of the most powerful things about the 4A’s is what you don’t see,” adds Rob Schwartz, CEO of TBWA/Chiat/Day New York. “It’s the work they do on behalf of all agencies in Washington, D.C. Fighting the good fight on all manner of legislation and regulation.”

“There has always been a community among small agencies helping each other out, sharing new business references, offering counsel, etc.,” Caiozzo says. “A growing collection of small agencies, including Interesting Development, are providing support to each other by meeting up on a semi-regular basis to discuss issues affecting them.”