Agencies Embrace Family Leave in Fight for Talent and Equality

At Periscope, Liz Ross Appointed a Number of 'CEOs for a Week' During Her Leave
READ THIS NEXT
Omnicom Group sees sharp revenue declines in third quarter 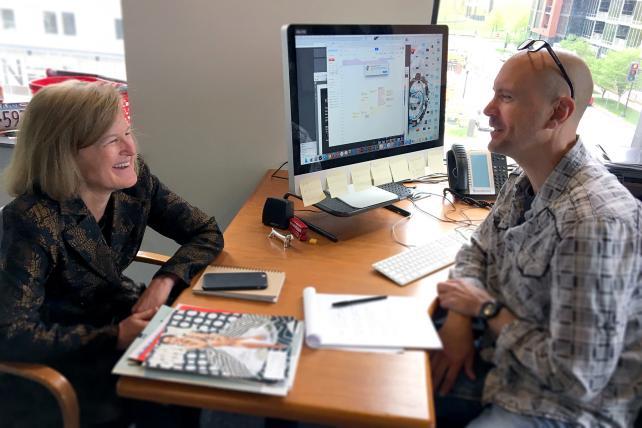 Liz Ross was on her way to a last round of interviews for the CEO gig at Periscope, a midsize creative agency in Minnesota, when she started feeling sick. A few days later, she found out she was pregnant–ultimately with twins. She got the job offer, agreed to move from Chicago to Minneapolis and started planning for her leave before her start.

Little did she know that she would become part of a movement to change practices in an industry that hasn't historically provided adequate support to women returning soon after childbirth. Ms. Ross got the ball rolling by updating the shop's parental leave policy and offering staffers the chance to compete, through essays on the future of advertising, to be CEO for a week during her time away. Staffers were promised the opportunity to sit in on and lead advisory board meetings, propose new agency benefits and activities, and park in the coveted CEO parking spot. 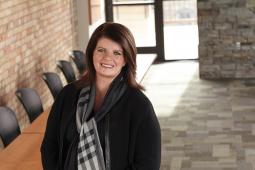 Ms. Ross isn't alone in her quest to change agency culture and parental leave policy. Agencies in particular are competing for talent against digital media and tech companies such as Google and Facebook that offer more robust benefits. Spotify last November began offering all full-time employees up to six months' parental leave with 100% pay.

As shops seek to respond and as women attempt to break the glass ceiling of an adland that still, in some corners, resembles Sterling Cooper Draper Price, male and female agency CEOs alike are updating antiquated policies. Among the many shops that have added longer and more flexible hours for new parents returning to work are Omnicom's Organic, holding company Interpublic Group of Companies and independent media agency Horizon.

Prior to taking her own maternity leave, Ms. Ross quickly added leave and flex benefits for new dads and adoptive parents. Upon her return, she'll also look at the possibility of extending the existing paid-time-off policy beyond two weeks and short-term disability. And she'll consider adding better parking for pregnant women and more flexibility for both new parents and non-parents, she said.

"We want to look at ways to make it easier to be a parent and not just [through] maternity leave," she said.

Ms. Ross said similar steps around the industry partly reflect recent high-profile events, such as the lawsuit against the former CEO of J. Walter Thompson, which have raised questions about the gender divide, wage gaps and effective marketing. "The idea that a single demographic can create impactful advertising for all people is a misnomer," she said. "It's a changing world."

The resulting conversation is yielding an "overarching premise" that includes treating new and expecting parents well.

The U.S. is one of the only countries without a nationalized maternity program, Madonna Badger, chief creative officer of Badger & Winters, said in another story in the most recent issue of Ad Age. "Without family leave, none of this matters," she said. Women start off evenly represented in the workforce but their numbers dwindle significantly after their childbearing and rearing years, she added.

As part of an enhanced family leave policy it implemented in March, IPG expanded 100% paid paternity leave to six weeks from two and added family-care initiatives such as new-parent counseling and emergency daycare support.

"Family-friendly policies are top of mind and top talent is demanding more and more in this area," IPG CEO Michael Roth said in a statement. "Our new program, which we've renamed 'Employee & Family Leave,' (rather than Parental Leave, as it has been known) is more inclusive and robust, making us more competitive in the industry. It's our hope that this change will provide our employees with the opportunity to minimize financial stress when disabled or caring for a new baby, adopted child or sick family member."

Independent media agency Horizon also recently began a program called "Spring," which expands on the shop's "dedicated mother's room" with a sponsored supplemental leave policy that "may provide up to 11 weeks of pay, depending on eligibility, to 'facilitate a smooth transition back to work for new mothers and fathers,'" a Horizon spokeswoman said.

"Historically, it was the employees' responsibility to manage all their personal needs outside of the workplace," said Marie-Claire Barker, global chief talent officer at WPP's MEC. "Companies are now waking up to the fact that to compete for the best talent, they need to demonstrate their ability to help their people with this aspect of their lives. It is about creating a flexible environment which supports the overall wellness of their talent, removing the barriers that inhibit them from performing well and being innovative."