TGIF. We made it all the way to another summer Friday. This week's Agency Brief has a lot of new things: talent, offerings, accounts, offices, campaigns and more. It even has a little something about 100 new beers.

Alright, enough teasing. On to the news... 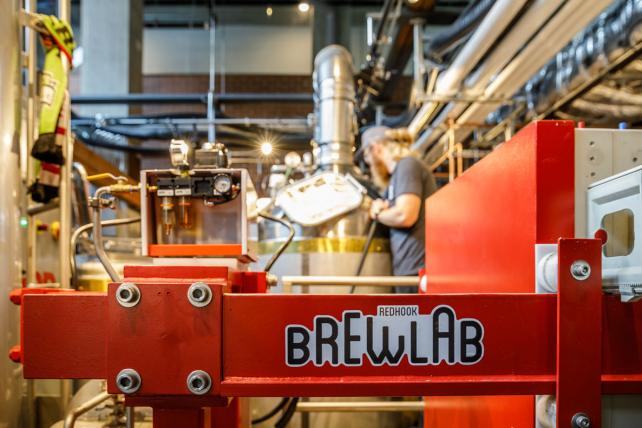 Duncan Channon, the creative agency for Redhook Brewery, helped the brand conceive the idea for and launch an experimental brewery and pub called Redhook Brewlab. The brewery, which opened in Seattle's Capitol Hill neighborhood on August 17, is looking to re-energize Redhook and bring it back to its craft roots. More than 100 small-batch beers are being created for the initiative, with 16 versions rotating through the taps at a time. Duncan Channon also created the Brewlab brand identity, name, signage, menus and merchandise.

Chipotle tapped Deloitte Digital to update the restaurant chain's mobile ordering platforms, including upcoming redesigns of its iOS and Android ordering apps slated for this fall. The updates, Deloitte Digital says, should make it easier to customize meals, find nearby restaurants, show calculated pickup times and offer enhanced payment options. If successful, the changes are another way the struggling chain may be able to bring in more revenue. Deloitte says that when technology is used to place an order at a quick-serve restaurant, average spend rises 20% per visit and the frequency of visits to that restaurant rises 6%. Chipotle, with NCR and Sequence, worked on the earlier version of the app.

Ushering in a new era

Omnicom's Rodgers Townsend is saying goodbye to one of its two founders, Tim Rodgers, on Aug. 30 as he enters retirement. He will be succeded as CEO by TBWA's Andrew Dauska. Most recently, Dauska served as managing director and lead client partner for Nissan North America TBWA, a sibling Omnicom agency. He, like Rodgers, will report into Wendy Clark, president-CEO of Omnicom's DDB North America. Dauska, in partnership with Michael McCormick, exec VP and chief creative officer of Rodgers Townsend, will work on clients such as AT&T, The Hartford, Spectrum Brands. 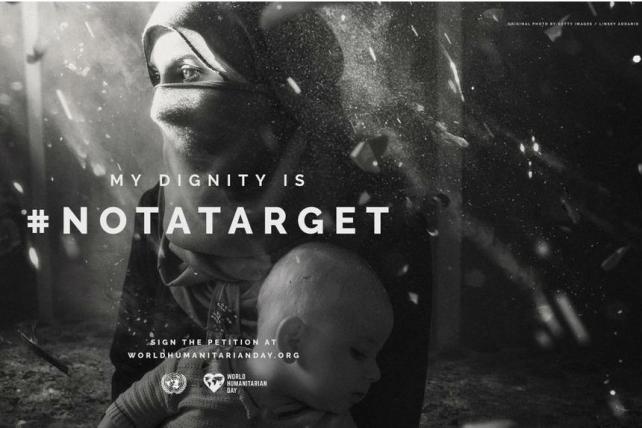 The #NotATarget campaign for the United Nations' World Humanitarian Day.

One world, one love

The United Nations is using one of the first Facebook Camera Effects in a global campaign, themed #NotATarget, for its World Humanitarian Day on Aug. 19. WPP's VML, which is the lead agency for World Humanitarian Day, built the functionality for the Facebook Camera Effect. The technology uses Facebook Live and Camera as an interactive teleprompter, allowing people around the world to share stories about themselves and other civilians affected by war and conflict areas. The goal of the effort, which includes celebrity involvement from Charlize Theron, Michael Douglass, Larry Fitzgerald and others, is to educate and engage millennials in the hope that they'll push for change. In addition to the Facebook Camera Effect, the campaign will use global broadcast TV, out-of-home placements and a social media element, with participation from all U.N. agencies and partner NGOs.

FleishmanHillard is promoting Build-A-Bear Workshop's 20th birthday celebration. The PR agency will handle media relations, influencer engagement and event support in the U.S., the U.K. and Canada, with a focus on the brand's "memories." Since its foundation in 1997, more than 150 million Build-A-Bear stuffed animals have been created across the brand's 400-plus stores worldwide.

Putting its money where its mouth is

Asset manager American Century Investments has named Figliulo & Partners its U.S. agency of record, focusing on strategy, creative and media planning and buying. The shop expects to launch its first work for the 60-year-old finance company in the fourth quarter of this year. The new account follows a few big moments for F&P this year, including launching a media department in January and hiring former Barton F. Graf Executive Creative Director Scott Vitrone as its first chief creative officer.

After going through a talent exodus earlier this year, BBH New York named executives to the positions of chief creative officer, CEO and chairman at the end of June. Now the shop is continuing to bolster its talent. This week, BBH N.Y. hired Droga5's Brett Edgar as head of account management and Anomaly's Darus Zahm as group communications planning director. The shop also promoted BBH veteran Kendra Salvatore, who has been instrumental in the PlayStation account, to head of planning.

It takes a village

Allison & Partners is introducing an offering called Workplace aimed at helping companies become great places to work by adopting "employee first" mentalities. According to a recent Allison & Partners study, 68% of consumers say they will change or form an opinion about a brand based on how it treats its employees, while 67% say they'd be inspired to try or buy a product if an employee speaks positively about the brand. The offering provides clients with in-depth research, strategy sessions and insights on internal and external communications. Allison & Partners already has some companies trying out the new offering, including Adecco North America, one of the largest recruiting and staffing organizations in the world.

WPP's Cohn & Wolfe is expanding its footprint in Latin America by opening its fourth office in Brazil in Belo Horizonte, which translates to "beautiful horizon." The city is the capital of Brazil state Minas Gerais, a booming tech hub. Belo Horizonte is the only city in South America with a Google Engineer Lab. Cohn & Wolfe also has offices in São Paulo, Rio de Janeiro and the country's capital city of Brasília. The shop declined to describe its business results in detail, saying only that it's growing by "double digits" in Brazil.

12 number one hits. 300 million records sold.
Before your favs, there was @Madonna—the original pop chameleon. pic.twitter.com/OcOu559GbM

224 – the number of mergers and acquisitions made by holding companies globally from the beginning of the year to July, according to R3's latest Holding Company M&A League chart. In terms of deal value, the 224 M&As clock in at nearly $5.1 billion, the report says.