Happy Friday! Many of you are likely recovering from—or soon to recover from, if you're there to the bitter end—CES 2018 and the tsunami of news it released. The Las Vegas event also caused a lot of buzz on social media, from stripper robots to #CESblackout. (Check out this story here and the tweet below.)

Now onto other things going on in the agency world. 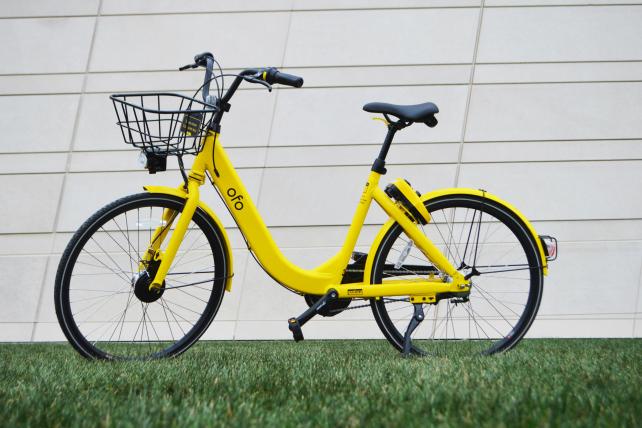 Catching a ride
Catch New York has been named AOR for global station-free bike-sharing platform ofo, which has more than 10 million bikes in 200 cities across 18 countries. This summer, ofo made its North America debut in Seattle, followed by Washington, D.C., the Boston area, Los Angeles, Miami and Dallas. Catch will create an integrated campaign for the brand as it continues to roll out in the U.S., including creative, guerilla media, events and website development. The agency will also gather research and start to develop global creative to unify ofo's brand message worldwide. Citi Bike better keep an eye out for ofo in the passing lane.

Power of one woos McD's
While McDonald's no longer works with Leo Burnett in the U.S., its international ties to the agency are growing. Publicis Groupe, including Leo Burnett as lead creative agency, were picked to handle the account in the Gulf Cooperation Council region including Bahrain, Kuwait, Oman, Qatar, Saudi Arabia and the United Arab Emirates. Along with Leo Burnett, talent from Starcom, SapientRazorfish, Prodigious, MSL and Arc are going to be involved in a "Power of One" model for the McDonald's region. According to Publicis, it's the first time McDonald's put the whole portfolio in that area up for review. "Publicis Groupe won because of its ability to transform its offerings into a solution required to take our business into the future," Tarek El Kady, senior marketing director, McDonald's Middle East & Africa, said in a statement posted on Leo Burnett's website.

Senior soda leader
McCann Worldgroup promoted Dhane Scotti to lead its global Coca-Cola account. Scotti joined McCann about two years ago from BBDO. Coke had been led by Matt Woehrmann. He was promoted to CEO of Fitzco//McCann in Atlanta in 2015. With the CEO duties taking most of his time, McCann needed to bring in a full-time leader on Coke.

Food focus
T3 was picked by Focus Brands Inc., as the restaurant operator's digital and social media agency of record. While the name Focus might not ring a bell, chances are its portfolio of brands will: Auntie Anne's, Carvel, Cinnabon, McAlister's Deli, Moe's Southwest Grill and Schlotzsky's. T3 said its work will include digital and social planning and media buying.

People person
Jack Morton has hired Melissa Rose as its first chief people officer, focusing on helping the agency continue to grow while also retaining and cultivating talent. Rose will report to Chairman and CEO Josh McCall and be part of the agency's executive leadership team. Most recently, Rose was vice president of human resources at intellectual property software company Anaqua. Prior to that, she held posts at Hill Holliday, ISM, Carat and iProspect.

Guess who's back, back again: @Oreo. https://t.co/sXYnk8QXLT

Number of the week
68 – the percent of global senior business decisionmakers struggling to bring their data, creative and technology together despite having access to more innovative marketing tools and systems, according to a Wunderman study. The research, conducted in partnership with Penn Schoen Berland, included insights from 250 senior executives at global brands.