Happy (belated) New Year! For those on the East Coast, I hope you all made it through Bomb Cyclone safe and sound (and with a glass of wine or hot cocoa in hand). Most of you were likely finishing up your A-List submissions while watching the swirling snow.

Dannon taps a new quarterback for Oikos team
Dannon and its Oikos brand of Greek yogurt quickly severed ties with Cam Newton in October when the Carolina Panthers quarterback said it was "funny" to hear a woman asking about football routes. Now the company, the official yogurt sponsor of the NFL, has drafted Dallas Cowboys quarterback Dak Prescott to star in its new "Fuel Your Hustle" campaign for Oikos Triple Zero Greek yogurt. And based on a TV spot, Prescott has two cute dogs, a fridge neatly stocked with produce and, of course, lots of Oikos Triple Zero. The creative work comes from what Dannon refers to as DanTeam US, which includes WPP's J.Walter Thompson, Wunderman and Geometry.

Local fitness fun
Marketing communications agency BizCom has added Gold's Gym Franchising to its client roster, focusing on sharing stories as the gym's franchise network continues to expand in the U.S. and overseas. This year, Gold's Gym, which has more than 700 locations worldwide, is looking to intensely focus on franchise development to add more locations in the U.S and expand in Europe. While Arnold Schwarzenegger may have helped Gold's Gym make a name for itself back in the day, BizCom's franchise work will focus more on telling local stories. 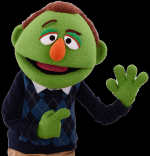 Lending a hand in media
R2C Group has won the media account for online loan marketplace LendingTree, following a competitive review. The data-focused creative and media agency will focus on media planning and buying and analytics for LendingTree's TV and radio efforts. One of R2C's main goals is to drive new customer acquisition for the brand with a diverse media approach that will reach different audiences. "The promise we make to clients is what we call Transactional Brand Building—the idea that branding and sales can be achieved at once," said Michelle Cardinal, co-founder and CEO of R2C Group, in a statement.

Food subscription marketing sheperd
Patrick Yee joined Daily Harvest as chief marketing officer this week. Yee was CEO of branding and creative agency Laird + Partners for about 10 months before departing in December. Now, he'll lead the marketing for a subscription service for foods described as "frozen, plant-based, one-step-prep," including smoothies, chia parfaits and soups. Daily Harvest recently closed $43 million in Series B funding led by Lightspeed Venture Partners, with significant participation from VMG Partners. Other investors in the New York-based company include M13, Bobby Flay, Shaun White and Haylie Duff. Yee brings a varied marketing and business background to Daily Harvest, which was founded in 2015. Before his short stint at Laird, Yee spent about eight years at Refinery29, where his last role was executive VP of marketing and strategy. He was founder and president of Shopflick and co-founded digital marketing agency RocketXL, which were sold in 2009 and 2008, respectively. He also worked as an equity research analyst at Soros Fund Management and was in M&A at Wasserstein Perella.

Client queen
VaynerMedia has a new chief client officer: Andrea Sullivan, who was formerly the CMO of Interbrand, running its client services group. CEO Gary Vaynerchuk says Sullivan has an "impressive rolodex" (1980 called!) and will help divide and conquer with the company's most senior relationships. "It's going to help me scale what is now becoming a 'crippled-by-opportunity' scenario," he says. "VaynerMedia is on the verge of an enormous amount of excitement and I think with Andrea as our incredible partner there will be a lot more in 2018." Sullivan has worked with brands including McDonalds, P&G, GE and J&J, the company says. She will report directly to Vaynerchuk.

Happy New Year, let's make 2018 the year of not interrupting women during meetings.

Number of the week
46 – the number of days until we reveal who made this year's A-List in our Feb. 19 issue!