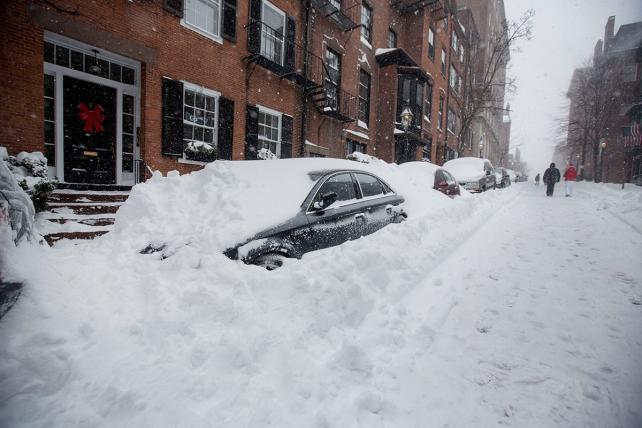 Happy Friday, and Happy Chinese New Year! Valentine's Day is out of the way and all of the boxes of chocolate, flowers and sappy social media posts are behind us, which means the next big occasion to anxiously await is Ad Age's annual Agency A-List, due out Sunday night.

Before we head into the long weekend for President's Day, let's see what happened in agency news.

Don't even think about it

The Chicago contingent at Ad Age had fun this week educating the New York bureau on the ins and outs of "dibs"—the time-honored Chicago tradition of using various objects to save a parking spot that's been dug out from snow. That could mean lawn chairs, light-up Nativity scenes, mannequins yielding vaguely threatening signs ... You get the idea. Havas Chicago celebrated the practice with an art installation featuring painted chairs with messages like "NOPE," "DIBS—DON'T EVEN THINK ABOUT IT!!" and "If you taka my space, I breaka you face." The chairs were done by Chicago artists including J.C. Rivera and Lefty Out There. Havas is now auctioning them off on eBay with proceeds going to Lincoln Park Community Services, which helps Chicago homeless with housing, counseling and job training.

Independent marketing and communications agency Brownstein Group has begun a program called "BG20 x 2020," designed to make sure 20 percent of its agency staff comes from underrepresented backgrounds by 2020. The Philadelphia-based shop, which says it already has a pretty significant number of women and LGBTQ community members on staff, plans on expanding recruitment efforts to schools and universities with historically higher percentages of people of color. Brownstein Group is also starting a "BG Gives Back" effort focused on purpose-driven initiatives.

Two months after MullenLowe's Kristen Cavallo joined The Martin Agency as CEO, the Interpublic Group shop has signed the Free the Bid pledge, an initiative calling for all agencies to include at least one female director every time it triple-bids a production for a client. Cavallo joined Martin after the departure of Martin Agency Chief Creative Officer Joe Alexander, which followed an internal investigation into an allegation of sexual harassment. "Diversity is something we all talk about, and Free the Bid is a simple but powerful action we can take that moves beyond just talk," said the Martin Agency's new chief creative officer, Karen Costello.

All eyes on the Y

Catalyst Public Relations, a division of Endeavor Global Marketing, created a digital content series for YMCA of the USA featuring celebrities including actor Ethan Hawke, Olympic Gold Medalist Allyson Felix and chef Marcus Samuelsson. The "My Y Story" multi-part series highlights the stars' ties to the Y and their communities, and while it doesn't include the Village People, hopefully the content shows that it's fun to stay at the YMCA.

The MLB's San Francisco Giants have named 215 McCann the team's new advertising agency of record, following a competitive review. The Interpublic Group shop will work with the Giants on a campaign to celebrate the team's 60th anniversary in San Francisco (they arrived from New York in 1958), hopefully engaging and expanding the fan base.

WPP has consolidated branding agencies Brand Union, The Partners, Lambie-Nairn, Addison and VBAT into a new shop called Superunion. The network includes more than 750 people across 23 offices in 18 countries and client billings of more than $100 million worldwide. Clients include Diageo, FIFA, Ford, Bank of America Merrill Lynch and Vodafone.

We're handing out valentines to our favorite people — everyone who works at Doner! ❤️ #ValentinesDay pic.twitter.com/7V1wy8otTy 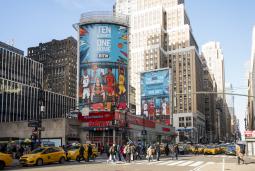 Number of the week
10 – Big Ten Network, that is. Fallon, agency of record for the cable TV network, started a campaign with help from Van Orton Design this week to create awareness around the first Big Ten Men's Basketball Tournament to take place at Madison Square Garden, with 10 of the 12 games airing on BTN. The shop focused on out-of-home marketing rather than taking the typical digital or linear TV approach.