Happy Friday and congratulations again to all of the agencies on any part of Ad Age's 2018 A-List! For those who don't know, today is National Toast Day, and while it's referring to bread, I'm going to suggest that you all grab a drink – alcoholic or not – and cheers to your success.

Now onto this week's agency news.

Bolder and older
The&Partnership and its media company m/SIX have launched a new campaign for Chico's focused on empowering women to embrace everything about themselves, including age. The #HowBoldAreYou initiative is part of an overall refresh for the retailer that encourages consumers to grow bolder with their styles as they get older. "The feminine voice and perspective has never been louder, bolder or more important. We felt it was time to break through one of the 'last taboos', especially when it comes to the way society perceives women 'of a certain age'," said Shobha Siaram, chief strategy officer of The&Partnership in a statement. The campaign assets include addressable and connected TV, print, out-of-home, social, display and more.

Back to the future
New York-based creative shop Circus Maximus has created its own theme song to highlight the agency's style and culture in a fun, corny way. The song, which has an accompanying sizzle reel video, has a major '80s feel. It was created by singer, songwriter and composer J.P. Houston, who has written for the likes of PBS, BBC, HBO and CBC. His work has also appeared on Funny or Die, "The Rosie O'Donnell Show," and kids' shows, such as "The Big Comfy Couch" and "Ruffus the Dog." Some of the cheesy lyrics include, "We're innovators, not imitators," and "It's not the size of the team; it's the size of your dreams."

Making a point
Modern Acupuncture has hired StrawberryFrog to help the health and wellness franchise use creative marketing to build out its brand. "We are thrilled to have StrawberryFrog join the Modern Acupuncture family to define our brand strategy and steward our growth nationally in 2018," said Matt Hale, co-founder and CEO of Modern Acupuncture, in a statement. The company has nearly two dozen locations now and is on track to have 60 stores by the end of the year. Strawberry Frog, founded in 1999, has helped build out a number of iconic brands over the years, such as Jim Beam, Google, SunTrust, Asics and Emirates Airlines. 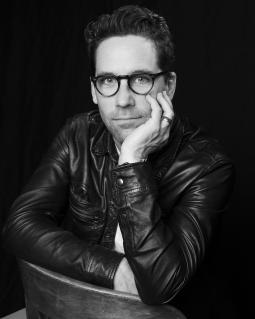 Uncommon grounds
Five agencies with uncommon capabilities across strategy, creativity, design and technology have joined forces to create Merge, which will have offices in Chicago, Boston and Atlanta. The shops that make up Merge include Hy Connect, Merge Design & Interactive, Partners & Simons, Dodge Communications and Avid Design. The combined entity has about 300 staffers and some of its clients include AIG, Harley-Davidson, Indiana University Health Systems, Marco's Pizza, Nationwide, Roche and Sloan Kettering.

Next stop: Nairobi
Weber Shandwick has opened a fully owned office in Nairobi, Kenya to support growing interest from local and multinational companies for marketing and communications expertise. Weber, which has its Africa headquarters in Johannesburg, as well as affiliates and partners throughout the continent, will use the Nairobi office as a hub for East Africa. Allan Kamau, previously head of Portland Communication's Nairobi office, has been named managing director of Weber Shandwick East Africa and will lead the new office.

Today in #BHM we honor @PauliMurrayCntr - activist, lawyer, and first Af-Am woman ordained as a priest.

"True community is based upon equality, mutuality, and reciprocity. It affirms the richness of individual diversity as well as the common human ties that bind us together." pic.twitter.com/aAc3zr6UPA

Number of the week
8 – the number of weeks until Ad Age's A-List and Creativity Awards, which means you have about two months to get your creative black tie outfit ready!