READ THIS NEXT
Agency Brief: How one shop is fighting Belgium's pervasive drinking and driving problem 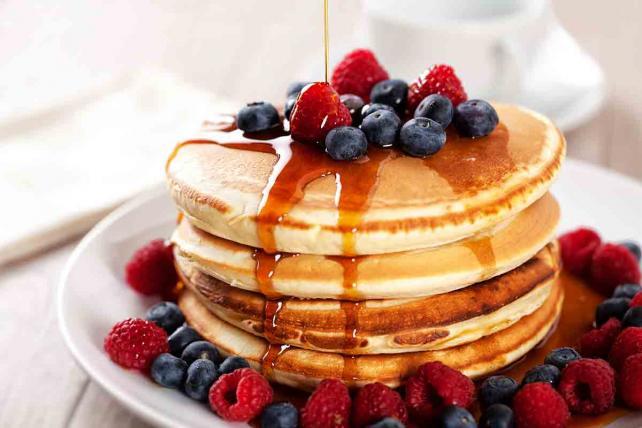 Happy Friday! Fun fact for those with a sweet tooth: today is National Vanilla Cupcake Day. And, much more importantly, tomorrow is Veterans Day, so if you see a member of our military, remember to thank them for serving our country. Better yet, give 'em a cupcake.

Now onto this week's news roundup.

Rootin' Tooty Fresh 'N Fruity for Droga
IHOP ordered up another new agency, this time one from outside the Interpublic Group of Cos. network. The pancake chain named Droga5 its creative agency of record, with work set to debut in early 2018. The switch comes three months after Chief Marketing Officer Brad Haley joined IHOP following years at Carl's Jr. and Hardee's operator CKE Restaurants. It also follows Campbell Ewald L.A. replacing Dailey L.A. on the IHOP account in 2016 following a multi-agency review that took place entirely within IPG. IHOP hopes some sharp value messaging and "breakthrough creative" helps the chain improve sales and traffic trends, President Darren Rebelez said on a conference call Thursday. IHOP's U.S. same-store sales fell 2.5 percent in the first nine months of 2017 and should finish the year down 1 percent to 3 percent, parent company DineEquity said Thursday. That's better than the drop of 5.5 percent to 6.5 percent expected at larger sibling chain Applebee's this year (Grey won that business back in March). Other agencies that work with IHOP on marketing include DeVries Global, MRM/McCann, Blacktop Creative and Initiative.

More words, more friends
Heat has launched a campaign to help promote the sequel to popular gaming app Words With Friends, which originally came out in 2009. The new version – fittingly named Words With Friends 2 – has a revitalized look, expanded dictionary, team vs. team play and more, but offers the same level of competition. To show off its new features and heritage, Heat highlighted the game's ability to create shared experiences and connect people around the world and across generations. Check out the spot, "Power of Words," above to see how Heat brought the new game to life.

Cross my heart
LG Electronics, in partnership with Huge, revealed a digital marketing campaign this week named "This is real," aimed at showing how the new flagship V30 smartphone can capture true stories about people's accomplishments and triumphs. The campaign is kicking off with a docu-style video series that features people who "promise" on camera to be authentic and honest about who they are. In December, LG will begin holding V30 events around the country celebrating people who aren't afraid to express their individuality and promise to use the new phone to stay true to themselves.

From publisher to president
Independent media agency Noble People, whose clients include PayPal, Slack and Glossier, has hired its first president. Tom Morrissy is a former publisher of Entertainment Weekly who launched his own consultancy (Morrissy & Vine) in 2008 to advise executives on new media innovation and growth strategies. He took on Noble People as a client recently and said brands and creative agencies are frustrated at the disconnect between creative intent and the media strategies and executions they find with their large media agency partners. "Our client customers and agency partners are beyond thirsty for the refreshing, innovative and impactful media solutions we bring to the table," Morrissy says. Noble People CEO Greg March, always one for a candid comment, says he hopes the new president will help bring in business, help employees better listen to client needs and advise the company on strategic investments and other changes. "And given his experience, hopefully he can even help prevent us from screwing things up along the way," March says. 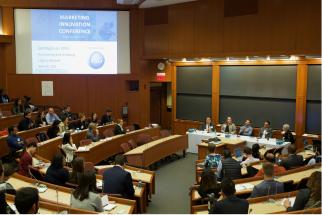 Ivy league lecture
Sandy Greenberg, CEO of Ad Age's 2017 Small Agency of the Year Terri & Sandy, moderated a panel about the CPG industry on November 5 at the Harvard Business School's Annual Marketing Innovation Conference. During the discussion, Greenberg helped her panelists navigate topics around reinvigorating legacy brands and innovating in an era where consumers' preferences change rapidly. Her panelists (in the photo above from left to right) included: Denis Sison, head of marketing excellence and global marketing services operations at Johnson & Johnson; Amanda Perry, brand director of refrigerated brands at Conagra Brand; Steven Bruch, marketing manager of Larabar and natural and organic innovation at General Mills; and Pankaj Bhalla, brand director for Gillette and Venus North America at Procter & Gamble.

"Develop a passion for learning. If you do, you will never cease to grow." - Anthony J. D'Angelo 💫⚡#WednesdayWisdom pic.twitter.com/Ov4lESWiTo

Number of the week
1-833-MOM-TIPS – this is a real tip line created by 72andSunny New York for Yoplait as part of the yogurt's brand "Mom On" campaign, which launched this past summer. The sarcastic tip line is for people who feel they have the right to offer unwarranted advice to mothers on how they raise their children (providing a respite for moms from having to hear these opinions).