Agencies Are Hiring and Agency Stocks Are Back to Pre-Recession Prices. But U.S. Ad Spending May Not Get Back to 2007 Levels Until ... 2013
READ THIS NEXT
Cannes plans may change: Hybrid virtual and in-person event under discussion

The agency business has come back to life, with U.S. revenue jumping 7.7% as the domestic market led a 2010 worldwide rebound in advertising and marketing services.

The standout performer: digital marketing, which accounted for 28% of U.S. agency revenue.

Plot line of this recovery: The recession officially ended in June 2009, U.S. measured-media spending turned northward in first-quarter 2010 (according to WPP's Kantar Media), and U.S. advertising and marketing-services firms have added 23,100 jobs since ad industry employment hit bottom in February 2010 (according to Bureau of Labor Statistics data). 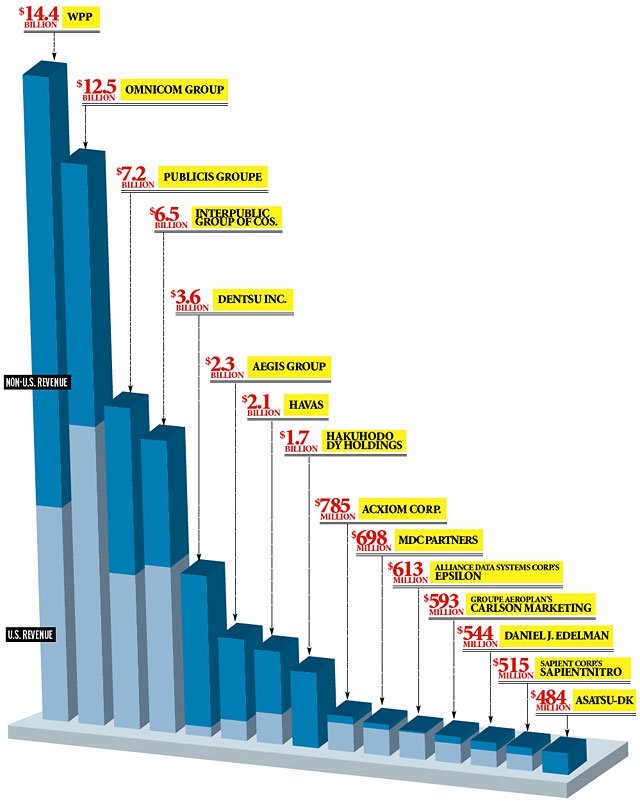 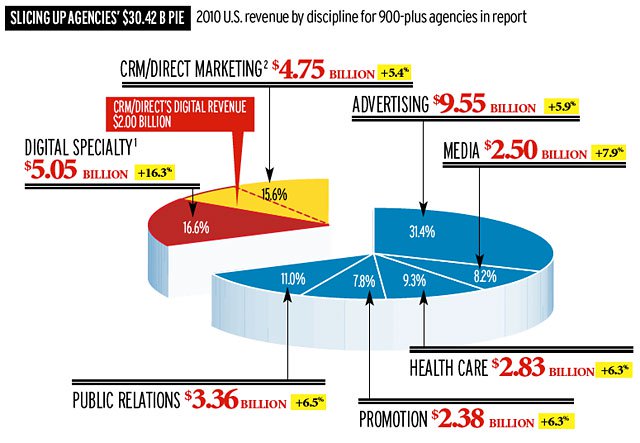 2. CRM/direct agencies had $4.75 billion in revenue including $2.00 billion from digital services.

Remember how bad things were: U.S. ad spending as a percent of gross domestic product in 2009 slumped to its lowest level in decades, and U.S. agencies in 2009 saw the sharpest revenue drop (7.5%) since Ad Age began the Agency Report in 1945.

But there is no denying the turnabout in ad spending last year as key advertising sectors including automotive rebounded from their Great Recession lows.

Omnicom in 2010 reported 8.7% U.S. organic growth (revenue growth after factoring out acquisitions/divestitures and the impact of foreign exchange), beating its 6.4% worldwide organic growth.

In 2010, Interpublic reported robust 10.1% organic revenue growth in the U.S., and Publicis posted 9.9% organic growth in North America, better in both cases than any other single region except Latin America. 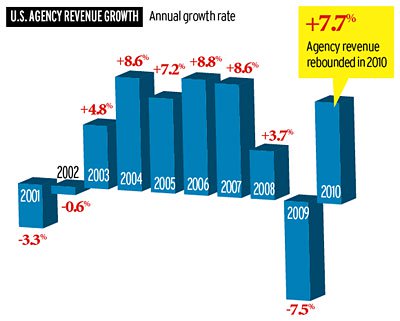 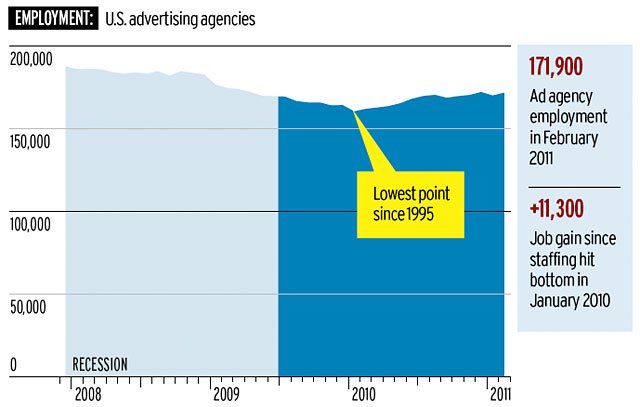