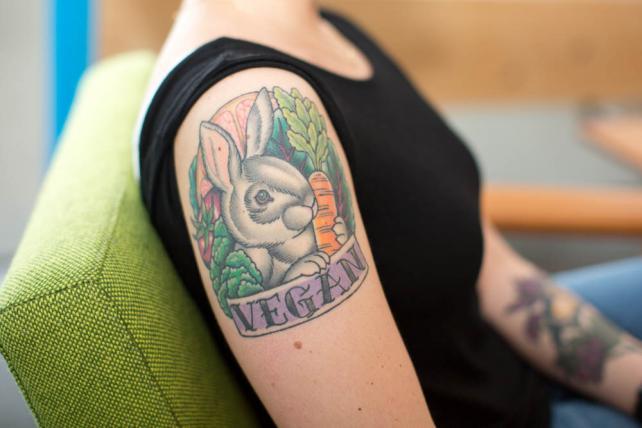 Mono Project Leader Laila Stainbrook went vegan for her first tattoo, created by Seattle artist Suzanna Fisher, who used vegan inks. Laila's nickname growing up was "Rabbit," so she worked with Ms. Fisher to create a cute bunny, one that was friendly but "not too Disney -- surrounded by an array of my favorite veggies," she said. "I've been vegetarian for about half my life and vegan for the last several years so we added the vegan script in, Suzanna sent me a sketch of the design, and off I went to Seattle. I've since been back for tattoo #2 and am mulling over ideas for #3."