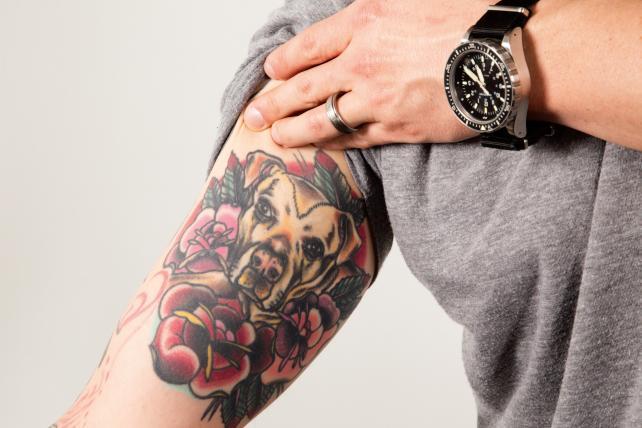 Tattoos have long been a part of Translation Senior Creative Matt Comer's life. As a kid, he watched his brother, 11 years his senior, collect them, inspiring him to do the same. One of his most meaningful tats is on the inner side of his right arm, a tribute to Bogie, a puppy he rescued and raised. Bogie was his travel companion through college and across the country. "When I finally had to put him down after a serious injury, I knew that I needed to keep him with me," Mr. Comer said. "So now, I have a portrait of him hidden on the inside of my right arm, a place where he would sleep while I read."

On his left arm, he also has a "geometric span of black and red, patters reminiscent of campfires and nature" -- or at least that's what may appear to the average observer. For him, however, they are references to family history, done in Maori and Marquesan patterns. "They nod to bloodlines, tribes, and the power of family, with space left for future additions," he said. 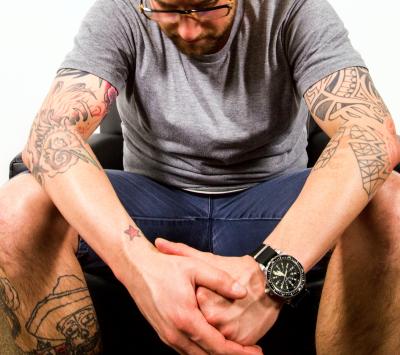