Droga5 Executive Broadcast Producer
READ THIS NEXT
How Snapchat is chasing TikTok while creators chase the Spotlight ... and the cash 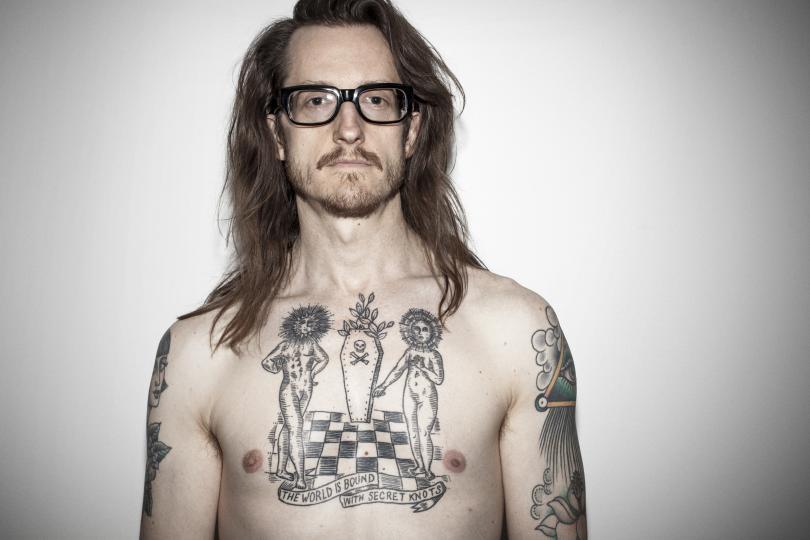 Droga5 Executive Broadcast Producer Scott Chinn has five major tattoos, each representing a key part of his life, ranging from his family's freemasonry background to his love for his wife.

The most recent addition, on his chest, was created by artist Sue Jeiven. Male and female figures with celestial bodies for heads stand on a checkered board, flanking a coffin with birch branches growing out of it. The scroll reads, "The World Is Bound With Secret Knots," the title of a text by Athanasius Kirchner, a 17th century Jesuit polymath.