In a special series, Ad Age introduces you to three executives responsible for marketing their shops via social media. First in our lineup is Bruce Stockler.

McCann Erickson, New York, has had a Twitter feed since 2008 handled by Bruck Stockler, previously corporate communications director, and now director of content and social media for McCann Worldgroup. 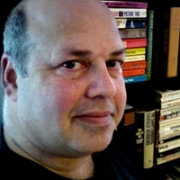 Mr. Stockler -- also a former joke writer for Jay Leno who has contributed humor pieces to newspapers and magazines -- has used his witty and sometimes offbeat perspective on current events, pop culture, science, technology and the ad business to grow the handle's audience to 21,000 followers. (Yes, he sometimes tweets agency news, too.)

A sample of his typical, tongue-in-cheek inflection: "4 million yr old bacteria, found in cave, is resistant to antibiotics. It died after exposure to "Jersey Shore."

Mr. Stockler talked to Ad Age about publications he reads to find content, his process of writing tweets on paper before he sends them into the wilds of the ether and why he doesn't tweet headlines.

Ad Age : What kind of a tone are you aiming for on Twitter?

Mr. Stockler: Being a news junkie, I wanted to read lots of articles that I [wouldn't otherwise] have time to find. So I think the tone is slightly casual and often funny because I have experience doing that , and I appreciate other people who tweet funny things. And also to not have too much of a corporate tone; I think we felt that it was a nice channel to be able to have conversations with people, and you wouldn't be doing yourself any good by making it bombastic and self-promoting.

The thing I tend to find irritating about Twitter is the echo-chamber aspect, like when all the news came out about Instagram and Facebook. After you read the 500th person retweeting about the deal, what's the value in that ? So I'll retweet something that was an alternative to that , or skip over those. I'm looking for stuff that 's not a headline, that 's a different perspective on the news. It's a good way to test your ability to catch someone's attention with 140 characters.

Mr. Stockler: I try to read all the tweets that come through the stream, even if I'm just skimming them, to see what people are saying. And then I try to click on and save some of the links among people I'm following. I check to see if we have new work posted on our McCann New York web page, and I'll repost that . I read a lot of the papers in the morning -- the Times and the Journal -- and a lot of papers online. If it's something I find really fascinating, I'll jot a note to myself and tweet that when I come into the office.

I have certain magazines I skim every day online ... Scientific American, Arts & Letters Daily and Boing Boing. There's a great website, Brain Pickings, which is carefully curated content. So if I find stuff in there that I like I'll tweet it, or it will give me an idea to tweet something else.

There might be stuff in the headlines. For example, I did a bunch of tweets about the Supreme Court's upholding the strip-search law, which I found ludicrous. [Editor's note: An April 4 tweet from Mr. Stockler -- "What do the Supreme Court and Madonna have in common? They're both in love with random strip searches."]

You try to avoid politics and religion while tweeting at a big corporation, which is common sense. [And] there was one ... about somebody in Brooklyn who killed his roommate because he was being noisy. If you live in New York you can sort of understand that crazy behavior. I mean, it's macabre, but Twitter's good at sharing those New York Post stories that you might not normally read.

Ad Age : Do you set any rules for yourself?

Mr. Stockler: The best rule for anyone is , think before you tweet. I'll usually write out the tweet, and then I'll stare at it just to see. Because we're all prejudiced and shortsighted and dumb in our own ways, so god forbid you tweet something that you think is fine. Just the way it's written or the punctuation or anything -- you tweet it, and you realize you said something that could be construed as offensive. Especially when you're writing something funny. Humor is very personal.

Ad Age : Do you think the handle's voice sounds like you?

Ad Age : Does your your background as a joke writer help you craft tweets?

Mr. Stockler: I was a freelance joke writer for Jay Leno for a couple of years. It's funny, because jokes really are structured (if you look at how Letterman and Leto structure the jokes) in a very short way. There's a setup line and a punch line. The great thing about Twitter is you can do the setup line, and then the punch line can be the actual click-through, so you actually write something funny, but [followers] don't get to the punch line until they click through and see where the link takes them. So it really is its own sort of art form in that way.

Ad Age : You seem to really enjoy it. What's your favorite part about tweeting on behalf of McCann?

Mr. Stockler: I really love it. ... When I first started I didn't know that McCann had a Sri Lanka office. Someone tweeted from Sri Lanka, and I started talking to them privately. And you talk to people from other networks. I have people at Deutsch and R/GA that I talk to over Twitter because I like what they have to say and they're very smart.

I really enjoy when people tweet questions about the office when they're looking for jobs or internships or advice. There are professors who tweet and want to know if someone here could speak to a class, or if we have any research on a certain topic. Writers look for background on advertising. So you get a lot of people reaching out, and it's fun to be able to engage with them in this really direct way.