AKQA Chief Creative Officer James Hilton is leaving the WPP digital agency giant he co-founded 20 years ago to start his own design firm in London. Rei Inamoto, AKQA's lead creative for the U.S. and Asia, will succeed him in the global lead creative role.

Mr. Hilton and CEO Ajaz Ahmed founded San Francisco-based AKQA in the mid-90s, and over time they've expanded it globally to 14 offices.

WPP bought AKQA in 2012. Buyers often try to keep key people in place at agencies they acquire with "earnouts" that pay out after a certain time, but it's not clear whether Mr. Hilton agreed to an earnout in that deal. AKQA declined to comment on the question.

Mr. Hilton's next endeavor will be an interior and product design company called AtelierStrange.

"My 20-year journey with Ajaz and AKQA has been nothing short of transformational," Mr. Hilton said in a statement. "While I am sad to be leaving the family that has made me who I am today, I am excited to begin this new journey into the unknown. Since I can remember, I have loved creating worlds. Building physical environments and the objects with which to fill them is the next logical step in my creative development." 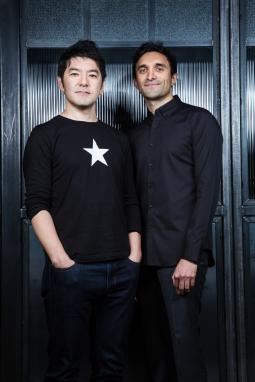 "Rei and Duan consistently demonstrate remarkable creative inspiration and are driven by imaginations that have no boundaries," said AKQA CEO Ajaz Ahmed in the statement. "We are delighted to recognize Rei and Duan's contribution, while looking forward to the distinguished influence their leadership will have on our work, the next generation of talent, and the future."

Mr. Hilton won't completely disappear from the AKQA circle. He'll become the chairman of a new group called AKQA Alumni, through which alumni will host events, share ideas and provide mentoring for the next generation of talent, the agency said.