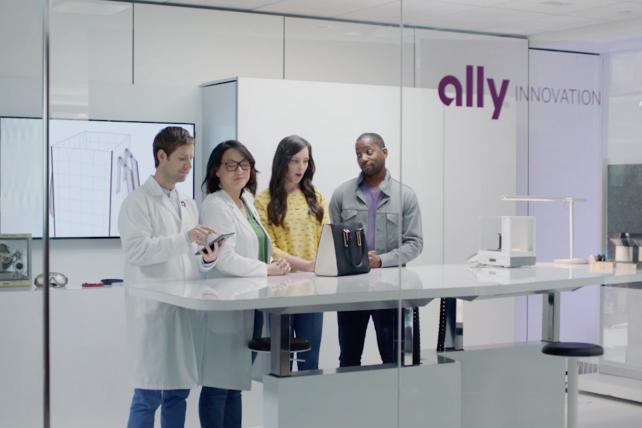 In an unusual move during a time when marketers are trying to get more out of agencies for less, Ally Financial says it will provide all agencies in the final round of its creative, digital and media account review with a five-figure stipend.

Incumbents Grey on the creative side and Spark Foundry for media and digital have been invited to pitch for the business. Representatives from Spark confirmed that the agency will look to defend the business, while Grey declined to comment.

Ally has worked with Spark for about 10 years and Grey for more than six, and given how much the brand has changed, Brimmer says it's the right time to explore other agency options.

In the past, Ally has mainly only marketed its savings and b-to-b auto products, and in the last year, it's added mortgage and online investment services, a credit card and direct-to-consumer auto loans. "Given how much Ally has matured and evolved, we need to go out and talk a new group of partners," says Brimmer.

The reason why Ally has decided to pay finalists, which will range from three to five agencies in each review, is out of respect. Brimmer spent about 20 years on the agency side, and she says many people on her team also have agency backgrounds, so they all know how much work and expense goes into the pitch process.

Brimmer says that Ally wants to reward the talent and the time the agencies spend on coming up with ideas for the RFPs. "We want to establish from the get-go that we believe that agencies are partners and they have a seat at the table and the closer we get to one another, the better the work will be," she adds.

The decision also aligns with Ally's tagline of "Do It Right," which focuses treating others the way you want to be treated.

Ally expects to name a winner by the end of May or early June, with the hope of new creative being in market by the fourth quarter. Brimmer says the work in financial services has to be "extremely breakthrough," so it's looking for the winning agencies to be disruptive in thinking and approach.

Budget information and the exact stipend amount were not disclosed.